The Invincible Flame of Narayanpatna: An Interview with Dandapani Mohanty

The Invincible Flame of Narayanpatna: An Interview with Dandapani Mohanty November 18, 2012 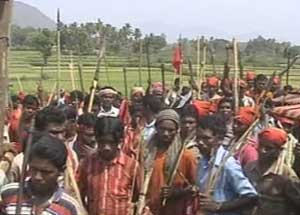 [Amitabha Kar interviews Dandapani Mohanty about the genesis of Chashi Mulia Adivasi Sangh (CMAS), the oppressive conditions that the adivasis and CMAS members have had to face,what the movement has achieved so far and its agenda, CMAS’ differences with CPI (ML) – Kanu Sanyal, and CMAS’ decision to participate in panchayat elections.
– Editors, http://laalnishan2012.blogspot.in]
[Shree Danda Pani Mohanty one of the interlocutors played a crucial role to solve the recent hostage crises arisen from the abduction of two Italians and one MLA from Laxmipur – Mr. Jhina Hikaka. Here is the excerpt from the conversation held on 3rd June’2012 between Shree Mohanty (DPM) and Shree Amitabha Kar (AK).]
AK: The abduction of two Italians and one MLA in two separate incidents had brought Narayanpatna’s adivasi movement led by Chashi Mulia Adivasi Sangha (CMAS ) to the fore in the national arena. Would you please explain first the salient features of this movement?
DPM: Recently a fact finding team of DSU (Democratic Student Union) comprising from the students of Delhi University, Jawahar Lal University and IGNOU published a report in a booklet “The Flames of Narayanpatna” after visiting the area from 11th April 2011 to 16th April 2011. Please allow me to quote the following passage for your query.

“This movement has been variously described as an anti-liquor movement, a struggle for land, a tribal movement and so on…. Though the movement includes all the above mentioned aspects, its aims are no less than a revolutionary transformation of the social relations and establishment of peoples’ political power”. (1) 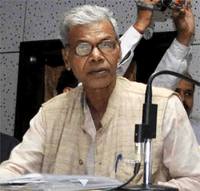