The Invisible Reality of Rape in India #Vaw 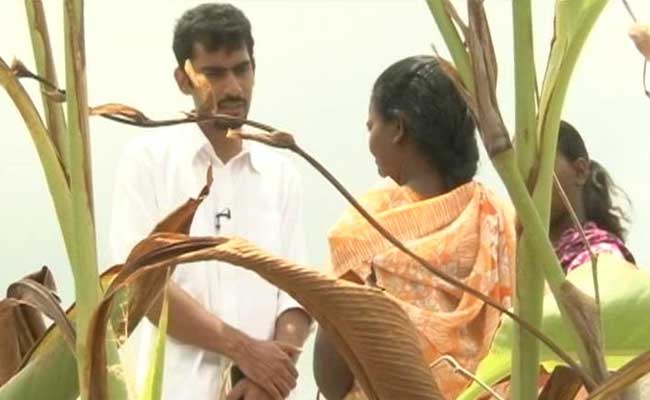 The NCRB numbers for 2014 show that across the country, acquaintance rape is as high as 85 per cent of the total number of cases.

NEW DELHI:  (Names have been changed to protect the survivor’s identity in several cases)

In Ranchi, in the office of the Association for Advocacy and Legal Initiatives, a group that works against sexual violence, we met Rani (name changed), 12 years old, and her mother. Rani worked at the home of a woman police constable. One night in April 2014, when the constable was on duty, the husband, who had been drinking, allegedly raped the girl. “I called them bade papa and bade amma,” Rani told us, adding that she had never been ill treated by the family before. When the case was finally registered, the girl allegedly received threatening calls from the constable, pushing her to drop the charges. “She cursed us and called her a liar. She said we had framed him for money,” the mother said.

The nature of this assault, depressingly, is representative of rape in India, in sharp contrast to how sexual violence is widely perceived. In public imagination, instances like the Delhi gang-rape have come to define ‘the rape problem’ – women attacked by strangers in a bus, or in an abandoned mill.

But a new study of rape in Mumbai, as well as new data from the National Crime Records Bureau (NCRB) suggests the danger is far more likely to come within the Indian home, or in a familiar space.

The NCRB numbers for 2014 show that across the country, acquaintance rape is as high as 85 per cent of the total number of cases. This is a drop of 10 per cent from the previous year, but still a high figure.

In a far more detailed study, Majlis, a Mumbai-based group working on sexual violence cases, which examined 644 recorded rape cases in the city between 2008 and 2015 and found that just 9 per cent were stranger rapes. In the 91 per cent remaining cases, the offender was known to the victim.

“This is very disturbing because most of our focus is on public rapes,” Flavia Agnes, founder of Majlis, told NDTV. “And most of our policy response is also thinking that most rapes are in public.”

These findings mirror a consistent pattern of high prevalence of acquaintance rape. A recent study by The Hindu of hundreds of rape cases registered in Delhi in 2013 came to the same conclusion. “Of 162 cases, just 12 involved strangers and 30 involved family, while a 111 involved neighbors,” said Rukmini Shrinivasan, the paper’s National Data Editor.

According to Majlis, within the ambit of acquaintance rape, rape by a friend, neighbour or trusted person was nearly double that of rape by a family member. But this may also be because abuse by family is the hardest to report.

A chilling example is the case of Bharti (name changed), a sweeper supporting her husband, their four daughters and her in-laws.

Five years ago, she found her father-in-allegedly law abusing her elder daughters on the pretext of sleeping with them.

Her attempts to confront him were crushed by her mother-in-law and her husband.

Then, two years ago, she allegedly caught him red-handed assaulting one of her younger daughters. It was only then could she overcome family resistance to file a complaint with the police, leading to his arrest. Harassment by relatives began immediately. The girls’ uncles accosted them at home, on their way to school, asking that the case be withdrawn.

These challenges stand at odds with the commonly prescribed solutions to sexual assault – such as heavy police patrolling, CCTV cameras, better street lighting and so on, which while crucial in addressing public safety for women, do not tackle the high prevalence of acquaintance rape, taking place inside the domestic sphere.

“If you are talking of those cases which have been committed by people who are known, they cannot be actually prevented by police,” said OP Mishra, Delhi’s deputy commissioner of police for operations. “The role of the police can come post the event, once the crime is reported. It’s supposed to act as per the standard legal protocol, registration of the case and then investigation, filing of charge-sheet.”

But activists working with victims of violence claim that the police response is still far from adequate. “We found that young girls were made to wait in the police station for long hours. Then a lot of police officers would question her, asking her to repeat her story,” said Audrey D’mello, the director of Majlis. “They would pose questions like ‘Would like your father to be in jail for 7 years?’, ‘How would you get married?'”

Recent laws – the Protection of Children from Sexual Offences (POCSO) Act and the Criminal Amendment Act – did attempt to tackle the menace of acquaintance rape, if not directly, at least in ways that make it easier to report abuse. Statements are now to be recorded, by a woman officer, at the complainant’s home or any place she feels comfortable. She’s never to be asked to stay the night in the police station. For children, a parent or a trusted guardian has to be present. At no point during this is the complainant to be confronted by the accused.

The new laws also place severe penalties if the accused is a protector, or in a position of power: a parent, employer or teacher.

But there is a long way to go.

The POCSO Act also has directions for the judiciary: setting up of special courts resembling children’s homes, the sensitive recording of their testimonies and examination by lawyers. But, these trials are still in regular courts. “In the dozen cases that I have done since 2013, what happens is that the hearings happen in the front of all the lawyers whose cases are up for hearing for that day” said Pyoli Swatija, Bharti’s lawyer. “If somehow the public prosecutor objects, then the judge might ask the others to go out.”

The experience in courts is not always bitter and recent judicial pronouncements have addressed the problem. In 2013, the Delhi High Court observed: “There are scores of children in our cities, towns, and villages who are subjected to unwanted physical contact by adults. Most of it does not get reported. When it does get reported, they are subjected to the same grueling process of cross-examination. The result is incoherent testimony which is then torn to shreds by a skillful lawyer. It is time that the legislature considers bringing about changes, at least in certain areas as regards the role of judges from being umpires in a typically adversarial system to donning an inquisitorial role.”

The Delhi Police, for its part, is attempting to be more responsive. Its north east district, a region which reports among the highest cases of rape in the city, is now the site of an unusual experiment. In a program called Sakhi launched in August by its new DCP, Veenu Bansal, the police visit schools, talking to students about sexual violence and encourage children to report cases. “We realize that a very large number of girls go through such traumatic experiences. But, they don’t have an opportunity to report it,” Mr Bansal told NDTV.

In the very first month, the police received several complaints, three of which have led to FIRs and arrests.

In one case, a 11-year-old girl confided in the woman constable who’d visit the school. In this case, the girl alleged that her older brother was abusing her. He was arrested. But when she appeared before a magistrate, the girl retracted and put all the blame on two schoolmates. “She said she was forced to name her brother,” said Suneeta, the officer investigating the case.

Such instances only underline the fact that even with sensitive, pro-active policing, rape by acquaintances tests the limits of role of the state. Addressing it needs, a far greater social acknowledgement of the phenomenon, one that is missing from the public conversation around rape.