The Jungle Book landscape is scarred by development projects 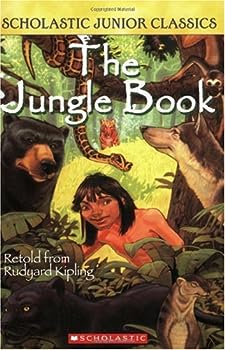 Nagpur: The Disney remake of Rudyard Kipling‘s classic ‘The Jungle Book‘ revolving around ‘adventures of Mowgli in jungles of Seeonee’ may be pulling crowds but if the man-cub were to return today, he would find the landscape unrecognizable.Srushti Rithe, a Std XI student, saw the Hollywood film ‘The Jungle Book’ and thereafter developed an interest in reading the 1939 edition of the book brought by her father conservationist Kishor Rithe, she got curious about the vast expanse of forest Kipling wrote about. “I read how Mowgli, raised by wolves, was kidnapped by the ‘bandar-log’. As the whole tribe of monkeys swept along the tree-roads with Mowgli their prisoner, he saw a sea of forests stretching for together,” Srushti said.

Several places described in the book were actual locations in Seoni district like the ‘Seeonee hills‘, Kanhiwara village and the Waingunga river gorge where Shere Khan was killed.

“But when I went to Pench landscape last week, I saw a sea of destruction all along. Thousands of trees have been cut to widen NH7. There are encroachments in forests and many villages and resorts have come up in Mowgli land. The forest described in ‘The Jungle Book’ just doesn’t exist,” Srushti said. Her father stunned when the teen asked where was Mowgliland described in the book.

“What can I say? There has been assault after assault on Mowgliland for development, the latest being NH7 widening, we lost vast stretches of forests to copper, manganese and coal mines in Malanjkhand, Balaghat, Seoni. For dams like Totladoh in Pench and Bawanthadi over 100 sqkm forest area was destroyed,” says Rithe.

Even Jon Favreau, film director, laid stressed on conservation. “In Kipling’s time, nature was something to be overcome. Now it is to be protected,” he had said.

TOI talked to several students who were impressed by the movie but peeved at the fact that the forest of yore has changed today. “The remaining tracts you see today could be saved only turning them into tiger reserves and sanctuaries Pench and Kanha. We will need rebirth to see the lost glory of Mowgli land,” says 11-year-old Manas Sanjay Mehta, a student.

“There is huge web of existing and coming broad gauge rail network in Mowgli land. Most of it cuts the Pench-Kanha tiger corridor,” says Wildlife Trust of India‘s Prafulla Bhamburkar.

A Global Tiger Initiative (GTI) report of 2014 ‘Supporting sustainable landscapes in Central India‘ says, “Over the last 300 years, the highlands lost 78% of forest cover to agriculture and urbanization. In the past few decades, the rate at which the human footprint expanded has been unparalleled. Yet, this is a global-priority tiger conservation landscape. More than 40% of India’s tiger population live in the larger Central India landscape.”

The natural wealth of Mowgli land has also been described in 16th century ‘Ain-i-Akbari’, the constitution of Mogul emperor Akbar.

“The concept of nature has disappeared and the forest is managed commercially. There are water holes for wildlife, which were not there earlier. Elephants, wolves, wild buffaloes shown in the movie have become extinct in Mowgliland,” said wildlife biologist Milind Pariwakkam. In the movie Shere Khan is killed in a forest fire. “Animals didn’t even know about fires and called it red flower. Today, forest fires are common and threatening the animals,” Pariwakkam added.http://timesofindia.indiatimes.com/city/nagpur/The-Jungle-Book-landscape-is-scarred-by-development-projects/articleshow/52017293.cms