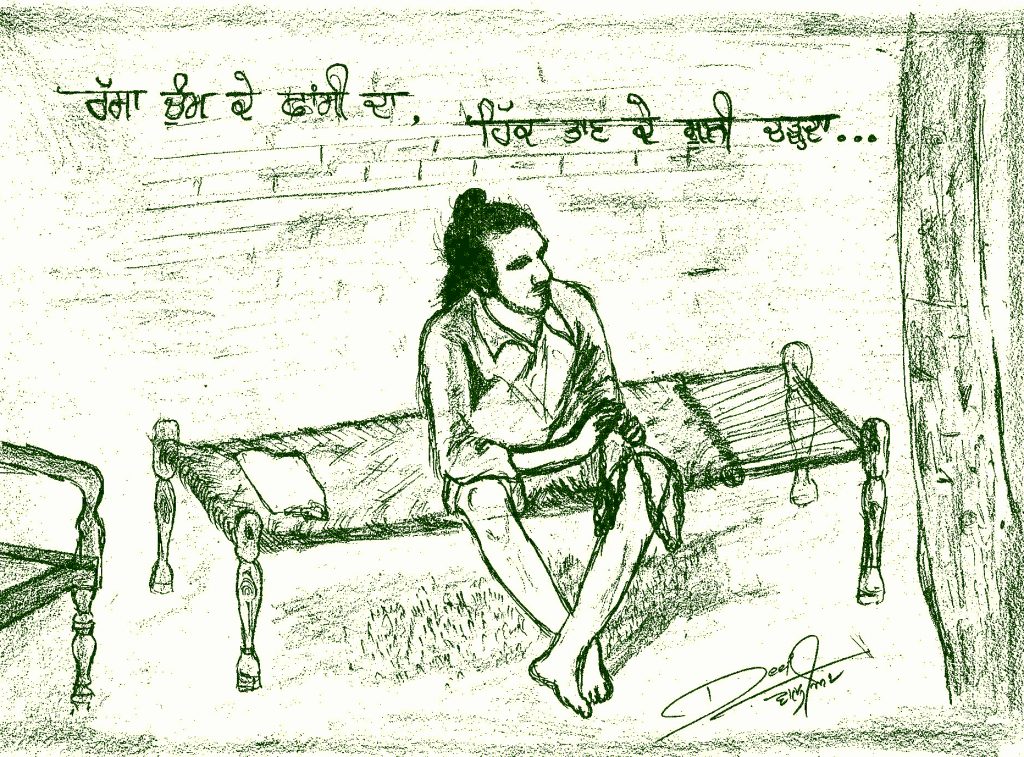 On 22nd March, Bhagat Singh wrote the last letter of his life to his comrades and the last words he spoke from gallows were-Inqilab Zindabad and Down with Imperialism, spoken so loudly by all three martyrs-along with Sukhdev and Rajguru that the sound of slogans went beyond walls of Jail to nearby villages as Madan Gopal Singh, the famous Sufi singer recalled in memoirs of his father, celebrated Punjabi poet Harbhajan Singh, who heard those slogans in nearby village to Lahore jail.Sharing the last letter of Bhagat Singh and also a good write up on historic Dwarkadas Library, educative nursery of Lahore revolutionaries, which supplied them up to date books on Socialism and literature through its Librarian Rajaram Shastri, who later remained a member of Parliament. –

(The last letter Bhagat Singh wrote to his comrades on 22nd March 1931, a day before his execution. Some of Bhagat Singh’s comrades thought that he could still be saved from gallows by taking him out through jailbreak. While appreciating his comrade’s concern, Bhagat Singh underlines the significance of his own execution for the country, which indicates to his farsightedness and political maturity.)

It is natural that the desire to live should be in me as well, I don’t want to hide it. But I can stay alive on one condition that I don’t wish to live in imprisonment or with any binding.

My name has become a symbol of Hindustani revolution, and the ideals and sacrifices of the revolutionary party have lifted me very high – so high that I can certainly not be higher in the condition of being alive.

Today my weaknesses are not visible to the people. If I escape the noose, they will become evident and the symbol of revolution will be tarnished, or possibly be obliterated. But to go to the gallows with courage will make Hindustani mothers aspire to have children who are like Bhagat Singh and the number of those who will sacrifice their lives for the country will go up so much that it will not be possible for imperialistic powers or all the demoniac powers to contain the revolution.

And yes, one thought occurs to me even today – that I have not been able to fulfil even one-thousandth parts of the aspirations that were in my heart to do something for my country and humanity. If I could have stayed alive and free, then I may have got the opportunity to accomplish those and I would have fulfilled my desires. Apart from this, no temptation to escape the noose has ever come to me. Who can be more fortunate than me? These days, I feel very proud of myself. Now I await the final test with great eagerness. I pray that it should draw closer.

Treat suicide survivors with Compassion, Not with iron hand
Has PM Modi bowed to US pressure on patent laws?
Mirza Ghalib - The soul healer
Top 5 richest Indians have half of nation's billionaire wealth #WTFnews