The Looming Perils Of Child Marriage In India 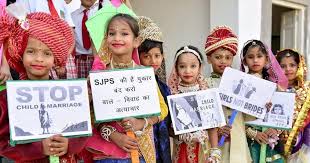 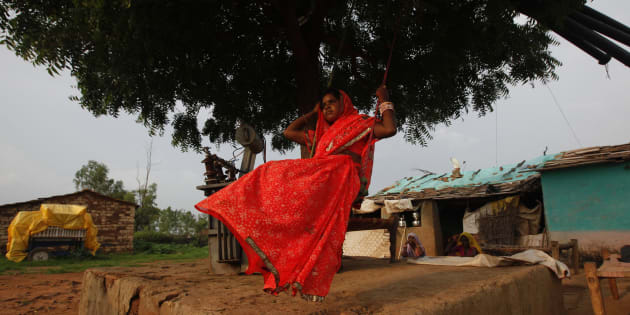 DANISH SIDDIQUI / REUTERS
Child bride Krishna, 12, plays on an improvised swing outside her house in a village near Baran, located in the northwestern state of Rajasthan, July 30 , 2011.

Long before the Prohibition of Child Marriage Act in 2006, Child Marriage was forecast as a social menace and The Child Marriage Restraint Act 1929 (also known as the Sarda Act), attempted to outlaw child marriage in the British India Legislature. However, it lacked implementation, largely due to the fear of British authorities losing support from communalist groups.

Over seventy years later, India still struggled with the issue, subsequent to which, solemnisation of child marriage was prohibited under The Child Marriage Act of 2006.

But are we really abiding by the law yet? Out of every 28 child marriages that occur per minute in the world, more than two take place in India. According to data, everyday 3,603 new cases of child marriage were still being added to the existing number.

The geographical pattern on the prevalence of child marriage in India shows that rural areas accounted for 75 per cent of the total child marriages as on 2011 and a state-wise assessment shows huge inter-state variation. The seven states (Uttar Pradesh, Andhra Pradesh, West Bengal, Rajasthan, Bihar, Maharashtra and Madhya Pradesh) together account for 70 per cent of child marriages in the country.

Despite various legislations, India continues to turn its back on the perils of child marriage – both legally and socially. Even till date, seen as a panacea to secure their future, girls from poorer homes, scheduled caste and tribes, and with lower education are married off at a young age. NFHS -3 data from 2005-06 revealed that 47.4% women aged 20-24 years were married before the age of 18, while the latest NFHS-4 data (2015-16) shows a significant decline to 26.8%.

While there is a substantial drop in the number of boys and girls married off early, national and state averages mask realities, since states with low indices have belts with a high prevalence rate and the practice is still rampant. Moreover, going by absolute numbers, based on a sizeable population, India has the most number of child marriages, making it home to about one-third of global number of children getting into union before legal marriageable age.

The End of Childhood report 2017 by Save the Children indicates for the period 2011-2016, 21.1% adolescents between the age of 15-19 years were getting married and these estimates do not include consensual unions. India ranked an astounding 116 out of 172 countries on the Complete End of Childhood Index, where child and adolescence marriage have had a domino effect on children out of schools, adolescent birth rate, victims of extreme violence, severe malnourishment and mortality rates.

Going by absolute numbers, based on a sizeable population, India has the most number of child marriages, making it home to about one-third of global number of children getting into union before legal marriageable age.

Early marriage has devastating consequences on a child’s life, effectively ending childhood by forcing them into adulthood and motherhood for girls before she is physically and mentally ready. For as many boys get affected by child marriage, a girl child, raised to be homemakers eventually, has restricted educational opportunities, which creates a vicious cycle for the next generation of girls.

According to Census 2011 data, India had nearly 12 million Indian children married before they turned 10. And of the ten million, 5.4 million were illiterate, and 80% of them were female. Furthermore, almost 13 % of girls between 15-19 years of age are subjected to sexual violence by their husbands, which gets overlooked due to societal pressures of adhering by the union.

Consequentially, due to lack of education, girl brides face the perils of teenage childbearing, unaware of the ill effects on health –both on self and the child. A teenaged pregnant girl is five times more likely to die in childbirth. Those who survive, face exposure to sexually transmitted diseases, due to poor knowledge of sexual health.

There is also a substantial number of similar cases among the unaccounted group of children and adolescents – those living on streets.

A teenaged pregnant girl is five times more likely to die in childbirth.

Child marriage is a grave violation of child rights and the UNCRC framework protects children from abuse, exploitation and violence. More so, the girl child is at a detrimental crossroad of being a girl and a child, which makes her protection needs more crucial and needs multidimensional.

Civil society, government bodies, and concerned individuals are consistently and diligently working together to fight child marriage, mapping out-of-school children, providing gender-sensitive material and reaching out to them. While the government is taking immediate steps to value children, their right to flourish and be protected from detrimental factors needs to be implemented more effectively.

And there needs to be a commitment to ensure that the SDG targets are met incorporating all people and more importantly – all segments of society. This will require governments to take some key pledges towards bettering children’s lives to ensure no child is robbed of childhood due to child marriage, has indiscriminating access to quality education and sexual and reproductive health information.

To achieve these marks, the government has to increase income generating activities to improve household resources, which in turn, will provide security to childhood.

The proliferation to boost awareness against this childhood ender is being multiplied, and going by key indicators in NFHS-4, the results are encouraging. However, we need to further diminish the numbers. India seems committed to achieving the Sustainable Development Goals including Goal 5 and sub target 5.3 that focuses on elimination of all harmful practices such as early and forced marriage; to achieve gender equality and empower all women and girls.

To achieve this by 2030, the country needs societal support to change perceptions and empower the next generation of girls in their fight against cruelty, injustice and ignorance while we ‘Leave No One Behind’