The Massacre: Over 30,000 workers of Paris were Killed 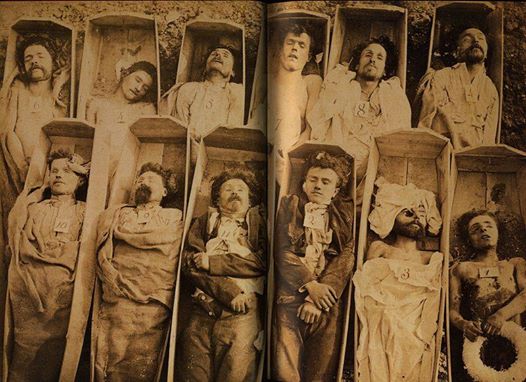 Less than three months after the Commune was elected, the city of Paris was attacked by the strongest army the French government could muster. 30,000 unarmed workers were massacred, shot by the thousands in the streets of Paris. Thousands more were arrested and 7,000 were exiled forever from France.

❝ It was only after eight days’ fighting that the last defender of the Commune were overwhelmed on the heights of Belleville and Menilmontant; and then the massacre of defenseless men, women, and children, which had been raging all through the week on an increasing scale, reached its zenith.

The breechloaders could no longer kill fast enough; the vanquished workers were shot down in hundred by Cannon Balls fire (over 30,000 citizens of Paris were massacred). The “Wall of the Federals” (aka Wall of the Communards) at the Pere Lachaise cemetery, where the final mass murder was consummated, is still standing today, a mute but eloquent testimony to the savagery of which the ruling class is capable as soon as the working class dares to come out for its rights.

Then came the mass arrests (38,000 workers arrested); when the slaughter of them all proved to be impossible, the shooting of victims arbitrarily selected from the prisoners’ ranks, and the removal of the rest to great camps where they awaited trial by courts-martial. The Prussian troops surrounding the northern half of Paris had orders not to allow any fugitives to pass; but the officers often shut their eyes when the soldiers paid more obedience to the dictates of humanity than to those of the General Staff; particularly, honor is due to the Saxon army corps, which behaved very humanely and let through many workers who were obviously fighters for the Commune. ❞