The Pandemic, Welfare States And The Need For ‘Food For All’ 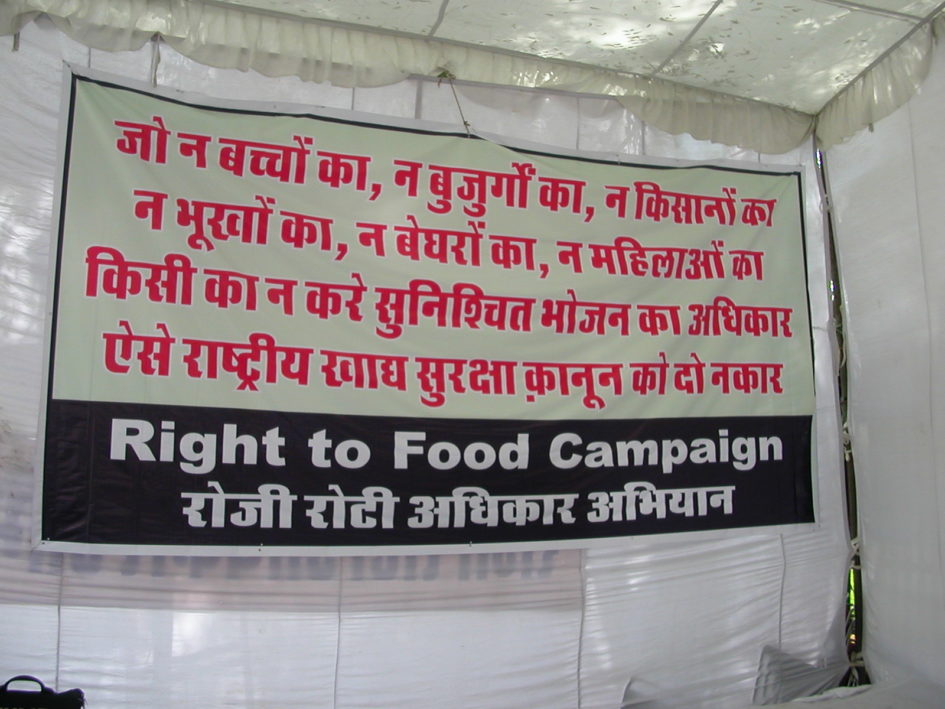 Title: The Pandemic, Welfare States And The

The Right to Food campaign which began in 2014 is an informal network of people and organisations coming together to achieve the goal of the right to food for all of India’s citizens organised their second session in a series of sessions titled ‘Pandemic and the Welfare State’ on June 14. The second session’s theme was ‘Food for All’. It discussed the many aspects of providing food for all, the challenges faced during the pandemic, the state’s reactions and actions and the possibilities of achieving food security for all.

The context was provided by the individuals involved in the Right to Food Campaign – Dipa Sinha, Raj Shekhar, Sumeet Panda and Mrinalini Paul. Recent surveys on hungerwork have shown that both employment and procurement of food are challenges being faced in both rural and urban areas of the country, amplified due to the global pandemic and the nationwide lockdowns. Despite there being a record 100 million tonnes of foodgrains in FCI godowns, we see people struggling to obtain food especially with the lack of ration cards. Despite the Supreme Court ruling that dry ration be provided to families regardless of ration cards, not enough action has been taken by the centre and the states. Although some states such as Delhi, Telangana, Kerala, Manipur, Maharashtra, Punjab, Tripura and Tamil Nadu have worked on providing dry ration to workers and other individuals, there still continues to be an overarching decrease in food security. In states where linking of Aadhar cards are mandatory for issuing Ration cards, such as Madhya Pradesh, many technical issues are being faced considering many Indian citizens still do not have Aadhar cards. Mid-day meals have been reduced or their qualities have been substantially reduced, there have been delays in cash transfer schemes even in maternity entitlements.

Vandana Prasad speaking about the impact on women and children pointed towards how women and children in any community and situation have always suffered the most when it comes to food security and nutrition. With the pandemic, women’s situation worsened as they dealt with lack of employment, lack of family income while their unpaid care work increased substantially. The little data that is available paints a bleak picture. In Madhya Pradesh a study conducted in 122 villages showed that pregnant and lactating women received 70% less calories than they should have. Children had 50% the calorie intake they ideally should. Other studies have shown that young children haven’t been de-wormed and have not received proper iron and folic acid. Another study shows that 35% of pregnant and lactating women didn’t get ‘ready to eat’ formulas from anganwadis. We also see how budget cuts have happened for anganwadis during the pandemic which lead us to imagine a future with worse statistics. Rohit Parakh spoke about decentralised measures for food sovereignty and security within local communities. Two important points he touched upon were about the re-introduction of millets with proper training which lead to an increase in consumption and the introduction of kitchen gardens which increase the dietary diversity among families. Siraj Hussain discussed the need for the Public Distribution System (PDS) to cover more people while pointing out the hesitations of the government in taking up such measures. He also talked about the Direct Benefit Transfers (DBT) and how that might be a way of re-imagining these measures for the future. Reetika Khera discussed in length the technological issues that crop up with DBTs and the ‘One Nation. One Ration.’ scheme which hinges upon the linking of the Aadhar without creating provisions for those who do not have the Aadhar at all.

The second round of discussion started with a presentation of videos highlighting the ground situation of women and children during the pandemic in different parts of the country. Women in Vardhaman district of West Bengal complained about the irregularity in the delivery of dry ration under the Anganwadi Services Scheme, especially during the second wave of Covid-19. The dry ration which mostly includes rice, dal and potato, provided during the lockdown were often returned due to poor quality of the products and the authorities failed to reimburse for the same. It was said to be a common problem in various other districts of the state. Another video displayed a helpless situation of a woman from one of the slum areas in UP, pleading the government to provide basic food like dal and chawal to her family since she does not have any government approved identity cards to access the food provided under various schemes. The speakers were then asked to initiate the second round with their suggestions on what should be the effective response of the state or the central government and the role of civil society in order to curb the current food crisis in the country.

In our discussion on ensuring food for all, the most ignored category is the lactating women and the nutrition that is required for those mothers who breastfeed their children is often neglected as pointed out by Vandana Prasad. She further spoke about how the misconception of breastfeeding during the pandemic raised fear among many mothers which led to the decline in the nutritional level of the children. Moreover, the government reduced the budget of Anganwadi scheme compared to the allocated budget before the pandemic. Due to the government imposed lockdown in the country, the situation of women and children completely changed as many services stopped and it made a huge impact on adolescent health since it worsened during this time.

Prasad suggested that in order to guarantee necessary nutrition and proper health conditions for women and children, Anganwadi and midday meals in schools should not be stopped and proper measures should be taken to ensure vaccination for all.

Rohit Parakh discussed the importance of introducing millets in more locations, other than Chhattisgarh, Madhya Pradesh and Maharashtra. He spoke on how the focus on dietary diversity and self consumption is important. Moreover, food fortification should focus on promoting unrefined cold-pressed/filtered oil, unpolished, semi-polished grains and the government must keep in mind that mandatory fortification should not go ahead as the the main priority is to avoid conflict of interest regarding the matter. When asked about the political economy of food export, Siraj Hussain responded that according to him, there is no connection between PDS and food export. He further highlighted the importance of direct economic support to make agriculture viable. For instance, he appreciated the steps taken by some states to assist people with cash relief support in addition to ration support during the pandemic last year.

Ritika Khera expressed her disagreement with the whole idea of technocracy, as it widens the gap of inequality in the country. People are disempowered because of the measures adopted by the government to database and centralise everything in the country. Khera mentioned several problems faced by a major part of the population due to technocracy, such as educational loss for underprivileged, inaccessible vaccine registration process, threat to data privacy, problem in fortification and computerization. She suggested that the government should focus on narrowing down the gap of inequality and ensure that technology benefits everyone in the country.

The webinar ended with a question and answer round where the moderators took questions from the audience to have a more detailed discussion on the issue and to ensure that the concerned authorities take necessary steps so that everyone in this country has access to proper quality food and good health.

Authors’ Bio: * Isheeta is a features writer and a student of Gender Studies at Ambedkar University, Delhi. She enjoys dissecting popular culture through a gendered lens, adding new books to her overflowing book rack and sipping coffee in quiet corners. She is currently an Intern at Kractivist.org.

*Europa is an art enthusiast, an occasional reader, a musicophile and in her head, she’s living in the 60’s in a faraway land mostly chilling with Janis Joplin and Bob Dylan. Currently, doing her Master’s in Gender Studies from Ambedkar University Delhi and she is engrossed in the issues faced by marginalised communities. Presently she is interning at kractivist.org

How India's institutions are failing Muslims
From Kamla Surayya To Hadiya-The Crisis Of The Educated And Civilised Society In Kerala
Did you know Gujarat chief minister doesn't have email id
Chernobyl: What happened and why?