The Teachers Of UP Who Became Invisible During Covid-19 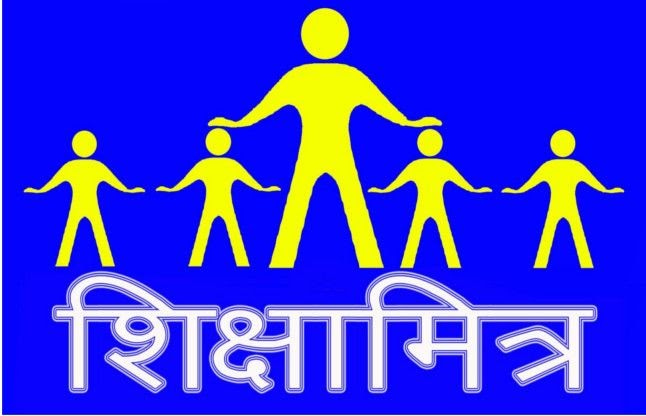 Shiksha Mitras are ad hoc teachers in the state of Uttar Pradesh to facilitate primary education for all. The Shiksha Mitra Scheme has been set up for UP Basic Shiksha Parishadiya Primary Schools to provide a minimum of two teachers in each school and to reduce the teacher to student ratio. As per the current appointment process for Shiksha Mitras, they are hired on an 11-month contract with a salary of INR 10,000. However, Shiksha Mitras have been complaining that they have been made to work for 12 months during the pandemic putting many of them at risk without any extra honorarium. Adarsh Shikshamitra Welfare Association in UP is taking up this issue and representing the demands of the contractual teachers.

Recently Shiksha Mitras have decided that they will not undertake any non-teaching duties if they are not paid their salary for the full 12-month period. During the pandemic, Shiksha Mitras had taken up multiple non-teaching duties such as distribution of ration through public distribution system (PDS) centres, duties at vaccination centres while managing their teaching duties in an online mode. Jitendra Shahi, president of Adarsh Shikshamitra Association, Uttar Pradesh, in an interview with News Click said that 1.53 lakh Shiksha Mitras across the state are making the same demand. Earlier this year, Shiksha Mitras were stationed at polling booths. This proved to be a fatal act during the pandemic as reportedly, many of them died due to COVID or COVID like symptoms. As per the list produced by the Uttar Pradesh Director General of School Education (DGSE) 1,248 teachers, including Shiksha Mitras, died due to COVID between April 1 and May 31 due to the UP Panchayat poll duty. Of these 1,248 teachers about 230 are reported to be Shiksha Mitras. Despite promised compensation for families, no financial help has been provided and many families who lost their earning members still await for some respite during the ongoing pandemic and multiple state and nation wide lockdowns.

On June 1, 2021 Shiksha Mitras also observed a day-long hunger strike with their families at their homes to protest against the extension of the Essential Services Maintenance Act (ESMA) which prohibits strikes at state government departments, corporations and authorities for a period of six more months. For the Shiksha Mitras this is the government’s way of not listening to their woes and ignoring their demands. They reminded the Yogi Adityanath led UP government of their manifesto of 2017 wherein they had promised that their government would solve the problems with Shiksha Mitras within three months. However, since July 2017 2,000 Shiksha Mitras have lost their lives on the job – many of whom have died of suicide due to mental stress, as per the Uttar Pradesh Shiksha Mitra Sangh. Speaking to News Click, Kuldeep Shukla – a Shiksha Mitra pointed to the mounting economic crisis and the lack of access and resources for Shiksha Mitras. He said, “The current regime is highly mistaken if they think they can come to power in 2022 by ignoring our demands. If we can bring them into power, we can also throw them out”.

Over and above the immediate demands of the Shiksha Mitras pertaining to the challenges faced during the pandemic, they are also demanding for an increase in wages and permanent positions for the Shiksha Mitras instead of contractual positions which often leave them in a vulnerable position. As the month of June comes to an end Shiksha Mitras continue to protest and fight for their rights as workers even when the state places considerable restrictions on them for raising their voices. The condition of Shiksha Mitras has been deteriorating and the pandemic has intensified their struggles. The mainstream media must put consistent focus on their voices and create spaces where their voices can be amplified so that the state can take action to support them and provide them the security of permanency. The rights of workers should not and cannot stay limited to election manifestos.

#Punjab - Sister killed for Honour #Vaw #Honourkilling
International Panel of Parliamentarians for Freedom of Religion or Beliefs write to Prime Minister M...
Solidarity with the women complainants of SRFTI, Kolkata in their fight against sexual harassment #V...
Aadhaar’ is Reaching India’s Poor, but at What Price?