The Truth About the Palghar Lynching 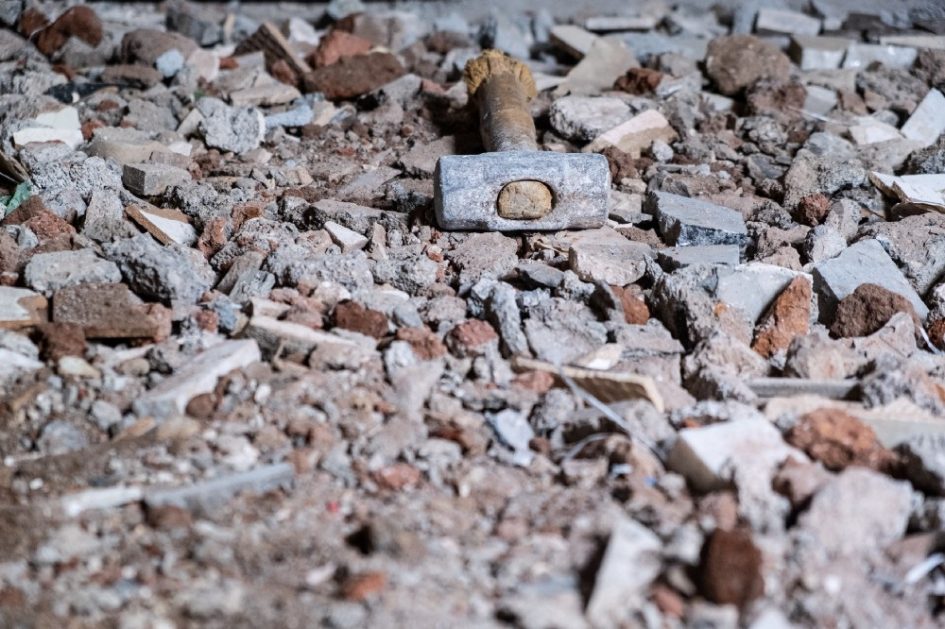 Last week, on the night of April 16, a shocking case of mob lynching took place in Gadchinchle village of Dahanu tehsil in the Palghar district of Maharashtra, around 150 Km from Mumbai. This incident must be strongly condemned and strict punishment meted out to those proved guilty.

What were the facts of the case? Why did it occur? And what is its political fallout?

What exactly happened?
Two sadhus with their driver were going by car from Mumbai to Surat to attend a funeral. Their names were Mahant Kalpavruksha Giri (70), Sushilgiri Maharaj (35) and Naresh Yelgade. They apparently did not have a lockdown travel pass. To avoid the police who would have stopped them, they did not go by the Mumbai-Ahmedabad national highway and took a detour by a small road in the remote rural areas of Dahanu tehsil which goes to Gujarat via the Union Territory of Dadra and Nagarhaveli.

It must be remembered that this is an extremely backward and entirely Adivasi (tribal) area. They passed Gadchinchle village, were briefly stopped by the forest guard, but when they reached the Maharashtra border 1 Km away, the guards at Dadra and Nagarhaveli refused them permission to go ahead and turned them back. They came back by the same route and were again stopped at the forest check post.

Then the trouble began.

The time was around 9 pm and the episode that followed went on for two hours. A crowd of 400 people gathered and started accusing the sadhus of being robbers and child lifters. A small police party came and when they realised they could do nothing against the mob, they called for more police, who reached after 10 pm. The mob overturned the sadhus’ car, broke the window glass of both this and the police car. Police had apparently escorted two of the victims to the police car and the third who was injured was in the forest chowki. When he was being escorted to the police car, all hell broke loose. Under the very nose of the police, all three were mercilessly lynched by the mob. As Kavitha Iyer wrote in The Indian Express on April 23, “That is key to the tragedy – and the probe: the arrival of the police when the victims were unharmed and their subsequent murder in their presence.”

Immediately after this incident, the police in order to cover up their negligence and dereliction of duty, went into overdrive and arbitrarily arrested many innocent people from several villages in the area.

Why did this macabre incident occur?
For the last few weeks in the lockdown period, false and mischievous WhatsApp messages were being circulated not only in this area, but also in hundreds of tribal villages of Palghar district. They conveyed that robbers were on the prowl, they would not only rob but also spit in wells to spread the Coronavirus and worse still, would indulge in child-lifting so as to harvest their kidneys. As a result, regular night vigils were kept by the people in several villages to prevent any such intruders. Roadblocks were erected outside several villages. The entire area was gripped by fear, hate and tension. The lockdown and the resultant serious problems of livelihood like lack of income and food, aggravated the situation.

Some gram panchayats reportedly lodged complaints with the police against such rumours being spread through WhatsApp. Two days before the lynching incident, on the night of April 14, a tribal doctor Dr Vishwas Valvi and his team, which was returning after distributing food to some villages, was similarly attacked by a mob in Sarni village. The police which came to rescue him were also attacked along with their vehicle. Other such incidents occurred in villages like Waki, Amboli, Zai and Saiwan. These incidents should actually have alerted the police and forced them to investigate and take action against the sources of such false WhatsApp messages, and reassure the villagers. But nothing of the sort was done.

As noted above, the role of the police on the spot at Gadchinchle village before and when the lynching took place clearly amounted to dereliction of duty. This needs a thorough investigation.

The sadhus travelling without a lockdown pass through a remote area at night worsened matters.

The political fall-out
With two sadhus being killed, several BJP leaders immediately came out with their typical knee-jerk reactions that it was the Muslims who were responsible. A vile attempt was made to give the unfortunate incident a communal colour on both mainstream and social media.

The other main target of BJP attacks was the Maha Vikas Aghadi state government, comprising the Shiv Sena, NCP and Congress. All attempts were made to attack, discredit and denigrate the state government for ‘allowing’ such an incident to take place. The BJP has been suffering from severe heartburn ever since the last state assembly elections in October 2019, when its tally was much less than expected, and especially when the Shiv Sena, its oldest political ally, was forced by the BJP to dump the BJP and make common cause with the NCP and the INC, to head the new state government.

Thackeray in his address to the people of Maharashtra, clearly made the following points:

. The incident was not like the series of communal mob lynchings that have taken place in large parts of the country in the last six years, but was a result of misunderstanding.

. There were rumours for the last few weeks in the rural areas of Palghar district of robbers roaming at night, and this was the cause of the attack.

. There was no communal angle at all to this incident and no one should try to give it a communal colour.

. Over 100 people, including the five main accused, had already been arrested and strict action would be taken against those proved guilty.

. Two police persons had been summarily suspended. A serious CID enquiry had been instituted to thoroughly inquire into the episode.

Deshmukh released the list of the 101 people taken into custody (excluding nine minors) to show that none of them was a Muslim. He also warned against communalising the issue.

When their communal card backfired, the BJP and RSS promptly began targeting the local opposition. Their leaders like Sambit Patra, Sunil Deodhar and many others put out baseless charges on social media that it was the CPI(M), NCP, Congress and Kashtakari Sanghatana who were responsible for the crime.

The RSS mouthpiece Organiser of April 20, in a report under the heading “CPM-Christian missionary plot emerges behind the Palghar Lynching case; Another Governance failure of Maharashtra Govt”, spread the falsehood that “the five main accused are said to be activists of the CPM.”

After raving and ranting against the CPI(M) and Christian missionaries, it added, “Shiraz Balsara, the head of a NGO named Kashtakari which has links with the Christian missionaries is working to arrange for the bail of those arrested and are in the custody of the police. It is now being alleged that the local CPM MLA Comrade Vinod Nikole is the brain behind this incident.”

The RSS bile against the CPI(M) MLA Vinod Nikole is because he defeated the sitting BJP MLA Pascal Dhanare in the Dahanu (ST) seat in the state assembly elections held in October 2019. The NCP, Congress, Bahujan Vikas Aghadi and the Kashtakari Sanghatana all supported the CPI(M) in that election. None of the five main accused are CPI(M) members. Hence the CPI(M) has decided to drag Sambit Patra, Sunil Deodhar and others to court and will file a suit for defamation.

The facts of the matter are exactly the opposite of what the BJP is alleging.

Gadchinchle village, where the lynching occurred, has for the last 10 years been the base of the BJP. The sarpanch of the village, Chitra Choudhari, belongs to the BJP. Now the Congress spokesman Sachin Sawant has brought out proof with photographs to show that two of those in custody – Ishwar Nikole and Bhau Sathe – are members of the BJP’s village booth committee. There are likely to be many more BJP men involved.

“PUCL Maharashtra strongly condemns the lynching of three persons in Gadchinchle, Palghar district. PUCL Maharashtra is also deeply concerned by the severe repression on those tribals who were not connected with the incident, as a result of the police investigation, forcing many of them to abandon their homes and hide in nearby forests…

“It is important to note that rumours, extreme fear, suspicion and hate-mongering were a precursor to this horrific incident. In this context, the communalising of the incident, with fake news about the perpetrators, is despicable and deplorable. We strongly condemn the manner in which certain forces tried to communalise the incident at first and when that failed, have now begun demonising left parties who work in the area.

“PUCL Maharashtra demands that a speedy and independent investigation be carried out to establish the origins and spread of the rumours; to investigate the action by the administration and police; to deal strictly to quell the false and dangerous propaganda and to put into place long term measures to help tribals cope with the severe effects of the lockdown, the loss of livelihood and deprivation of basic necessities.”

Dr Ashok Dhawale is President of the All India Kisan Sabha.