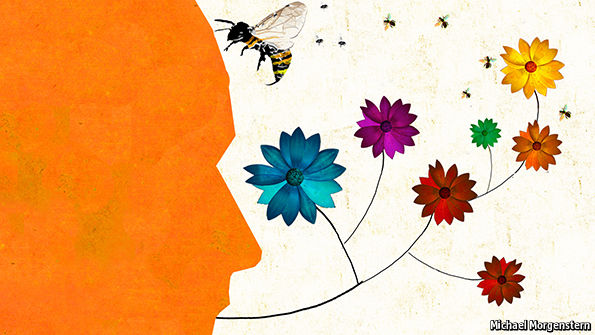 POLITICS in India is rarely less than febrile. In a federation where 29 states and two “territories” have elected governments, the campaign season never ends. And its press is both outspoken and herd-like, turning the most tippy-toed of trends into a thunderous stampede. Even so, the uproar over the alleged spread of “intolerance” is remarkable. Many blame the 18-month-old government led by Narendra Modi of the Hindu-nationalist Bharatiya Janata Party (BJP). Its most fervent members believe that India should be a Hindu state. But its priority was supposed to be rapid economic growth, not sectarian bickering. So it is puzzling that in a few short weeks it has alienated not just India’s non-Hindu minorities and its liberal intelligentsia, but broad swathes of domestic and foreign opinion.

A sense of alarm has mounted since the lynching in late September of a Muslim man in Dadri, a village in northern India. The mob wrongly thought he was storing beef and attacked his entire family. Cows are considered holy by many Hindus, and most Indian states ban their slaughter. The country had already been shocked by the murder in August of M.M. Kalburgi, a writer known for his denunciation of idol-worship. Less gruesome intolerance, beef scares and vigilantism have proliferated: black ink was thrown over the organiser of a book launch for a former Pakistani foreign minister. Other inking victims included a beef-eating legislator in the state of Jammu and Kashmir.

The government did not initiate any of this. But its response has been mealy-mouthed, calling for harmony but rarely directly criticising the excesses. Mr Modi himself this week turned the argument around, suggesting the opposition Congress party had no right to preach tolerance, because of the anti-Sikh pogrom over which it presided in 1984. Congress has, nevertheless, seized on signs that the BJP is the tool of extremists in its ranks. Alarmed intellectuals have protested. More than 50 leading historians have expressed collective “anguish”; dozens of writers and film-makers have returned government awards; prominent Christians have denounced “the growing intolerance in the country”. The president of the republic (a Congress man) has spoken out in favour of India’s “power of assimilation and tolerance”.

Perhaps more worrying for Mr Modi are warnings from those concerned about the economic impact of the poisonous mood. An arm of Moody’s, a rating agency, reported that if he cannot rein in his party, Mr Modi risks “losing domestic and global credibility”. Even the governor of the central bank has weighed in, to defend India’s “tradition of debate in an environment of respect and tolerance”. Some of India’s leading businessmen have also come out as pro-tolerance, and so implicitly anti-BJP.

Business cheered the BJP’s election victory last year, relieved by the end of a ten-year Congress government tainted by corruption scandals and incapable of the reforms the economy needed. Mr Modi, with his anti-corruption zeal, can-do reputation and promise of liberalisation, was seen almost as a saviour. Relentless globe-trotting since he took office has spread the same message: India is open for business. So it is odd that Mr Modi should allow the impression to spread that, on the contrary, India does not care whether or not it projects an image of tolerance.

One explanation is the importance of a legislative election in the state of Bihar, where the fifth and final round of voting took place on November 5th. It is India’s third-most-populous state, with more than 100m people; the result is also seen as a gauge of the federal government’s national popularity. The BJP, which is in opposition in the state, risks losing again to a coalition appealing to lower-caste Hindus, and supported by Muslims, who make up about 17% of Bihar’s population (compared with about 14% nationally). In response, the party has made a naked appeal to Hindu unity. Mr Modi himself intervened to hint that its opponents were planning to take affirmative-action privileges away from lower-caste Hindus in favour of Muslims. 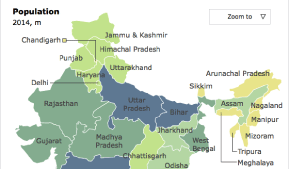 A continent masquerading as a country: Explore India in our interactive map

Caste politics in Bihar, as elsewhere, has made sense to voters. Bad governments cannot keep promises of building good roads or supplying reliable electricity. But they can reward their voters with “reservations” for their castes of places in college or of government jobs. When a lousy state government run by the party of Lalu Prasad Yadav and his wife fell in 2005, it was seen as a turning point: a vote for “development”, not caste. But Mr Yadav is back in this election, in a lower-caste coalition with the man who ousted him then, fighting the BJP together. Both they and the BJP are indulging in the old politics of communal and caste division.

Similarly, on a national scale, the BJP’s election victory last year was attributed to its promise of competence and good governance. It persuaded enough voters that the Hindu-nationalist part of its agenda and the shadow over Mr Modi’s past—allegations of his complicity in anti-Muslim violence in the state of Gujarat in 2002—were marginal. Now many worry that Hindu nationalism is a pillar of Mr Modi’s vision after all. During its previous stint in power the BJP ruled with a parliamentary minority and had to ditch some of its Hindu aims, such as a federal ban on cow slaughter. Now, although it has a majority on its own, with a coalition as an optional extra, many hoped its emphasis on economic progress would nevertheless serve as a constraint.

Mr Modi’s willingness to play communal politics in Bihar, and his failure to take a firm stand against those perpetrating crimes in the name of Hinduism, cast doubt on that. Perhaps, with his eye already on re-election at the end of his term by 2019, he feels that he cannot alienate the BJP’s Hindu activists, who are an essential part of his support and electoral machine. That is a disturbing notion, implying that defeat as well as victory in Bihar might make Mr Modi more beholden to the extremists. Worse, however, is the thought that perhaps he agrees with them.

From the print edition: Asia

India - 3 Kerala Companies Have More Gold Than All Of Australia #WTFnews
Gujarat’s burden highest ever as ‘debt-free’ as Narendra Modi plans flight to Delhi
Does India need to 'Neta padhao' to 'Beti Bachao'?
Maruti Workres Struggle