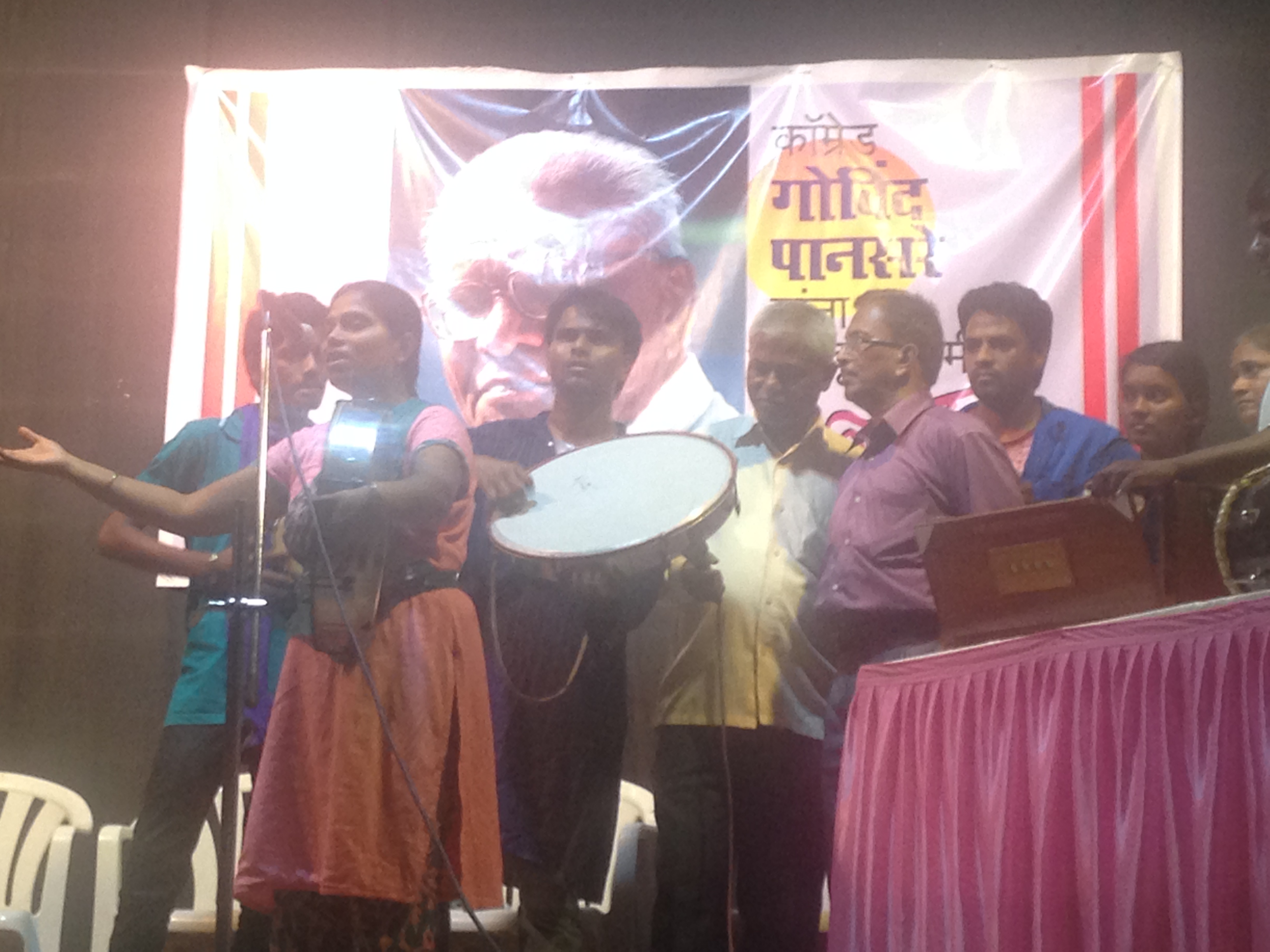 By Jyoti Punwani, Mumbai Mirror |
Say it is up to them to ensure the rationalists’ deaths don’t go in vain.This is the time to act, not think,” said Marathi theatre personality Jayant Pawar at a meeting held by the by the CPI and independent Left groups to honour Govind Pansare and Narendra Dabholkar, the two progressive thinkers and activists who were assassinated recently.”In the last 20 years, the world of theatre as a whole chose to stay silent despite knowing the truth, leaving individual artistes to fight the attacks on them from those claiming their sentiments were hurt. That silence has led to a situation where such assassinations can take place.”So now the time to take a stand has passed. The time now is to decide how we can act — those of us who want to stay alive and speak the truth. Maybe we will need safe ghettoes like minorities and tribes do. We need to carry on some activity or the other continuously, even if it is within that ghetto, to keep up our morale. But we need to reach out to those outside these ghettoes too. It will be risky, and we cannot expect either the state, the police or the judiciary to come to our aid — they have never done so. Only by such action can we ensure that Pansare’s and Dabholkar’s sacrifice will not have gone in vain.”

The meeting began with the screening of a clip from Pansare’s famous presentation ‘Shivaji Kon Hota?’ Sheetal Sathe of the Kabir Kala Manch, who has faced imprisonment for her cultural activities, sang a song written by KKM member and her husband Sachin Mali (who is still in jail on charges of being a Maoist). The song linked Pansare and Dabholkar to Copernicus, Galileo and Socrates. “This government cannot find Dabholkar’s and Pansare’s killers, but can certainly go after their followers with a vengeance,” she said.

Veteran theatre actor and activist Dr Hemu Adhikari, who was a leading light of the experimental theatre movement in the 1970s and 1980s, chose to spoke as a “scientific researcher” (he worked in BARC). “Dabholkar and Pansare presented their views in a rational, scientific manner. Pansare’s speeches on Shivaji were in simple, reasonable language, backed by facts, easy to understand and difficult to refute. Galileo had been told by his inquisitors to write in Latin, not Italian, and to present his theories of the earth revolving round the Sun as a scientific principle, not as the truth,” he said, adding, “Because the Church knew that once the common people read his theories in the language they understood, and were convinced by them as true, they would start questioning their belief in the Church. That is what religious and political powers are scared of; that is why Dabholkar and Pansare were killed. They encouraged the common people to think independently, not to believe what they were told.”

Theatre personality Ratna Pathak also spoke, saying she knew little of Pansare, but had been inspired by watching his presentation on Shivaji, to ponder on how his thoughts and those of Dabholkar, could reach those like her who didn’t know about them. “Today there is little debate and discussion; people seem to have stopped thinking. We need to find ways to reach out to people so that they start thinking. Dabholkar and Pansare communicated directly and simply to the people. Our dream of the 70s, that we would change the world, has faded away. But there must be a way of breaking this cynicism and communicating with people,” she said.