“This is about you and me”: RJ Balaji on Men #mustread #Vaw 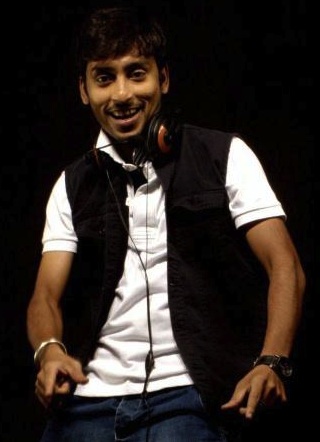 “This is about you and me”: RJ Balaji on Men

RJ Balaji, a radio jockey with the 92.7 BIG FM station in Chennai, has podcast his thoughts on men’s roles in the home and how strong beliefs in and reinforcement of gender roles lead to a range of oppressions including the recent Delhi rape and countless other sexual crimes.

We are including herewith a link to the original podcast.

Our hearty thanks to Mr. Balaji for sharing his progressive views, and to Orinam member KMRamki for the English translation provided below.

Even though the discussion of gender roles is in the context of violence against women it applies equally to violence against LGBT people. Strong notions of how a man and woman should be/behave/look are what result in verbal, physical, emotional and/or sexual abuse of those of us who do not conform to such rigidly gendered expectations of society

A humble word, to all my fellow men…

I mean, for us to have pride, to feel proud, that we are men.. I don’t see anything there. I don’t know what’s there (to feel pride). You say we can grow a moustache… is that a superior quality?

Some say, “you talk about this now only because it happened in Delhi… will you talk about it if had happened in Chennai, or Thoothukudi or Sri Lanka?” To them, this is not a Delhi, Mumbai, state-over-state, country-over-country issue.

It’s an issue of you and me: it’s a vulgar revelation of what we think in our hearts about women. These rapes, the violence, have become just that. Even if only one in hundred, or one in a thousand men perform these acts, it is true that the rest of us also have  thoughts that we are ashamed of. We don’t say it aloud.

For the first time, we are angrily protesting against something all over India, about something that affects us, with the intention that there needs to be a solution to it. Meanwhile, how long this anger will last, what the results from these protests will be, what will actually be done, is not in your hands or mine.

However, I want to speak as an ordinary man, about what we usually do, how it can create a better environment. That’s what this podcast is about.

We, men, say we are modern thinking, we are youth, etc. Though we praise ourselves so much, but it is deeply rooted belief even among us, that a woman has to cook for me, press my clothes, etc. Even if both of them work, go to sleep after 11.30 in the night, the woman is expected to wake up at 5 in the morning, make coffee, cook and then go to work. But if the guy occasionally cooks one day, he takes immense pride in it. Even today, we think it’s a thing to be (inordinately) proud of for a guy to say he cooks (occasionally). It’s actually nothing special.

Women don’t take pride in saying I cook daily, I press my husband’s clothes, I get my children ready for school daily, etc. We have impressed on them that it’s their way of living.

Do guys boldly say “I work at home, I cook at home, and I see no shame in it. She and I both work”? If we go to a corporate space, and see four women smoking, what comments do we pass about those smoking women? If we see a girl in a pub at night, we know what comments we make about her. Isn’t it all quite shameful?

What’s so ‘manly’  or ‘womanly’ about these things? We claim to be very modern. If a girl comes to the pub with us, she is good, but if she goes with others, she is bad? Smoking or drinking is going to affect everyone’s body and health. If you take a stand, that smoking or drinking is wrong, whoever does it, there is some fairness to it. But you claim guys can do it, but women should not. If I point [the hypocrisy] out, you challenge me, that I don’t know Indian culture and mores. It’s in this country with these vaunted culture and mores, that we are having all these rapes.

The most important thing is for us to reflect on what thoughts we hold about women. To this day, husbands tease their wives if they skip cooking one day.

There is this claim that all these are happening because women dress the way they do. What a shameful thought! A minister or some politician has said that we should ban skirts that schoolgirls wear. This is crazy. A three year old girl and a sixty year old grandmother have also been raped. Were they also dressed for rape?

This is not about the few rapists. This is about you and me. When we were young adults, how many times have we made jokes or passed comments based on the clothes women are wearing, or their physical parts? Has a woman ever made sexual jokes and harassed a guy based on his clothes? They never have that thought. We guys mostly think cheap thoughts.

We always say women are elegant, graceful and beautiful. I don’t know when these tags and adjectives are going to change. Are women nothing beyond these? Who are we to be moral police, to decide how they can dress, and what their dress says about the sort of a character they are? You and I have no right to to blame them, or tag them. It is also immoral to do that. We should understand that.

In this same India in which we used to give prominence and pre-eminence to women. But now, every woman is expected to fear and be submissive to a guy. It’s become the norm. If a guy does the chores at home, fears his wife, we make fun of him, and make him a comedy piece in our movies. What is wrong with that? What is shameful in that?

If you ask me what qualifies to sermonize on this, I partake in all the chores at my place. I wipe the floor, I bathe our kid, I get him ready for school. I don’t feel ashamed of it. I don’t feel a need to boast about the times I cook at home. It’s just a part of my life. When my son grows up, he will not have the thought that women are beneath him, that they should serve him, that only his mother should get him ready for school. I wash my son’s butt. I get him ready for school. I feed him. So, my son, when he grows up, won’t have such [discriminatory] thoughts, and I am responsible for that, as his father. As a man, I will be responsible for the happiness of the women around me. I don’t know if I can change all the men in my country or change the laws here. But I can guarantee that my son will not have [discriminatory] thoughts in his head.

This is not preaching or advising. I cannot watch my TRP for everything. I could just comment on the latest hits and flops. But I am human. This is something that happened in my country, and affected me deeply. That’s why I am speaking out about it. I might have called fifty people and held a vigil. But that would have ended with those fifty people. I wanted to talk to more people. Lots more men. Change is something that has to start with the individual, in every household.

Using the Internet, Twitter and Facebook alone does not make me a modern man. I become a real modern man – a real man – only when I can respect the women in my society who are equal to, or greater than, me. When I don’t define what their role is, I do whatever they do. And I have no shame in doing the chores, beginning with cleaning the toilet. After all, I am cleaning the toilet in MY house.

This is just what I think. It has not been scripted.

I wish you a happy new year.