Thoki Raj: Creating order by trampling on law is one of the elements of Adityanath’s ideological success 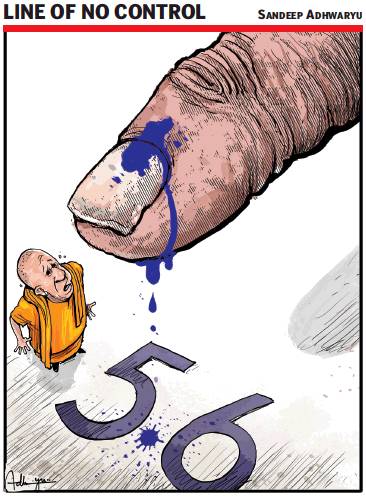 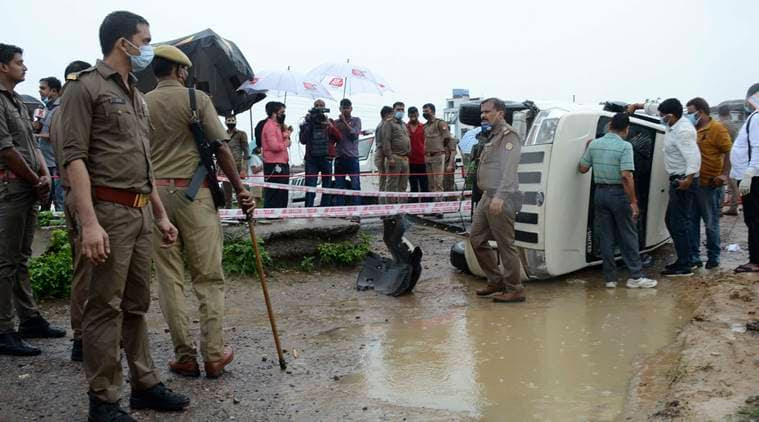 The killing of Vikas Dubey and the chain of events leading up to it throw a spotlight on governance in Uttar Pradesh and police reform more generally. The Adityanath political dispensation in UP is unique. Many Indian states tolerate acts of impunity and selectively suspend the rule of law. The Adityanath regime is explicitly ideologically committed to what is colloquially known as “thoki raj,” named after a statement attributed to the chief minister, “agar apradh karenge toh thok diye jayenge.”

This was evidenced in the way the cases against the CM himself were withdrawn. It was even more frighteningly in evidence in the way in which the government sought to quell the anti-CAA protests, by arbitrarily attaching people’s properties in ways that had no legal backing and prejudged guilt. Independent journalist Neha Dixit’s brave reporting on police violence in UP has been showing that, by the government’s own admission, even as early as February 2018, UP police was conducting four encounters a day, killing up to 40 people. The UP government seems to deploy the National Security Act against a variety of offences, as if using this Act were imposing a minor fine. Nowhere has a use of state violence been elevated to such an ideological raison d’etre. Creating order by trampling on law is one of the elements of Adityanath’s ideological success.

So while the killing of Vikas Dubey has parallels elsewhere, there is also a specific ideological context here. Dubey comes across as the kind of gangster who epitomises both the banality and horror of UP politics. He allegedly killed eight policemen with impunity, and was accused in several heinous crimes. But he was also part of a social and political power structure whose needs he served. In a political culture where demand for the rule of law is considered cruelty, and vengeance is considered humanising, no one is likely to lose sleep over this killing. But it is important we don’t lose sight of three points.

🏼 Julio Ribeiro writes: Vikas Dubey’s life, and death, point to the undermining of the authority of state, politicisation of police force

First, extrajudicial killings have no place in a liberal democracy. Second, the usual excuses given in such contexts, even if they had a kernel of truth to them, do not apply. This is not a case of the police simply expressing their frustration against their comrades being killed, or showing their lack of trust in the judiciary. For one thing, the Indian state’s capacity to hold whoever it wants, when it wants, is quite high, as we are finding out. So stop using judicial infirmity as an excuse. Behind judicial infirmity is usually a political hand. It was in no one’s interest, including the current UP government, to have the truth of Dubey’s political connections investigated. Third, the blasé assumption that is behind much of the support for Adityanath — that simply unleashing state strong arm tactics is what is required for law and order — must be questioned. Thoki Raj is not the creation of law and order; will not, over the long run, diminish violence in UP. If it had, how could such an extraordinarily violent train of events come to pass?

But there is a larger problem. The entire train of events in this episode will lead to demands for police reform: Protect police from political interference, invest in police training, shore up the judicial system. But the truth about police reform is that it is what Gandhi said about western civilisation, a nice idea. No one actually wants it for the following reason.

The police, by all accounts, is one of the most distrusted institutions of the Indian state. You might say that police reform will create more trust. But when you have low levels of trust, you fear that empowering the police more or reforming it is simply giving them more powers of repression. If you don’t trust the police, do you actually want to make it more efficient? If the structure of your existence, as is the case with hundreds of millions of poor people, inhabits zones of state-created illegality, would you actually want to give police more enforcement power? Disempowered groups, who already suffer most at the hands of the police fear an effective police force even more; whatever little margins of negotiation they might have would disappear. And the privileged would rather have a negotiable system.

Also read | Encounter impunity on record: 74 probes complete in UP, police get clean chit in all

Second, the police has a strange position in a democracy. It is an instrument of political power to channelise patronage. No incumbent wants to give that up, so there is no incentive to reform. But it is not clear the Opposition wants it either. This is not just because they might want to use the same instrument one day. It is because an ad hoc rule of law structure, open to negotiation by community identity, money, violence and connections, actually fragments power in a democracy. No one wants to give the state an actual monopoly over violence. Many criminals, like Dubey, subvert the rule of law. But people see them as nodes of power, which are often deployed in resistance to the state. Indian democracy survived not just because of a commitment to values, but because this de facto fragmentation of violent power was essential to it, especially in places like UP and Bihar. Police reform would mean subverting this entire moral economy of fragmented power.

Finally, as Beatrice Jauregui’s brilliant book on the UP Police, “Provisional Authority: Police, Order and Security in India” (Chicago University Press), pointed out, amongst other things, the peculiar status of the police as “expendables”, at one level central to the order but triply marginalised. She points out that in the year of her study, contrary to global trends, more than twice as many policemen were killed on duty as the number of civilians killed by police. Most of the police deaths were not at the hands of criminals but a result of neglect and poor working conditions. They are visibly expected by society to publicly stage violence or be implicated in its structures by politicians. At the same time they are roundly morally condemned for enacting the norm. So they are, Jauregui, argues, marginalised in a moral sense: Asked to sacrifice, morally and legally condemned, both central to the political order and marginal to it, in terms of their own needs. They cannot demand their own well-being. So it is little wonder that with no real constituency of police reform, the line between the criminal and the state will remain blurred, as it is in UP.

This article first appeared in the print edition on July 11, 2020 under the title ‘Thoki Raj’. The writer is contributing editor, The Indian Express.

#India - Gujarat riots were not spontaneous and sudden Mr Narendra Modi
Narendra Modi and his Chakravyuh
Health Ministry official held on rape charges #Vaw
Kathua Rape case- She Is a Woman, How Intelligent Can She Be?' Defence Lawyer on Woman Investigator ...