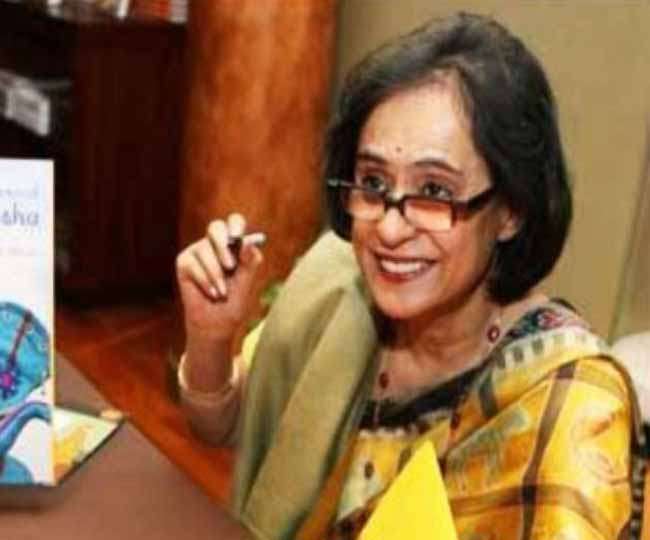 In what appears a snub to the government, author Gita Mehta, who is also the sister of Odisha Chief Minister Naveen Patnaik has declined the Padma Shri award announced on Friday.

In what appears a snub to the government, author Gita Mehta, who is also the sister of Odisha Chief Minister Naveen Patnaik has declined the Padma Shri award announced on Friday. Gita Mehta cited “timing of the award” as the reason for refusing to accept the Padma award.

In a statement issued from New York, Gita Mehta said, “I am deeply honoured that the Government of India should think me worthy of a Padma Shri but with great regret I feel I must decline as there is a general election looming and the timing of the award might be misconstrued, causing embarrassment both to the Government and myself, which I would much regret.”

The Lok Sabha elections are due in April-May this year and Odisha figures prominently on the political map of both the Bharatiya Janata Party (BJP) and the Biju Janata Dal (BJD) of Naveen Patnaik. The two parties are fighting for political supremacy in Odisha with the BJP having garnered significant votes in the last panchayat elections in the state.

The Padma Shri award to the Odisha chief minister’s sister on the eve of the general election, political analysts consider, has the potential of being used for political gains by the BJP in the state. Political analyst Rabi Das said it was not surprising to see Gita Mehta turn down Padma Shri on the day Congress president Rahul Gandhi attacked Naveen Patnaik calling him “a version of Narendra Modi.”

“Accepting the award would have reinforced Gandhi allegations of Patnaik being in league with Modi. This would have politically harmed her brother who is perhaps fighting the last election of his career,” said Das.

Gita Mehta, who lives with her publisher husband Sonny Mehta in London, has been a regular visitor to Odisha over the last few years. The Cambridge-educated second child of former Odisha chief minister Biju Patnaik, Gita Mehta made her name in 1980 with her first book, Karma Cola: The Marketing of the Mystic East, a non-fiction. Later she took to fiction, and published “Raj and A River Sutra”.

In 90s, she wrote Snakes and Ladders, Glimpses of Modern India. She has written, produced and directed a number of documentaries for American, British and European television an covered the 1971 Indo-Pakistan war for liberation of Bangladesh.

Following BJP’s upsurge in 2017 panchayat polls, Gira Mehta started playing a major role in the BJD’s political affairs. Her name was also being considered for Rajya Sabha but Naveen Patnaik decided against it at the last moment.

Following Mehta’s prodding, the normally-reticent Patnaik started mingling with people in public places including a bookstore and college and even posing for selfie.

Earlier, the government on Friday night announced Padma awards to 112 personalities – 94 for Padma Shri – from different walks of life. Gita Mehta was chosen for Padma Shri.