Today is Guantánamo’s 12th anniversary, and there’s no end in sight #torture

Out of 779 detainees, only seven have been convicted and sentenced. The US must end this costly disgrace

The order was modeled on one issued by President Franklin D Roosevelt on 2 July 1942, authorizing a military commission to try eight Nazi saboteurs apprehended in the United States. The men were captured, convicted and six of the eight executed in a span of 43 days. Roosevelt’s military commission was swift, secret and severe, so some urged President Bush to dust it off and use it again.

A total of seven detainees out of the 779 men ever held at Guantánamo have been convicted and sentenced. Five of the seven are no longer at Guantánamo creating a paradox: you have to lose to win. Those lucky enough to get charged and convicted of a war crime have good odds of getting out of Guantánamo, but those who are never charged could spend the rest of their lives in prison. 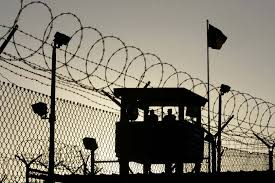 The seven men tried in military commissions were all convicted of providing material support for terrorism. Two of the seven – Salim Hamdan and David Hicks – were convicted solely of providing material support. In October 2012, a three judge panel of the US Court of Appeals for the Washington DC Circuit – all appointed by Republican presidents – overturned the conviction of Salim Hamdan, Osama Bin Laden’s driver. Writing for the court, Judge Brett M Kavanaugh said that before Congress passed the Military Commissions Act in September 2006, “the international law of war did not proscribe material support for terrorism as a war crime”.

Since nearly all of the men held at Guantánamo have been there since long before 2006 and most were at best low-level flunkies, the government’s inability to charge them with providing material support for terrorism means they likely will never face a military commission for a trial that might have enabled them to find a way out of Guantánamo.

Proponents of military commissions argue that the United States is in a war on terrorism, a point they claim mandates that those captured face trial in a war court rather than federal court. In September 2006, 14 high-value detainees held in CIA black sites were transferred to military custody at Guantánamo. Only one has been tried and convicted. Ahmed Ghailani is the only detainee ever transported from Guantánamo to the United States where he was convicted in federal court for his role in the 1998 bombings of US embassies in Kenya and Tanzania. Ghailani was tried in 2010 and sentenced to life in prison, and the US Court of Appeals for the Second Circuit recently affirmed his conviction.

Meanwhile, some of Ghailani’s travel companions remain mired in the military commission morass where the parties argue over whether an accused is required to come to court, whether Khalid Sheikh Mohammedcan wear a camouflage vest, whether the judge or some secret CIA monitor controls the courtroom’s audio system, and how the government gained access to defense counsels’ files. As Chief Judge Colonel James Pohl slogs through these novel issues, the prosecution says it wants a trial date in late 2014. By then, Khalid Sheikh Mohammed will have been in US custody for more than 11 years. Attorney general Eric Holder said recently that the trial would be over and KSM waiting on death row had the case been prosecuted in federal court in New York City instead.

Americans are oblivious to the high price they pay for Guantánamo. By the end of the current fiscal year, nearly $5.25bn(pdf) will have been spent on detention operations. At a cost estimated at over $2.5m per year for each detainee, the price is about 75 times higher than federal prison.

The law that has evolved from Guantánamo has been a black eye for the country; from the supreme court ruling that President Bush’s military commissions were illegal to the Washington DC circuit ruling all of the men convicted in military commissions were charged with an offense that was not a legitimate war crime. America’s enemies and allies alike, in their criticism of US war on terrorism practices, cite Guantánamo as an example of failed leadership. About the only positive thing that can be said for Guantánamo is it gives fearmongers a talking point to try andpaint a distorted picture of President Obama as soft on terrorists because he wants to close it.

In his 2008 bid for the White House, Senator John McCain said:

We should close Guantánamo. Our great power does not mean that we can do whatever we want, whenever we want.

President Obama has argued repeatedly that Guantánamo needs to close, saying in a speech in May, “there is no justification beyond politics for Congress to prevent us from closing a facility that should never have been opened”.

Now, a dozen years after President Bush signed the order that led to Guantánamo and the military commissions, there is still no end in sight. It is time to end this wasteful embarrassment that undermines what the United States purports to stand for. The United States cannot afford to allow Guantánamo to “just keep truckin’ on”.

India tops the list of global poor: UN report
#Goodnews - Release of 18 women illegally arrested who were fighting for the land rights, Sonbhadr...
Breaking the Silence- Indian Women filmmakers speak up on misogyny and harassment #Vaw
Police officials attending marriage of son of a criminal is a sufficient ‘Public Interest’ to transf...