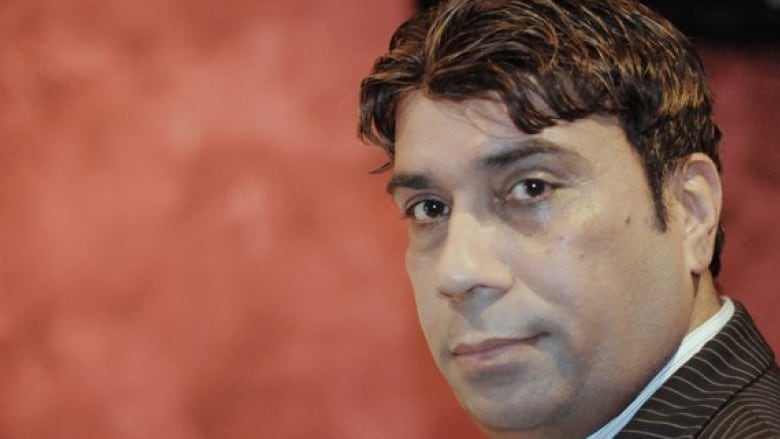 Joginder Bassi, the well-known host of the Gaunda Punjab Radio and TV show, has been the target of intense criticism after he made controversial comments on his weekend television show last month. (Facebook)

A popular Toronto-based Punjabi television host has sparked outrage and a social media backlash after suggesting female international students from India are lazy and promiscuous home wreckers and are coming to Canada just to find men and get married.

Joginder Bassi, host of the Gaunda Punjab Radio and TV show, has been the target of intense criticism after he made the comments on his weekend television show last month.

“You’re targeting a whole community and you’re saying negative things about them and that’s so sad,” said Harjot Mannan, a 23-year-old from the Indian state of Punjab who studies at Toronto’s Centennial College.

‘That makes me angry’

Mannan said people should write to the CRTC to have Bassi’s program taken off the air.

“When he says that we’re not paying our bills or finding a man just to get married, that is just wrong.”

And, particularly, as a member of the Punjabi community, Bassi should know better, Mannan said.

“When someone from this community says this kind of thing, that makes me angry.” 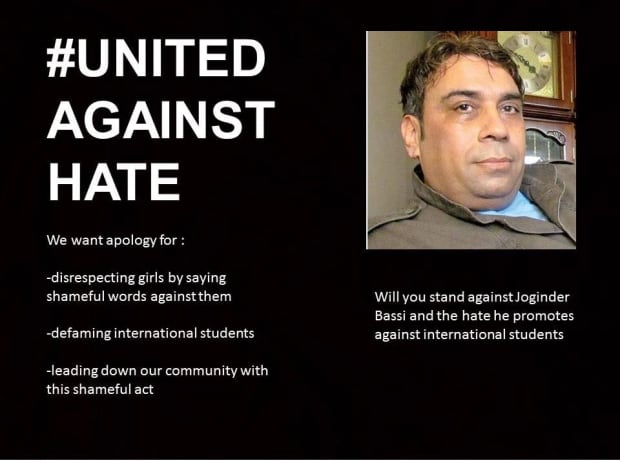 The controversy stems from a show in November in which a woman called in to complain about international Indian students in Canada. The woman, speaking in Punjabi, said they should cut off the number of students being allowed to enter because they “spread so much garbage around” and “think they can do whatever they want.”

Bassi responded that these female students don’t work, are having babies and are unaware of the father’s identity. He also said they’re trying to find a guy in Canada to take advantage of, and in the process, ruining families and causing divorces.

As part of the religion and in an effort to ensure no one goes hungry, Sikh temples, known as gurudwaras, offer free food to all people. But Bassi said these students are taking advantage of this practice.

“You are really discouraging people who are really working hard here to make their future because they’re really starting from nothing to build everything here.” 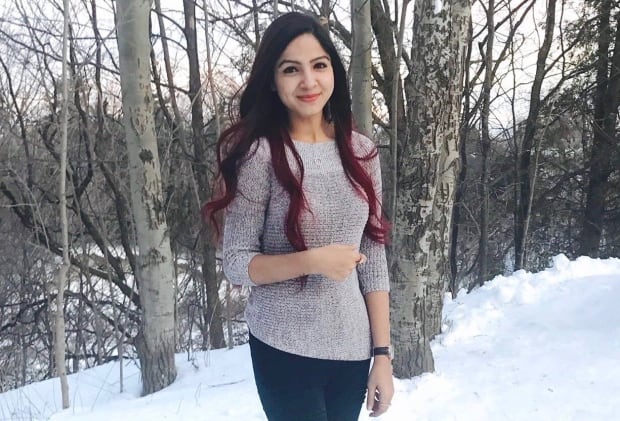 Harjot Mannan, a 23-year-old college student from Punjab who studies at Toronto’s Centennial College, said people should write to the CRTC to have Bassi’s program taken off the air. (Harjot Mannan)

Kaur said Bassi’s comments on his show, which is seen in Toronto and in India, have also sparked fears among some parents about the activities of their children in Canada.

The video clip of Bassi’s show has since gone viral and prompted many current and former students to respond through social media.

“He has intentionally targeted female students and calling them sexual subjects,” wrote one former Humber College student on Facebook. “[He has] 0% right to target the whole community and defame their existence. He has completely ignored the fact that how international students are contributing to this great nation and how hard they are working to earn a better living.”

Some have also started petitions expressing outrage over the comments.

‘There were parents who haven’t been to Canada and they were really worried about their girls.’– Nursing student Harpreet Kaur

Most of the responses and videos are in Punjabi. But Ritu Virk, a former international student, posted a message on YouTube in English to make others aware of what was said.

“My main motivation was that this thing was just kind of boiling up in the [Punjabi] community and outside the community people didn’t have any information about this issue because of the language barrier,” she said. “That’s why I made this video in English.

“My main concern is what is to stop this guy from next time going on this show and saying things again. My main motivation is that these things shouldn’t happen again.”

She said Bassi’s comments were “emotionally demoralizing” to all female students who made the decision to study in Canada.

“I have many other Indian friends who have a much bigger aim in life … than just sleeping around with guys and finding a suitable Canadian guy.”

According to its website, Gaunda Punjab Radio and TV features two daily news bulletins and regular talk shows, including a call-in televised show every Saturday.

“We bring you news, views, talk shows, opinions and information about Punjab, India, Canada and the world every day,” the website says.

Andrés Machalski, president of MIREMS, a service that monitors ethnic media, said that according to its data, Bassi’s radio program attracts more than 250,000 listeners a day.

Bassi was unavailable to respond when contacted by CBC News. A spokesman for Bassi asked that questions be emailed to the host but those have not been answered. Bassi did refer questions to his colleague Balraj Deol, the publisher of a weekly Punjabi newspaper. Deol suggested Bassi’s comments have been taken out of context.

‘Politics of back home’

He said much of the anger directed at Bassi is politically motivated and can be linked to upcoming elections in the provincial assembly in Punjab. He said some of the students are active with the Aam Aadmi Party (Common Man’s Party) and are going after Bassi because he’s not a supporter.

“Some students are playing the politics of back home,” he said.

“It’s not related to politics. It’s just a natural reaction to what [Bassi] said.”