Truth Beneath The Lies: The West Finances, Organizes, Trains Fundamentalist Proxy Forces in its Illegal Wars

By Mark Taliano
Global Research, February 12, 2015
Url of this article: 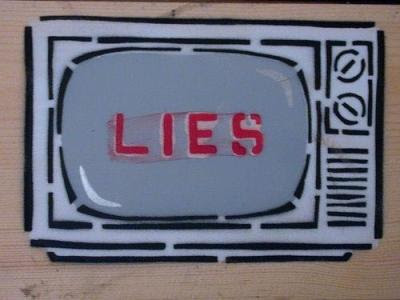 If the governing media framed itself in terms of truth rather than government-sponsored lies, the root causes of terrorism could be addressed and rectified.

Currently, the root causes are being obscured, and Police State legislation is being offered as a false solution, and for ulterior purposes.

We already have the tools to combat domestic terrorism. “Terrorism, treason, sedition, espionage, proliferating of nuclear and biological weapons, and other offences repeated in Bill C-51 are already illegal,” explains Elizabeth May, Leader of Canada’s Federal Green Party, in “Harper’s police State Law”

She argues further – and with strong evidence – that the security establishment has not made a compelling case for requiring more powers. Bill C-51 Backgrounder , by Kent Roach and Craig Forcese, offers this abstract:

“In Bill C-51, the Canadian government wants to jail people who, by speaking, written, recording, gesturing or through other visible representations, knowingly advocate or promote the commission of terrorism offences in general, while aware of the possibility that the offences may be committed.

This offence raises many serious issues, and should (at best) be considered extremely concerning. The scope of the new offence is not clear and the offence is sweeping in its criminalization of advocacy and promotion of “terrorism offences in general”, because terrorism offences themselves are sweeping.

We have serious doubts whether it is consistent with the Charter. We have no doubts that it is capable of chilling constitutionally-protected speech, and ultimately proving an offence that undermines more promising avenues of addressing terrorism.”

The answer lies not with reactive, fast-tracked legislation that exploits and perpetuates Fear Inc.

The answer emerges once we realize that the governing media is perpetrating the lies, distortions, and omissions offered to it by government commissioned Public Relations (P.R) firms that are paid to obscure the truth and spin palatable lies.

John Rendron, founder of The Rendron Group (TRG), who describes himself as “an information warrior and perception manager”, is one such PR firm.

The secular governments of Iraq, Libya, and Syria all — prior to Western invasions — opposed terrorist organizations such as al Qaeda.

Iraq is now home to a multitude of terrorist organizations, including ISIS. Former President Bush and his aides sold the illegal invasion of Iraq to the public by making 935 false claims, including the lies about Weapons Of Mass Destruction.

In Libya, the West allied itself with terror groups such as al Qaeda to illegally topple the government, and now jihadists wield power where before they had none. In Terror Inc. And The War On Libya, I enumerate some of the lies propagated by the West:

Gadaffi is “bombing his own people”.

The West is currently allying itself with some of the same terror groups –al Qaeda/al Nursra Front, and ISIS, as it finances, organizes, and trains fundamentalist proxy forces in its illegal war against Syria. The West’s cover for invading Syria is, ironically, to wage war on ISIS, even as ISIS forces are comrades-in-arms in the sense that they share a common “enemy”, with the U.S: President Bashar Al Assad’ssecular government.

The solution to the problem of terrorism emerges from a cursory examination of these “spin-free” facts.

If the West really wants to stop terrorism, then it should stop allying itself to terror organizations, and it should stop invading secular countries. That is the simple truth behind the blinding spin.

But the West doesn’t really want to stop terrorism.

Those who control the levers of power want to exploit unreasonable fear, they want to keep the public in the dark, and they want to impose police state legislation. They could not advance their destructive agendas if they told the truth.