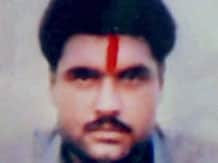 Two death row prisoners have been indicted in Pakistan for the murder of Indian national Sarabjit Singh at a jail here.

During the proceedings, copies of chargesheet were handed over to both the accused. Judge Syed Anjum Raza Syed adjourned the hearing till January 20 and directed the prosecution to produce witnesses.

The two accused had brutally attacked 49-year-old Sarabjit at the Kot Lakhpat Jail in April last year. Sarabjit, who had sustained severe injuries, including a fractured skull, died on May 2.

A jail official told PTI that hearing was held in high security.

He said the Kot Lakhpat police had completed the investigations.

The police will produce witnesses – both Indian and Pakistani inmates – who have already recorded their statements before them, the official said.

Amir and Mudda earlier had confessed to the crime before a single-member judicial commission which was constituted to probe the murder.

They reportedly told investigators that they had attacked Sarabjit because he had allegedly carried out bomb attacks in Lahore.

Sarabjit was convicted for alleged involvement in a string of bomb attacks in Punjab province in 1990 that killed 14 people.

His family, however, said he was the victim of “mistaken identity” and had inadvertently strayed across the border.

His mercy petitions were rejected by the courts and former president Pervez Musharraf.

In 2008, the Pakistan People’s Party-led government had put off Sarabjit’s execution for an indefinite period.