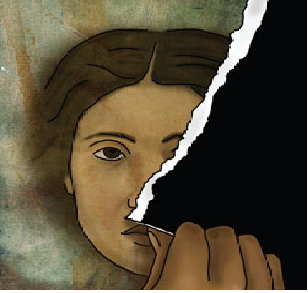 Three sisters were attacked with acid in their sleep in Uttar Pradesh Gonda. The sisters, all minors, belong to the Dalit community.

Three sisters, belonging to Dalit community, have been attacked with acid in UP’s Gonda (Illustration used for representation/India Today)

Three sisters were attacked with acid in their sleep in Uttar Pradesh’s Gonda city on Monday night. The sisters, all minors, belong to the Dalit community.

The sisters, aged 8, 12, and 17 years, were sleeping when an unknown person threw acid on them. While two of them have received minor burn injuries, one has sustained injuries on her face.

They have been admitted to a district hospital for their treatment. No arrests have been made so far.

The incident has happened even as the gory incident in Hathras where a Dalit woman was allegedly gangraped is yet to be wiped out from the memory. She succumbed to her brutal injuries on September 29.

An investigation has been initiated in the case.

Gonda SP Shailesh Kumar Pandey told India Today TV that the chemical used to attack the three girls is being examined and the victims are currently undergoing treatment at a district hospital. “Forensic teams have reached the spot and a police investigation is going on,” he said.

He also assured that the accused will be arrested soon.

NHRC acts on complaint of journalists being targeted amid lockdown in Varanasi
Love jihad? No, it's all about mutual respect, say inter-faith couples
Modi Government should be sued for contempt of SC Order on Aadhaar #UID
Kerala Journalist Arrested For A Second Time Under Fabricated Case