A SECRET FBI STUDY found that anger over U.S. military operations abroad was the most commonly cited motivation for individuals involved in cases of “homegrown” terrorism. The report also identified no coherent pattern to “radicalization,” concluding that it remained near impossible to predict future violent acts.

The study, reviewed by The Intercept, was conducted in 2012 by a unit in the FBI’s counterterrorism division and surveyed intelligence analysts and FBI special agents across the United States who were responsible for nearly 200 cases, both open and closed, involving “homegrown violent extremists.” The survey responses reinforced the FBI’s conclusion that such individuals “frequently believe the U.S. military is committing atrocities in Muslim countries, thereby justifying their violent aspirations.”

Online relationships and exposure to English-language militant propaganda and “ideologues” like Anwar al-Awlaki are also cited as “key factors” driving extremism. But grievances over U.S. military action ranked far above any other factor, turning up in 18 percent of all cases, with additional cases citing a “perceived war against Islam,” “perceived discrimination,” or other more specific incidents. The report notes that between 2009 and 2012, 10 out of 16 attempted or successful terrorist attacks in the United States targeted military facilities or personnel.

Overall, the survey confirmed the “highly individualized nature of the radicalization process,” a finding consistent with outside scholarship on the subject.

“Numerous individuals, activities, or experiences can contribute to an extremist’s radicalization,” the report says. “It can be difficult, if not impossible, to predict for any given individual what factor or combination of factors will prompt that individual’s radicalization or mobilization to violence.”

The report is titled “Homegrown Violent Extremists: Survey Confirms Key Assessments, Reveals New Insights about Radicalization.” It is dated December 20, 2012. An FBI unit called the “Americas Fusion Cell” surveyed agents responsible for 198 “current and disrupted [homegrown violent extremists],” which the report says represented a fraction of all “pending, U.S.-based Sunni extremist cases” at the time. The survey seems designed to look only at Muslim violent extremism. (The FBI declined to comment.)

Agents were asked over 100 questions about their subjects in order to “identify what role, if any,” particular factors played in their radicalization — listed as “known radicalizers,” extremist propaganda, participation in web forums, family members, “affiliation with religious, student, or social organization(s) where extremist views are expressed,” overseas travel, prison or military experience, and “significant life events and/or grievances.”

Among the factors that did not “significantly contribute” to radicalization, the study found, were prison time, military service, and international travel. Although, the report notes, “the FBI historically has been concerned about the potential for prison radicalization,” in fact, “survey results indicate incarceration was rarely influential.” The report ends with recommendations that agents focus their attention on web forums, social media, and other online interactions, and step up surveillance of “known radicalizers” and those who contact them.

The study echoes previous findings, including a 2011 FBI intelligence assessment, recently released to MuckRock through a public records request, which concluded that “a broadening U.S. military presence overseas” was a motivating factor for a rise in plotted attacks, specifically the wars in Iraq and Afghanistan. That study also found “no demographic patterns” among the plotters.

“Insofar as there is an identifiable motivation in most of these cases it has to do with outrage over what is happening overseas,” says John Mueller, a senior research scientist with the Mershon Center for International Security Studies at Ohio State University and co-author of “Chasing Ghosts: The Policing of Terrorism.”

“People read news reports about atrocities and become angry,” Mueller said, adding that such reports are often perceived as an attack on one’s own in-group, religion, or cultural heritage. “It doesn’t have to be information from a jihadist website that angers someone, it could be a New York Times report about a drone strike that kills a bunch of civilians in Afghanistan.”

Perpetrators of more recent attacks have latched onto U.S. foreign policy to justify violence. The journals of Ahmad Rahami, accused of bombings in Manhattan and New Jersey last month, cited wars in Iraq, Syria, and Afghanistan. In a 911 call, Omar Mateen, who killed 49 people in an Orlando nightclub earlier this year, claimed he acted in retaliation for a U.S. airstrike on an ISIS fighter. Tamerlan Tsarnaev told investigators that the wars in Iraq and Afghanistan motivated his and his brother’s attack on the Boston Marathon.

In many of these cases, pundits and politicians focus on the role of religion, something Marc Sageman, a former CIA officer and author of “Leaderless Jihad: Terror Networks in the Twenty-First Century,” describes as a “red herring,” citing a history of shifting ideologies used to justify terrorist acts. 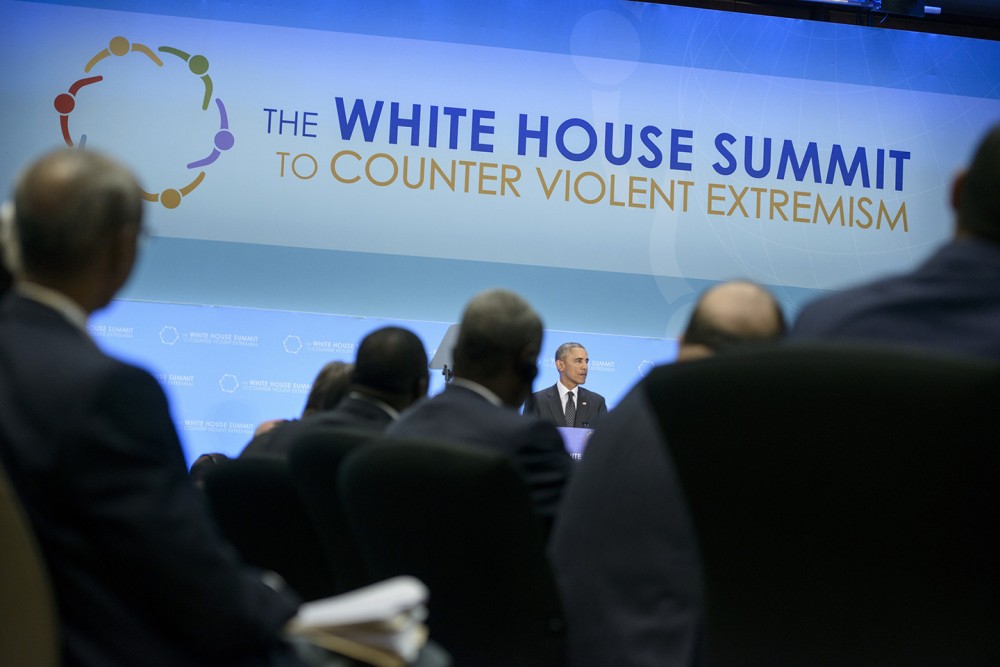 The U.S. government has announced plans to spend millions of dollars on “Countering Violent Extremism” initiatives, which are supposed to involve community members in spotting and stopping would-be extremists. These initiatives have been criticized as discriminatory, because they have focused almost exclusively on Muslim communities while ignoring political motivations behind radicalization.“Politicians try very hard not to talk about foreign policy or military action being a major contributor to homegrown terrorism,” Sageman says, adding that government reticence to share raw data from terrorism cases with academia has hindered analysis of the subject.

The limits of the CVE focus on community involvement are clear in cases of individuals like Rahami, whose behavior did raise red flags for those around them; Rahami’s own father referred him to the FBI. In his case, authorities did not find enough concerning evidence ahead of the attack to arrest him, underscoring the difficulty of interdicting individuals who may be inspired by organized terror groups despite having no obvious actual connection to them.

Sageman says that the shortcomings of CVE models reflect a misapprehension of what drives political violence.

“Terrorism is very much a product of individuals identifying themselves with a group that appears to be the target of aggression and reacting violently to that,” he says. “Continued U.S. military action will inevitably drive terrorist activities in this country, because some local people here will identify themselves with the victims of those actions abroad.”

Top photo: A member of the U.S. Air Force looks over flight paperwork inside a KC-135 Stratotanker flying over Iraq on March 17, 2016, in support of Operation Inherent Resolve.https://theintercept.com/2016/10/11/us-military-operations-are-biggest-motivation-for-homegrown-terrorists-fbi-study-finds/

Film Makers in their own words on #AwardWapsi
NAPM condemns the denial of timely rehabilitation to 700 residents , whose homes at Dhobi House, Jam...
America's Death Penalty Is Barbaric
Rajasthan - Woman Paraded Naked on Donkey on Orders of 'Kangaroo Court' #Vaw #WTFnews