Renuka Chowdhury, whose Parliamentary tenure ends soon, talks about being mocked at and insulted repeatedly by her male colleagues. 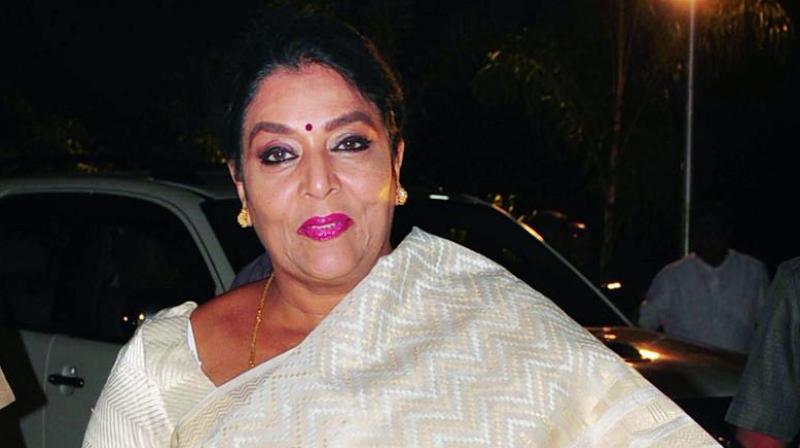 Not one to take it sitting down, Congress minister Renuka Chowdhury has made it a point to hit back at misogynistic comments time and again. About a month ago, Prime Minister Narendra Modi took a jibe at the minister, comparing her laugh to that of a character from the Ramayana. And this time around, Renuka has been body-shamed by Vice-President Venkaiah Naidu.

For the uninitiated, during her farewell speech at the Rajya Sabha, Renuka alluded to the fact that she knew Naidu when she was several kilos lighter, and said, “He (Naidu) knows me from many kilos before. Sir, many people worry about my weight but in this job, you need to throw your weight around.” To this, Naidu replied, “My simple suggestion is, reduce your weight and make efforts to increase the weight of the party.” And the House roared with laughter! It is worth considering here that when the Vice-President of the country gets away with such comments, it will only encourage fellow Indians to emulate him.

We speak to the Congress politician to find out her views on some of the events of the past.

Misogyny is omnipresent
“You claim you (Venkaiah Naidu) know me. But does knowing me reduce my stature as a colleague in Parliament? I am as much a member of Parliament as anyone else. What gives anyone the liberty to speak like that?” asks Renuka, adding, “Last time around the Prime Minister did it too. Minister of State for Home Affairs, Kiren Rijiju did it, when he uploaded a video showing me as Surpanakha and quickly deleted it when I said that I will file a case. We’ve had another Parliament member Tarun Vijay saying that we tolerate ‘dark skin’; look at people from South India! Misogyny is present everywhere and we won’t accept it be it from people of our party or another party. This is shameful and a yardstick to show the challenges faced by women.

“Years after Independence, when the Constitution empowered us to vote along with men, we are still struggling with basic fundas. Do they talk about men like that? Do they tell men ‘Why don’t you lose weight?’ or ‘Why don’t you get a haircut?’ or ‘Trim your beard’.”

Notably, although Renuka hasn’t taken any action against Naidu yet, she has tabled a privilege motion against Kiren Rijiju in  Parliament. “This hasn’t been taken up yet. So, on April 2, I will stand up and ask what happened to it. My motion should be addressed!” she states.

On being laughed at in the Upper House
“I deliberately changed it to light banter because I did not want my farewell to become a bitter issue. It was my last speech. Even last time the Vice-President had said to me: ‘Why don’t you go and see a doctor?’” says the minister.

Men should be taught good behaviour
Narrating an anecdote, Renuka says, “On the other hand, you have men like NCP’s D.P. Tripathi, who is a brilliant parliamentarian. He said during his farewell speech that we were together in supporting Vandana Chouhan’s return to Parliament. And that ‘she is a young lawyer and a very good parliamentarian. So proud that my party chose a woman!’ Other parties should also do this. He also added that she got it because she deserved it. There are only a handful of men in Parliament who talk like that. What a pity! What he said was not widely reported, but what these crude men say gets all the attention. And they are very happy to get that two-paisa publicity.”

Renuka adds that women should be responsible for effectuating change in the opposite sex: “We have to show men how to behave. We have to show people who is a real man — one who is confident enough to stand up and say I respect a women and not someone who thumps tables when the loutish Prime Minister talks rubbish.

“Ministers should learn from colleagues like Mr Tripathi and realise how greatly he rose in stature in front of the entire country. Being a man is not just about growing a moustache from your nose to ears, or having a six pack. Only those men who lack self-respect and self-esteem behave like this. They think that by being so crude it crushes women. But those days are over when we would sit and cry; now we hit back. Nothing proved it better than the Twitter handle, #LLRC (laugh like Renuka Chowdhury). Crores of women came out and said they wanted to be Surpanakhas, and not Sitas. I couldn’t believe the kind of support I got.”

She continues, “There is a huge responsibility that all of us collectively share. If children are going to be witness to discriminatory behaviour by parents and grandparents who ill-treat their daughters-in-law, it will give birth to misogyny. The rules of the game have changed. Men are lagging behind and need to catch up with the new world order, where none of this is tolerated. That is a challenge though! You have to teach a taxi driver that the lady sitting in the back of the car is not your sexual fantasy. We are not ornamental decoration for offices either. We haven’t left our homes and our security for your enjoyment. If we say no to men, they need to understand it as a ‘no’, not as a ‘maybe’!”

A call for inspiring examples
Renuka feels that if other women come forward to share positive stories about the men in their life, it can help bring about a change. “I think there should be a column where women can talk about their lives and the decent men they live with. The positivity might help. When I was the minister of women and child development, I had women come up to me and say: ‘Ma’am my husband is a perfectly nice guy when we are all alone, helps me in housework as well. But the minute his friends come in, he starts getting authoritarian and bullies me.’ We asked the guy why does he do that? He said men shame us saying ‘biwi ke palloo se jude ho’ and you are not man enough. Men come under peer pressure too. Such men need to see other men who behave decently. We also hear stories of men who stand up for women. We should celebrate great men like that. These are real men, not the ones in movies who say hasi toh phasi,” she elaborates.

It is embarrassing: Jaya Bachchan

The Naidu-Renuka incident has not gone down well with MP Jaya Bachchan either. She says, “I don’t speak as much in Parliament unless I am very angry. Living with someone who is only angry on screen, and not otherwise, has worked on me. We hear a lot of ‘wonderful’ language in the August House that we represent. It is embarrassing… it is not embarrassing when you hear it, but it is when you know that men in our country have not been educated, which is why they use the kind of language that they do. They don’t have the knowledge and they don’t know how to respect women.” Jaya was perhaps also referring to Naresh Agarwal’s comments on her here, when after losing out to her, he had said, “I have been compared with those who dance and work in films.”