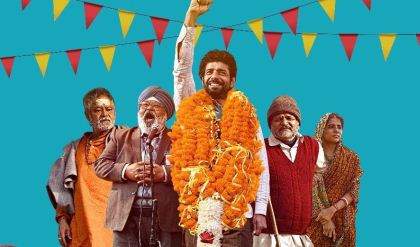 Ghosh said he tried to contact the UIDAI officials, asking for a formal letter with a list of the objections, but there was no response

The Unique Identification Authority of India (UIDAI) has raised objections to certain dialogues of the Hindi movie “Aadhaar” and has suggested “28 cuts”, the director of the film Suman Ghosh said on Sunday.

A mail sent to the UIDAI on the matter did not elicit a response.

According to Ghosh, officials from the UIDAI, the government agency mandated to issue Aadhaar, an easily verifiable 12 digit random number to all residents of India, had called Jio Studios and asked for a screening in January.

The film was cleared by the Central Board of Film Certification (CBFC) in 2019 and was gearing for a release on February 5 earlier this year when it was abruptly “pulled out” a week before its opening, he said.

“I found out that the release has been postponed. I was informed by Jio Studios on phone that the government agency saw the film and proposed 28 cuts,” Ghosh told PTI from Kolkata over phone.

The filmmaker, known for the National Award-winning Bengali feature “Podokkhep” and the documentary “The Argumentative Indian” on Nobel laureate Amartya Sen”, said his film is “pro-Aadhaar” and that is why he is baffled by the current situation.

“It is a very frustrating situation for me because I don’t know the way ahead. I am sure that if the right people see it from the government, there will be no problem. It’s a pro-Aadhaar film, not a propaganda. So I am surprised by this.” Ghosh said he was verbally communicated that the UIDAI objected to certain dialogues from the film, including the line, “Main Aadhaar Hoon” meaning “I Am Aadhaar”, which the director claimed the officials felt was demeaning the Aadhaar programme.

According to the makers, “Aadhaar” follows the story of a villager, Pharsua (Singh), who is the first to enrol for Aadhaar card in his village but due to a premonition concerning his wife’s health by the village priest, he sets on an uphill task of getting his number changed.

Another sequence, the UIDAI reportedly did not like, was a scene involving a curious villager trying to understand the privacy concerns of the Aadhaar card, and wondering if the government will now be privy to what goes on in their bathrooms.

Ghosh said he tried to contact the UIDAI officials, asking for a formal letter with a list of the objections, but there was no response.

“There was every attempt to talk to the government from Jio Studios, but nothing got resolved in the last six months.

“Even I tried to contact the UIDAI. I sent emails, made some phone calls, but they didn’t respond to me either. I had written to them, asking to provide me with a list of the cuts, but was only told verbally about some of them by Jio Studios.

The filmmaker, who in the past had a run-in with the CBFC with his 2017 documentary “The Argumentative Indian”, said there was at least an open dialogue between him and CBFC chairperson Prasoon Joshi on the matter then.

“Prasoon Joshi saw the documentary and found nothing objectionable. We argued over the use of one word. My experience with Prasoon Joshi was wonderful last time. But here, I just want a hearing by the UIDAI, to let me at least have a dialogue. I want to fight and resolve this problem,” he said.

Ghosh said he is unaware of the current status of the film, but believes Jio Studios is trying to resolve it from their end.

“Even if they have an objection, we can have a dialogue and try to resolve it, rather than stopping a film like this, where I am not being able to talk to anyone, that I find quite bizarre and odd,” he added.