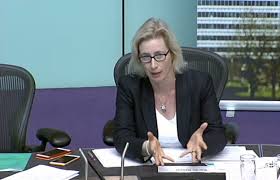 In the context of Indian PM Narendra Modi’s visit to the UK, we are deeply shocked at the gut-wrenching violence against women and children in Indiabeing defended by politicians of Modi’s ruling Hindu rightwing party, the BJP.

Hindu extremists, or their associates, stand implicated in rape and murder while some BJP leaders actively mobilise to defend them and undermine the rule of law (Reports, 12 April and 17 April).

In Kathua, in Jammu and Kashmir state, eight-year old Asifa was horrifically gang raped and murdered in a Hindu temple by a group of men, in order to terrorise the nomadic Muslim Bakarwal community she belonged to. There followed violent protests in defence of the accused by a pro-Modi Hindu rightwing outfit the Hindu Ekta Manch. At least two BJP ministers took part in these protests. In Unnao in Uttar Pradesh, ruled by the BJP’s notorious hate preacher Yogi Adityanath, a 16-year-old girl was raped. When her family protested after almost a year of inaction by the police, her father was brutally assaulted by Sengar’s [one of the suspect’s] supporters, arrested on a false case and died in police custody.