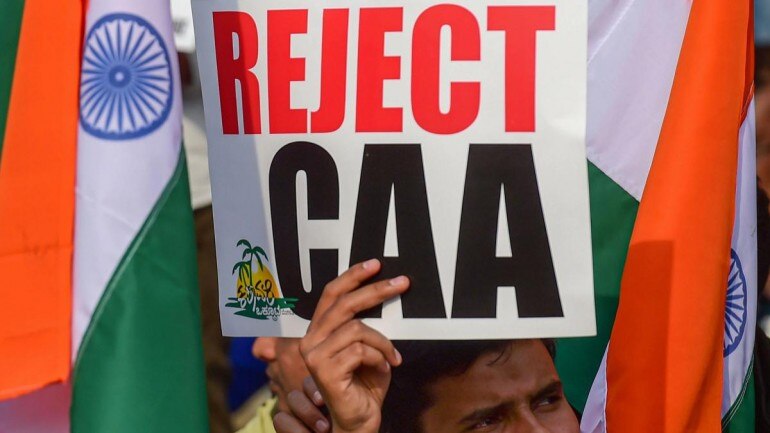 THE United Nations High Commissioner for Human Rights (the High Commissioner) has filed an application in the Supreme Court of India seeks to intervene as amicus curiae (third party) in a batch of petitions challenging the constitutional validity of India’s ‘Citizenship (Amendment) Act, 2019’ (CAA) passed by Indian Parliament in December 2019.

The plea by the High Commissioner further states that the examination of the CAA by the Supreme Court of India is of substantial interest to the High Commissioner, considering its potential implications for the application and interpretation of India’s international human rights obligations, including the right to equality before the law and the prohibition of discrimination as well as the CAA’s impact on the protection of human rights of migrants, including refugees in India.

According to the High Commissioner “all migrants regardless of their race, ethnicity, religion, nationality and/or immigration status enjoy human rights and are entitled to protection. The principle of non-discrimination, as well as that of equality before the law and equal protection before the law without discrimination, are firmly anchored in international human rights instruments and form the foundation of the rule of law. In accordance with these principles, it is an essential obligation of the States to eradicate discrimination in the public and private spheres. The right to equality before the law is to protect from arbitrary and unjustified differential treatment by the authorities. The ICCPR, ICESCR and the CRC all include important non-discrimination clauses, including on the ground of religion”.

It adds,  “the principle of equality also requires that States adopt special measures to eliminate the conditions that cause or help perpetuate various forms of discrimination. Both principles are included in the Universal Declaration of Human Rights and human rights treaties”.

“Indeed, international human rights law does not distinguish between citizens and non-citizens or between different groups of non-citizens, within the jurisdiction of a State party in their equal right to enjoy protection from discrimination and be equal before the law, including in respect of their migration status”, says application.

The plea also raises question whether the differentiation made with regard to persecution on religious grounds, as opposed to other grounds, is sufficiently objective and reasonable, in particular  taking into account the prohibition of refoulement and India’s obligations under international human rights law

According to the High Commissioner, the CAA protects Afghan, Bangladeshi and Pakistani Buddhist, Christian, Hindu, Jain, Parsi and Sikh immigrants who meet the conditions set out in the CAA from being returned to a country where they would face persecution on religious grounds, by addressing their irregular migration status by providing them with an expedited pathway to citizenship. While this is a worthy and commendable objective, it raises a number of issues related to India’s wider human rights obligations in the context of the fundamental principle of non-refoulment.

The principle of non-refoulment, according to the High Commissioner, under international refugee law prohibits return in any manner whatsoever to threats to life or freedom on account of five grounds, including but not restricted to religion.61 Under international human rights law return is prohibited where there is a real risk of the individual suffering “irreparable harm”, which is a concept broader than persecution and does not require that the risk of harm be linked to specific grounds.

The plea further adds, under international human rights law, the principle of non-refoulment prohibits the expulsion, return extradition of a person in the territory of a State or under its jurisdiction or effective control to  another State when there are substantial grounds for believing that the person would be in danger of being subjected to irreparable harm, such as violations of the right to life, torture, ill-treatment and enforced disappearance, among others. This principle applies to all forms of expulsion or return of persons, regardless of their nationality, legal status, immigration status, statelessness or citizenship. It is an absolute principle from which no derogation is possible.