Six Latin American countries want an expert who will be an LGBTQIA+ ‘rights officer’, answerable to the UNHRC. 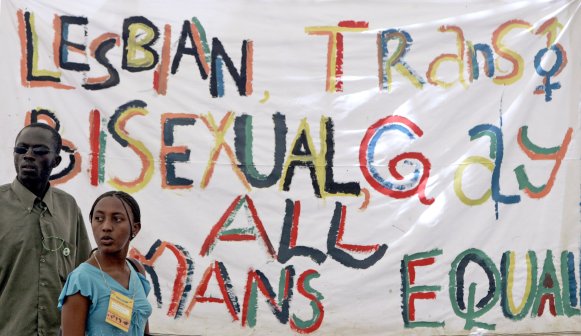 In the wake of growing violence against lesbian, gay, bisexual, trans, queer, intersex, asexuual and other sexuality (LGBTQIA+) populations across the world, a group of six Latin American nations – Argentina, Brazil, Chile, Colombia, Mexico and Uruguay – has proposed the creation of the post of an independent United Nations expert dedicated to monitoring human rights violations on the grounds of sexual orientation and gender identity, also referred to as SOGI. This expert would be an LGBTQIA+ rights officer, who would be answerable to the United Nations Human Rights Council (UNHRC), which is going to discuss the proposed resolution at its ongoing session in Geneva.

The significance of having an independent expert lies in the principal functions of the council’s “special procedures“. In order to maintain a high level of vigilance and curb human rights violations on the basis of one or more personal traits or behaviours (including skin colour, religion, sex, age, albinism, disabilities and more), the UNHRC adopts a number of mechanisms through the establishment of these procedures.

Formed in the year 2006, these special procedures comprise the appointment of an independent human rights activist/expert (known as an independent expert or special rapporteur or special representative) or a group of such experts (known as a working group), who report and advise on several human rights issues. Under this mechanism, experts work on thematic mandates (such as people of African descent, cultural rights and rights of indigenous people) as well as country-specific mandates.

Upon receiving information on any specific allegation of human rights violation, independent experts are expected to take swift action and ask stakeholders (states or occasionally non-state actors) for further clarification. One good example of how they take necessary action, based on a specific complaint, is a joint statement by three UN experts in which they have called on the Indian government to repeal the Foreign Contribution Regulation Act by expressing their concern about how the provision of this law has been used to ‘silence’ dissenting voices.

This process is followed by seeking further information about legal, policy or structural development in accordance with the initial allegation of human rights violations, submitting important observations and raising awareness with the respective stakeholders. They are expected to follow up until an effective measurement is taken by the policymakers involved. So, if any particular issue has been listed under any of the thematic mandates, the oppressed doesn’t need to be dependent upon the state and its jurisdiction; they can instead approach the UNHRC to bring attention to the issue.

The work of the proposed expert

The proposed independent expert on SOGI is expected to focus urgent, systematic and comprehensive attention to the breadth of violence on the basis of SOGI. Around the world, millions of people face systematic oppression because of their SOGI, which includes torture, criminal sanction, rape, repression of freedom of expression and association, denial of one’s self-defined gender identity, denial of basic rights and murder. Violence is used as a powerful tool to enforce the social construction of gender roles and binaries.

It is worth nothing what UN Secretary General Ban Ki-moon said while discussing SOGI in his address to the UNHRC in 2012. He said, “It is our duty, under the United Nations Charter and the Universal Declaration of Human Rights to protect the rights of everyone, everywhere… We need regular reporting to verify that violations are genuinely being addressed. I count on this Council and all people of conscience to make this happen. The time has come,” thus setting in motion the process of creating an LGBTQIA+ rights officer.

Led by South Africa, the UNHRC adopted its first ever resolution on “human rights, SOGI” in the year 2011. However, it took the supporters of the initial SOGI resolution three years to figure out how they would endure and press the issue further. Meanwhile, various organisations from over 100 countries expressed concern on SOGI-related abuses and called on the UNHRC to translate all proposals related to the building of a monitoring mechanism. This mechanism is meant to convert sustained attention on human rights violations based on SOGI into immediate action.

In line with those calls, in 2014, four Latin American nations – Brazil, Chile, Colombia and Uruguay – initiated a follow-up resolution as part of which the UN high commissioner for human rights was asked to prepare a study on LGBTQIA+ rights worldwide and make suggestions on how to combat violence on the basis of SOGI. Initially this was scrupulously opposed by several nations including Algeria, Ethiopia, Indonesia, Pakistan, Saudi Arabia and The Russian Federation. It was, however, finally adopted by the UNHRC. The report, published in 2015, incorporated landmark language about same-sex partnerships and the rights of intersex people.

The need for a SOGI-based thematic mandate

However, the absence of SOGI-based thematic mandates within existing special procedures have created a protection gap on the same within UN systems. For example, with this existing mechanism, any violence against sexual and gender minorities would require an independent expert or working group responsible for a different thematic mandate to apply their imagination in order to address the issue. Within this framework, the chances of not doing enough are much higher than they would be with a dedicated thematic mandate.

A dedicated mandate would contribute significantly to address such gaps. If the proposed resolution is adopted by the UNHRC, an all-time independent expert will be appointed who would concentrate on human rights violations based on SOGI. Such a system will then allow more a detailed exploration of the situation within a specific population, specific patterns of violence and the intersections between human rights violations based on SOGI, as well as on other grounds. There are plenty of examples of multiple layers of oppression around us. For example, the life of a cisgender gay man in a conflicted zone like Palestine is tougher than the life of a cisgender gay man in China. This would lead to finding the root causes of such violations in order to engage in constructive dialogue with apposite stakeholders.

“The creation of an independent expert on SOGI will provide activists with a LGBT focused mechanism at the international level which can be activated to shed light on the situation of LGBT people and bring pressure on the government to act to redress the same”, said Arvind Narrain, a prominent LGBTQIA+ rights activist in India who is currently serving as ARC International’s Geneva director.

Echoing him, Aditya Bandopadhyay, another prominent LGBTQIA+ rights activist and a practicing lawyer, added his thoughts on how this proposal will help people in India to fight systematic oppression. “Irrespective of the ruling of the Supreme Court or government action on removing Section 377 of (the) IPC, if this resolution is adopted, we will be allowed to approach to the UN independent expert looking at the SOGI mandate”, he said.

We will have to wait until the proposed resolution is up for voting at the UNHRC either on June 30 or July 1 this year to see if history will be made or not.

Avinaba Dutta is an independent gender and sexuality researcher and a policy analyst focussing on issues related to human rights violations.http://thewire.in/45279/an-upcoming-un-vote-on-appointing-a-dedicated-lgbt-rights-expert-could-make-history/