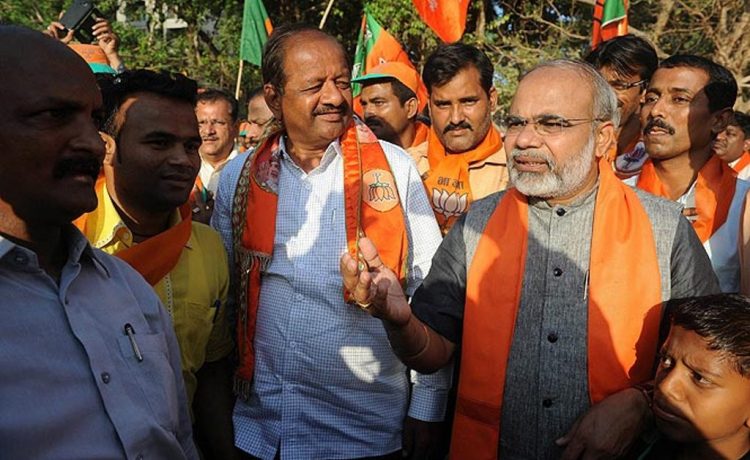 Lucknow: It seems like that Abhinandan Pathak who looks like of Prime Minister Narendra Modi is not happy with Bhartiya Janata Party (BJP) and have decided to campaign against Saffron party in upcoming Lok Sabha elections 2019 which gives hint that he may join hands with opposition leaders by joining Congress party. 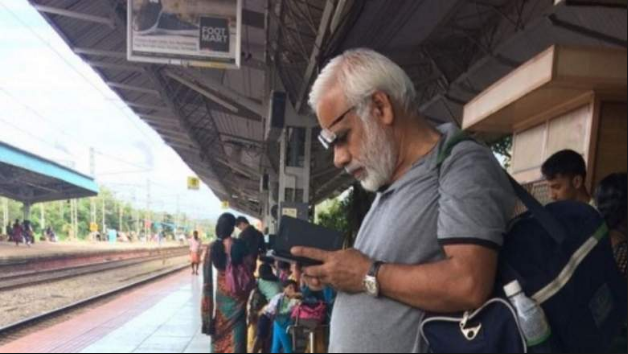 The failed promises of BJP have compelled him to campaign for the opposition in the upcoming 2019 Lok Sabha elections.

Pathak who is said to be a native of Saharanpur had been spotted at several BJP rallies as Abhinandan has unbeatable resemblance to PM Modi has been used by the BJP several times in the past. 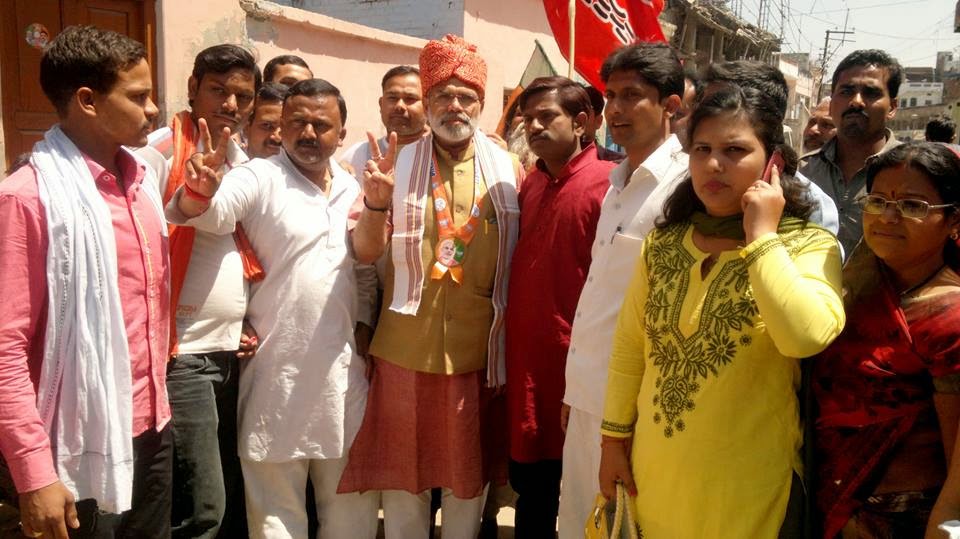 The resembling personality with Narendra Modi, Abhinandan is making media headlines with reports claiming that he has joined hands with Congress to protest against the ruling, BJP.

According to reports, the failed promises of BJP have compelled him to campaign for the opposition in the upcoming 2019 Lok Sabha elections. 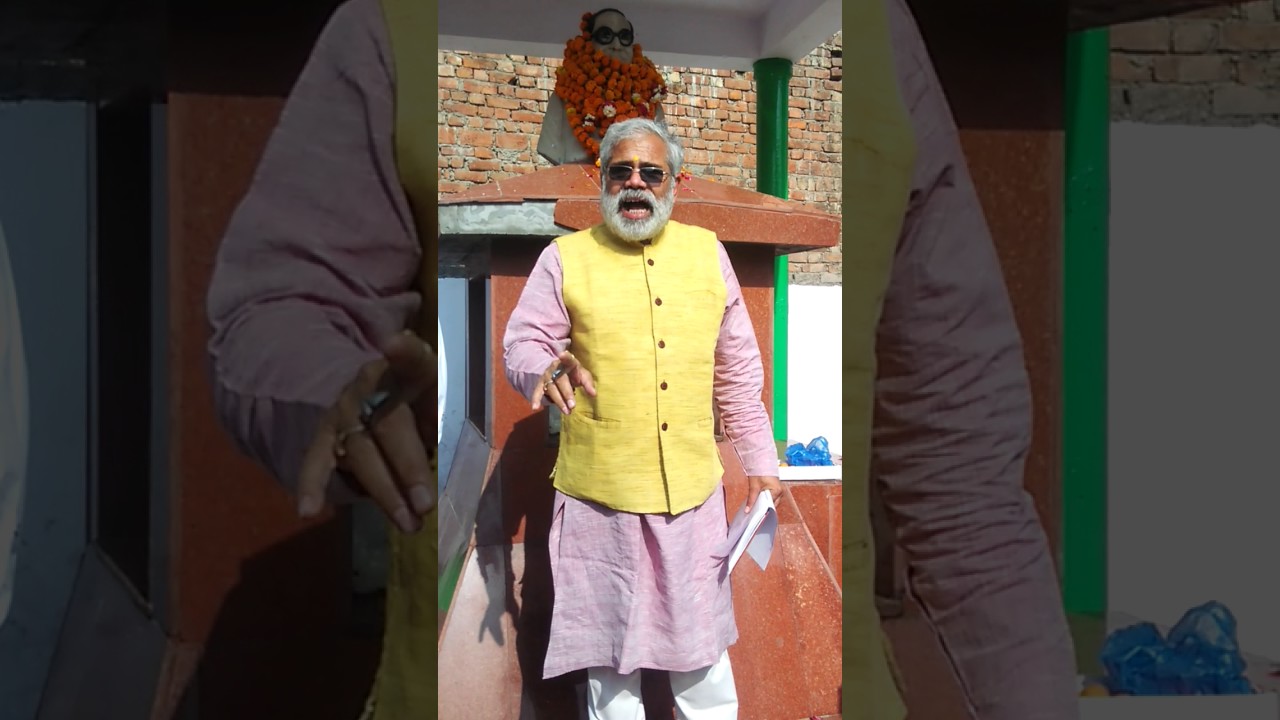 The unbeatable resemblance to PM Modi, Abhinandan Pathak has been used by the BJP several times in the past.

Pathak who is said to be a native of Saharanpur had been spotted at several BJP rallies during the Delhi elections 2015 and Uttar Pradesh elections 2017.

Now according to leading English newspaper, Abhinandan reached UPCC headquarters’ main building. The Congress workers were left in shocking state when they first saw Pathak as they thought it was PM Modi.

However, after being hit by the reality, a Congress worker reportedly mocked him with Rs 15 lakh in back account promise that PM Modi had made while campaigning for the elections.

Earlier, Abhinandan Pathak had contested Lok Sabha elections in 1999 and also the Vidhan Sabha elections of 2012. He has also served as a two-time corporator in Saharanpur.

While speaking journalist, he said that he really admires PM Modi and also he accepted him with open arms. However, the failed promises forced him to campaign for Congress.

He added that he has urged the UPCC chief to organise his meeting with Congress president Rahul Gandhi. He added that people didn’t get their ‘Achhe Din’ and the conditions have worsened so far. 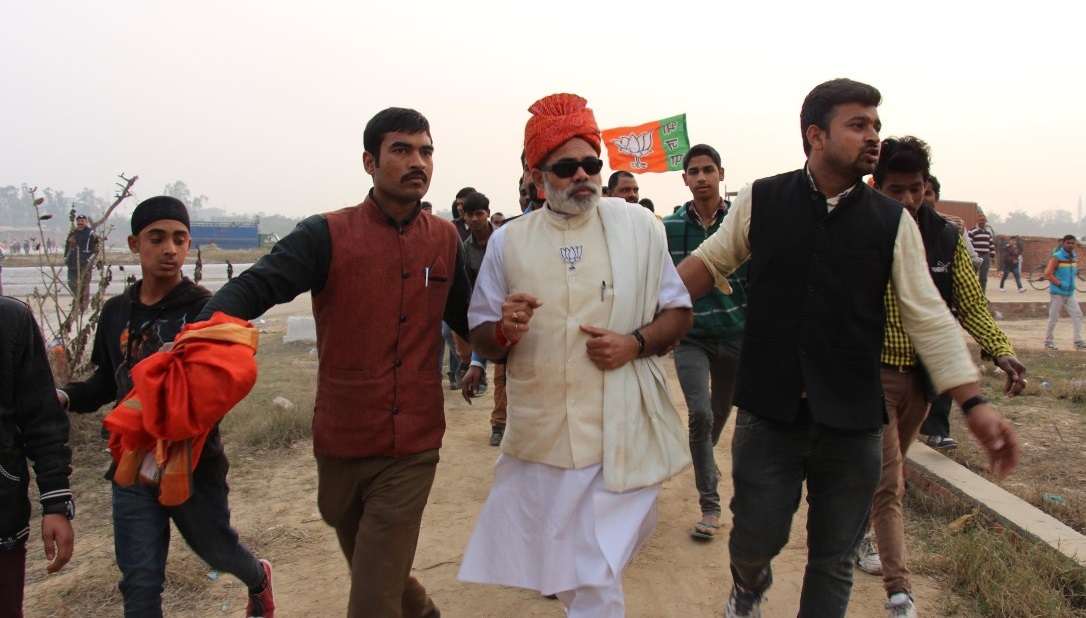 Abhinandan further said that he has written several letters to PM Modi but he has not replied to even one.

Confirming the reports, Congress spokesperson, Zeeshan Haider said that they have received the request and are following the due procedure.