Union Budget ‘moves away’ from Right to Education, 1.3 lakh schools closed down 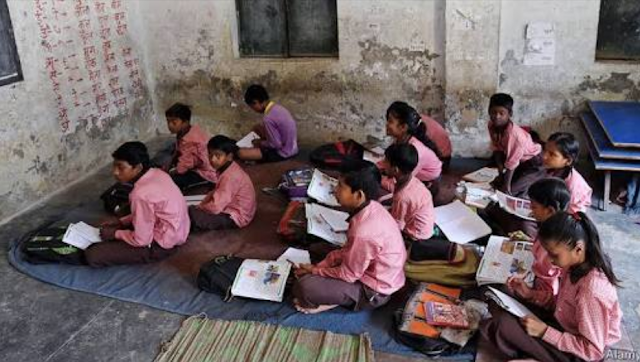 It was a shocking reply by the Union human resource development minister to a question raised in Parliament on closure of schools in a country where lakhs of children are still out of school. On December 2, the minister, Ramesh Pokhriyal ‘Nishank’, told Lok Sabha that the NITI Aayog’s education project, Sath-E, has led to 35,996 schools of different levels being merged in Madhya Pradesh, 4,312 in Jharkhand and 1,803 in Odisha. NITI Aayog is the Central Government’s policy think-tank.

A Right to Education (RTE) Forum analysis indicates that more than 1,30,000 schools have been closed across the country. It is time to reiterate and prioritize the importance of universalisation of school education. There has been a massive shift from the budget speech delivered by Finance Minister Pranab Mukherji in 2010-2011 and the budget speech of 2020. Pranab Mukherji in 2010 focused on the fundamental right to education and mentioned in his budget speech that:
“The Right of Children to Free and Compulsory Education Act, 2009 creates a framework for legal entitlements for all children in the age group of 6 to 14 years to education of good quality, based on principles of equity and non-discrimination. In recent years, Sarva Shiksha Abhiyan (SSA) has made significant contribution in improving enrolment and infrastructure for elementary education.

“About 98 per cent of habitations are now covered by primary schools. I propose to increase the plan allocation for school education from Rs.26,800 crore in 2009-10 to Rs.31,036 crore in 2010-11. In addition, states will have access to Rs.3,675 crore for elementary education under the Thirteenth Finance Commission grants for 2010-11”.

In 10 years, SSA, which was the umbrella programme for the implementation of RTE, has been merged with RMSA (Rashtriya Madhyamik Shiksha Abhiyan) and a scheme on teacher education. The scheme under which SSA has been merged is now called the Samagra Shiksha Abhiyan (SMSA), which includes pre-primary till class 12.

This shift has been made allegedly to meet the UN’s Sustainable Development Goal (SDG) 4 and 4.5, which are aimed at achieving universal education from pre-primary till secondary level and eliminate gender disparities ensuring equal access at all levels of education and vocational training for the vulnerable, including persons with disabilities, indigenous peoples and children in vulnerable situation.

Further, the budget on education has shifted to digitalization and on-line programmes on education to ensure quality education. There is no mention of completion and full implementation of Right to Education (RTE) Act, 2009 rather like every year SMSA has been a meager increase of Rs 2,428 crore compared to the previous year budget.

A paper by the Central Advisory Board of Education (CABE) committee indicates a tentative estimation of total additional costs between Rs 3,21,000 crore and Rs 4,36,000 crore over six years, which indicates an allocation of Rs 72,000 crore each year for the implementation of the Act. In 2010 nearly half of the total estimate was allocated, which increased to 4% of the total union budget in 2013-2014.

An incremental approach to budget for education is neglect of the fundamental right to education and universalisation of education. The CABE committee report or the Janardhana Reddy Committee report in its chapter IX stressed on universalisation of elementary education.
The report mentioned that and compulsory education of satisfactory quality should be provided to all children up to 14 years of age. A national mission should be launched for the achievement of this goal, it added. It was also proposed to set up primary schools within a distance of 1 km and senior primary schools within the distance of 2 or 3 kms.

The government now is only emphasising on non-formal education, on-line education, digitalization of education, skill training

These amendments were accepted. It was realized that without instituting a system of free and compulsory education in the country it is not possible to ensure education for all, and the need for investing at least 6% of GDP was reiterated and prioritized.

However, now the government is reversing things, and instead of focusing on universalisation of education through a system of free and compulsory education for 3-18 years of children, it is emphasising on non-formal education, on-line education, digitalization of education, skill training in its discourse. The expenditure for education sector as percentage of GDP decreased to 2.8% in 2014-15 from 3.84% in 2013-2014 and is still staggering at 3.1% in 2019-20.

This year’s budget, again, mentions that a New Education Policy (NEP) will be announced soon. However, there is no mention of RTE and how it is imperative to increase investment at least to reach to somewhere near the 6% GDP, which was calculated long back in 1966 and recommended by the Tapas Mazumdar committee in 1999.
Financing of education and responsibility of the state has been under national debate and has been globally vetted by civil society networks and political party manifestoes. Lack of basic infrastructure for schools is just not concrete pipes and wires but collection of systems — material, social and political — so that children participate in social and economic life.
Closure of schools, shrinking role of state, and allocation of resources not based on need but on an incremental basis will never be able to achieve the goal of fundamental right to education for all children.

The RTE Act laid the foundation of universalisation of education in the country. It is about education with a normative framework which will make education equitable and universal. It is about state responsibility and primary role of teachers for ensuring quality education. It is about role of community and school community relations for monitoring and planning for the development of the school.

All these require resources and investment in education, which has led to development in many countries across the globe. The draft NEP has suggested extension of RTE to pre-primary to secondary education. Without adequate resources this is another hyperbole and unreal for translating the goal to reality.
Incremental resource allocation without a needs assessment will never be able to address the following challenges of universalisation of school education today: