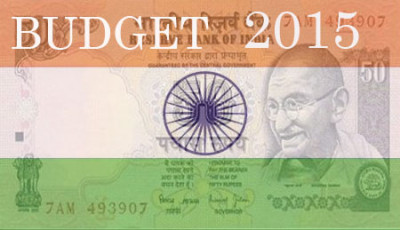 The Union Budget (2015-16) has subsidized the corporate sector by providing the tax reductions and sops. The wealth tax (replaced by a 2 per surcharge) and the phased reduction of corporate tax have made the richer sections of the economy jubilant. The burden of indirect taxes is going to break the back of poor women.

Macroeconomic measures proposed in the budget are detrimental to the working class and marginalized sections of the economy. Instead of raising the direct taxes from rich sections to fund the Railway budget, public-private partnership (PPP) model is promoted to further the cause of corporatization of transport and make the masses pay more for the transport services.

The budget has demanded the diversion of pension funds and MP Local area Development (MPLAD) funds thereby absolving the government from any direct responsibility to enhance financial support for regional development and pensioners. Reduction in financial allocation for Panchayati Raj, the Union Budget makes a mockery of democratic decentralization in the absence of financial decentralization, the local self government bodies become ineffective and the talk of 50% reserved seats for women in the rural and urban local self government bodies becomes an empty rhetoric of ‘empowerment of women’.

Public economics with no concern for the marginalized groups
The state is increasingly withdrawing from the social sector in which the financial allocation has been reduced to from 16.3 percent 2014-2015 (budget estimates) and 15.06 percent revised estimates, 2014-15 to 13.7 percent of the current budget outlay for 2015-2016. Financial allocation for women’s needs gets reduced in the current budget as the percentage of allocation for women and child development remains stagnant at 0.01 percent of the total budget. This budget fails to translate gender commitments of the government into budgetary commitments as the financial provisions for gender concerns have reduced from 4.19 percent of the estimated total budgetary expenditure in 2014-2015 to 3.71 percent of the total expenditure in the current budget.

Gender budgeting
In the Union Budget 2015-16, there has been nearly 50% percent decrease in the allocation of the Ministry of Women and Child Development over the revised budget of 2014-15. Even if we add the Rs. 1000 Cr for the Nirbhaya fund and Rs. 100 Cr for the Beti Bachao, Beti Padhao fund to the ministry’s allocation, there is still a decrease of more than 1/3rd allocation in the total amount allocated for women and child development. The Gender Budget has been drastically slashed by 20 per cent (less by Rs. 20,000 crore). Major chunk of gender budget is cornered by Reproductive and Child Health (RCH) with an aim of population stabilization and to meet the targets of ‘two-child norm’.

MGNREGA – Mahatma Gandhi National Rural Employment Guarantee Act
MGNREGA, a major safety net for poorest of the poor women has received a major blow. For women headed households where main economic burden of the family is shouldered by widows, separated, single and deserted women; the survival struggle will be more painful and extremely arduous due to symbolic increase in budgetary allocation for Mahatma Gandhi National Rural Employment Scheme in the context of galloping inflation. The Finance Minister stated that he will only allocate an additional Rs. 5000 Cr to the scheme if there is an increase in the revenue receipts of the government.

Health and nutrition
The economic survey presented along with the budget, criticizes the PDS systems and argues for the uniform application of the cash transfer scheme through JAM (Jan Dhan- Aadhar and Mobile network) as a means of implementing food subsidy. Experience shows that this policy measure has failed to ensure proper nutrition for women as it cannot ensure adequate food for them.

ICDS and Midday meals
The allocations under the ICDS and Midday Meal Schemes have come down by half, from over Rs. 16,000 crores to Rs. 8,000 crores only in the Union Budget. The government made an empty promise of increasing the allocations for ICDS by Rs. 1500 Cr on condition of increase in revenue receipts. The gender budget in the health sector has been reduced by 17.9 percent over last year’s revised estimate. The budget perceives women only as reproductive beings, as a result overall health needs of women and girls are neglected. There is nothing in the budget for elderly women.

Education of girls
The disregard for girls’ education is also evident in this budget. The overall gender budget for school education has come down by 8.3 percent over last year’s revised estimate. The budget for Sarva Shiksha Abhiyan has been reduced by 9.5 percent. The much touted Beti Bachao Beti Padhao Abhiyan gets only Rs. 100 Cr which is a mockery of this important slogan.

Rail Budget
The Rail Budget must give priority to increase the number of women’s compartments and prevent men from encroaching in them, improve lighting in all compartments, toilets and on railway platforms and outside railway stations, post policewomen and have a special helpline for women commuters. Moreover, the ministry must give top priority to cleanliness, affordable and safe food, sufficient toilets, clean drinking water and adequate health services on railway coaches and platforms. Most of the cases of kidnapping of women and children take place at the railway stations. Hence, budget for ‘Women’s Help Desk” functioning 24 X 7 must be created to cover all major railway stations and junctions throughout the country.

Social security
Women’s organizations have been demanding universal social security coverage for all women workers. But, in this budget, there is no special focus on the needs of working women, especially in the unorganized sector. Though the budget has provided for a pension, old age pension and social safety net fund, the allocation for finances for these much needed schemes is highly insufficient. There is a virtual phasing out of schemes like shelter homes for single women, one stop crisis centres and there is only a meager allocation of Rs. 30 Cr for hostels for working women. The scheme for improving the working condition women and child labour has also got a slight increase.

As far as the allocations for women safety are concerned, the budget increases the Nirbhaya Fund by Rs. 1000 Cr. But let us not forget that last two years’ budgets, 2013-14 and 2014-15, allocations under Nirbhaya fund were not utilized as the government has no concrete plan of action to create structures, channels and mechanisms to use this fund.

India’s commitment to universal social security does not offer much in reality. In spite of high maternal and child mortality rates in our country, there is nothing on universal maternity benefit. In spite of hundreds of thousands of women involved in subsistence production, neither Economic Survey nor the budget recognizes women farmers. Budget talks about the raised agriculture credit target by Rs.50, 000 crore to Rs.8.5 trillion for 2015-16 fiscal and also announced financial support to enhance irrigation and soil health for higher agriculture productivity. Lot in the budget is being talked about farmers, small farmers but nothing on women farmers.

Infrastructure
The allocation for infrastructure sector Rs 70,000 crores, but it doesn’t talk about the investment for reduction in the daily grind of unpaid care work done by women in terms of cooking, cleaning, caring, collection of fuel, fodder, water, looking after live-stock and kitchen-gardening. It is high time that budget recognizes, reduces and redistributes the women’s unpaid care and non-care work. Women pedestrians need footpaths, women vendors and entrepreneurs need market places, women commuters need affordable and safe transport, rest rooms and public toilets, elderly women in half way homes, but the union budget is not bothered about these crucial concerns of women.

Conclusion
In conclusion, it is clear that the toiling poor, majority of who are women, are the major casualty as the budget hardly offers anything in terms of

Economic services such as schemes for training and skill development, and provision for credit, infrastructure, marketing etc. which are critical to women’s economic independence and autonomy. e.g. STEP, Support for Training and Empowerment of Girls, working women’s hostel.