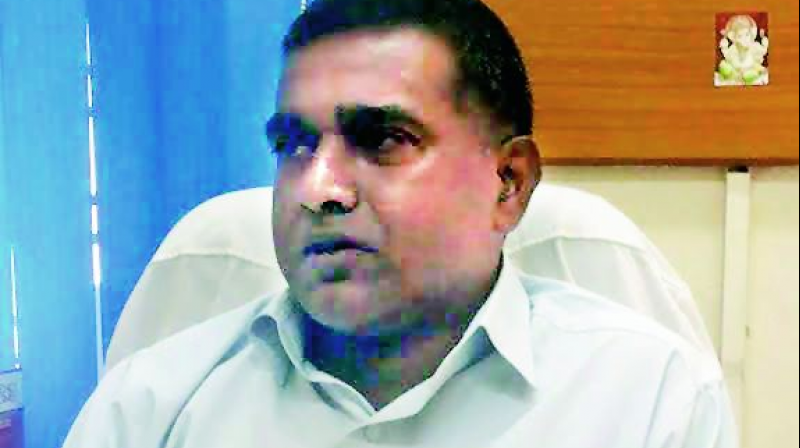 CMO Capt. Ravinder Kumar
Hyderabad: He is the doctor of the national hockey team. He has served the Army for seven years. But, Captain Ravindra Kumar, the chief medical officer at the University of Hyderabad, is frustrated.

The upper caste lobby has been harassing him for several years after he was appointed in the key post on campus because, he says, he is a Dalit.

“I have felt like committing suicide several times due to the harassment from the upper caste lobby. I did not end my life because I have to take care of my family,” says Capt. Dr Ravindra Kumar (retired), who sent his resignation letter to vice-chancellor Appa Rao Podile on Thursday.

“They harassed me by filing false cases. They tried to put me down by appointing junior staff in key committees like the hospital regulation committee. The kind of humiliation I faced after Prof. Appa Rao took charge as vice-chancellor cannot be explained in a few words. I have been serving UoH for 26 years, and this is what I get,” said Dr Kumar.

After Rohith wrote to the V-C asking for poison, as per protocol, the CMO should have been notified. “Prof. Appa Rao should have alerted me after he received the letter. We have a medical counsellor for students and we could have helped Rohith if the V-C had informed me,” said the CMO.

Soon after Rohith’s death, Dr Kumar called the V-C on his mobile phone as per protocol, but he did not answer. “He texted me stating he would call me once he is free. But he has not called me back till today,” he said.

The V-C also violated the university protocol by not reporting the Susheel Kumar incident to the CMO.

“They appointed Dr Anupama, who is several years my junior, to examine Susheel after the alleged assault. Official procedure states that the CMO should get the medical report. They never showed me the report because I am a Dalit and they feared they would not be able to manipulate it,” said Dr Kumar adding that Dr Anupama was chosen because she belonged to the upper caste.

After Prof. Appa Rao took charge, the CMO had to meet him for official communications but the the V-C always tried to avoid such meetings, he said.

“When I went to his office to convey important official matters, he either kept me waiting outside or refused to meet me.

“I have seen people, with no connection with the university, freely walking into his chamber, while I waited outside. Why was he reluctant? I was not going to ask him for personal favours. I was doing my official duty,” Dr Kumar said.

Blood banks in Gujarat sold blood to pharma companies for crores, says CAG report #WTFnews
RTI Shows Rs 4.15 Crore Spent on Publicity of Arogya Setu App between May and July 2020, All Else is...
Meghalaya Peoples’ Committee on Aadhaar (MPCA) to approach SC
No, The SC Has NOT Made It Mandatory For You To Link Your Phone With #Aadhaar