Unpacking the Hypocrisy of the NCW 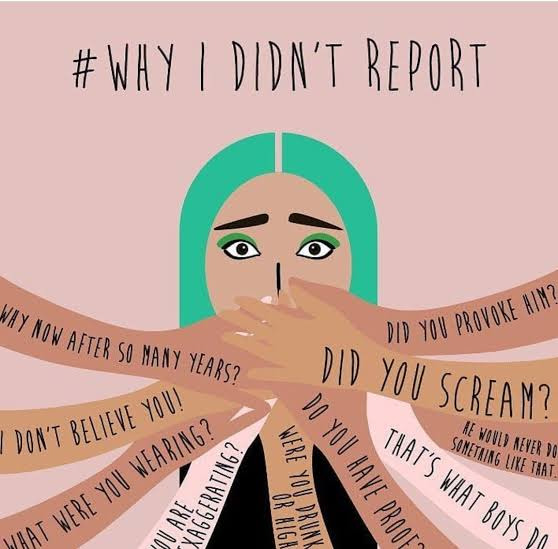 Trigger Warning: The following content has mentions of rape, assault and murder. Due discretion is advised.

The National Commission for Women (NCW) is a statutory body which is constituted by the Central Government of India. NCW consists of:

– a Chairperson, committed to the cause of women;

– five members who have had experience in law or legislation, trade unionism, management of an industry or organisation committed to increasing the employment potential of women, women’s voluntary organisations (including women activists), administration, economic development, health, education or social welfare;

– a Member-Secretary who is either an expert in the field of management and sociological movements or an officer from the civil services with appropriate experience.

The Chairperson, the five Members as well as the Member-Secretary are nominated by the Central Government. The functions of the NCW is to facilitate due legal process and ensure welfare in cases related to hardships faced by women.

The constitution of such a body with the above mentioned functions and responsibilities promises a just procedure of mitigating hardships to the female victims of the country. However, the lack of clarity in terms of whether someone is qualified enough to be a part of such a body or whether they are being appointed on the basis of their connections, has resulted in a significant number of cases where controversies have risen due to the regressive mindsets of the appointed officials of the NCW. A brief look at some of these cases might make one wonder whether the presence of such a body is for the better or is the Commission making things worse?

In January 2009, the NCW came under the spotlight when 40 male members of the Sri Ram Sena (a Hindu Right-Wing group) physically attacked 8 women in a pub. On being asked about her views on the case, NCW Member Nirmala Venkatesh remarked that those women shouldn’t be afraid to make a statement if they think they did nothing wrong. Such an inconsiderate remark by a member of a Commission that is supposed to be qualified enough to understand the nuances of a victim’s trauma questions the grounds of Venkatesh’s appointment.

Another incident in July 2012 when a 17 year old girl was molested by a group of men outside a pub in Guwahati, NCW Member Alka Lamba was accused of leaking the name of the victim in the media. Moreover, the NCW Chairperson Mamta Sharma was reported to have suggested how women must dress in order to avoid getting molested, drawing sharp criticisms from media and the public. This incident was marked by insensitivity and victim blaming from the members of the NCW. This again questions their eligibility to be part of such a Commission.

In October 2020, NCW Chairperson Rekha Sharma was reported to have met with Maharashtra Governor Bhagat Singh Khoshyari to discuss the increase in cases of Love Jihad. Giving legitimacy to a term like Love Jihad, which is not only rooted in communal hatred and islamophobia but also justifies the infantilization of adult women as well as reduces their identities to that of a property, is not something one may expect from an eligible official chairing a Commission that is meant to be socially sensitive and respectful of a woman’s choice in marriage.

Another case of victim blaming at the hands of the NCW came in light during the recent Badaun rape case where a woman was gangraped and murdered inside a temple in Badaun, Uttar Pradesh. NCW member Chandramukhi Devi stated that the victim should not have stepped out of her home to visit the temple late in the evening. Yet another instance dripping with hypocrisy of being from a Commission that is meant to be there for the distressed women of the nation.

All these incidents were followed by some action from the Centre in order to convey the Government’s lack of support to such statements. But a more important question that arises is, how does the mechanics of nominating a suitable, well-deserving member occur in the first place? Isn’t there a proper procedure to assess the abilities of a person to be part of such a Commission that requires a certain set of sensibilities?

In light of Chandramukhi Devi’s statement, an opinion piece from the National Herald, penned by Sanjukta Basu, advocated for dissolution of the NCW due to it becoming a “partisan body funded by tax-payers”. There are no clear guidelines to check the appointment of members in the NCW, which has led to the ruling party playing favourites despite inadequate qualifications of the appointed members. There are no provisions to appoint professional gender experts to facilitate the process in a sensitive and progressive manner. The NCW’s commitment to reduce gender inequality seems fallible as a result of their controversial statements which has exposed the inner biases of the members since the last two decades. It is high time for the Centre to lay down some ground rules in order to provide more clarity on the grounds of which appointments and nominations take place.