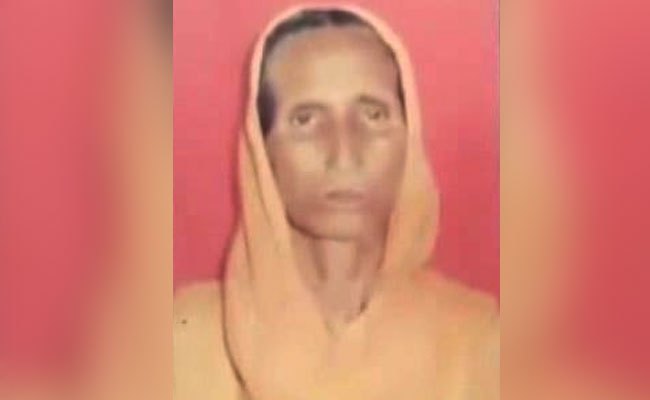 The Yogi Adityanath government says its initial inquiries suggest Shakina died of an illness, not starvation. The family alleges that it had been denied ration under the Public Distribution System for November, because Shakina was too unwell to be even taken to the shop in a rickshaw, as she was every month.

Shakina’s family says they were denied foodgrains at the ration shop without her biometrics.

Shakina Ashfaq, 50, was practically skin and bones when she died at her home in Uttar Pradesh’s Bareilly on Tuesday. Her family says she had not eaten for five days. The state government is investigating whether the family was denied their monthly quota of cheaper food-grain because Shakina, who was paralysed, could not be present at the ration shop for her fingerprint authentication for Aadhaar.

The Yogi Adityanath government says its initial inquiries suggest Shakina died of an illness, not starvation.

The family alleges that it had been denied ration under the Public Distribution System for November, because Shakina – marked as the head of the family in the ration card – was too unwell to be even taken to the shop in a rickshaw, as she was every month.

“My wife died because of hunger. She was very ill. We used to take her there in a rickshaw. This time she was very ill. We begged the Kotedar (ration shop owner), but he said he would not give anything without the biometrics,” said Mohd Ishaq, Shakina’s husband. 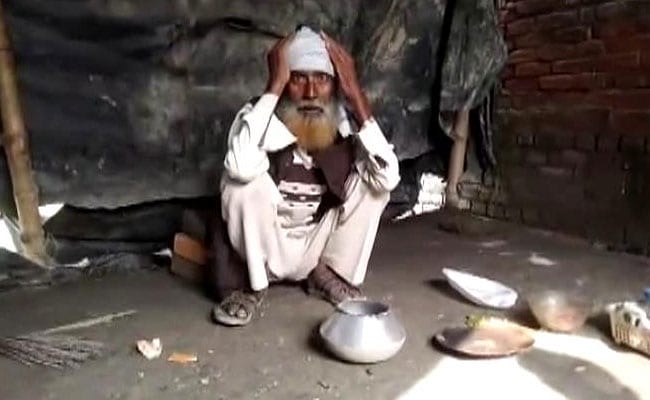 Shakina’s husband Mohd Ishaq says they begged the ration shop owner for grains when she was paralysed.

The ration shop owner insisted that Shakina come for her biometric identification using a fingerprint machine at the ration shop, says the family.

The family is entitled to 35 kg of subsidised wheat, rice and sugar each month under the central government-sponsored Antyodaya scheme for the poorest.

Seema Tripathi, the official in charge of foodgrain supply in Bareilly, said there is no order to deny food if anyone can’t be present to authenticate their biometric data.

“We found out through the newspapers. She had an Antyodaya card. We are trying to find out the exact cause of the death. There is no provision of the government that people will be denied rations because of an Aadhaar card. We have alternative systems in place. If the person in whose name the Antyodaya card is cannot go, then there is a provision for other relatives to be given ration,” Ms Tripathi said.

Sources in the local administration also question the starvation allegation because they say Shakina had about Rs. 4,000 in her bank account. However, they have no answer to the question of why the ration shop insisted on Aadhaar biometrics to provide their share of food.

In September, an 11-year-old girl died crying for “bhaat, bhaat (rice)” at her village in Jharkhand, allegedly because her family had been denied ration for not linking it with an Aadhaar ID. The state government ordered that no one should be denied food benefits for want of Aadhaar-linking.