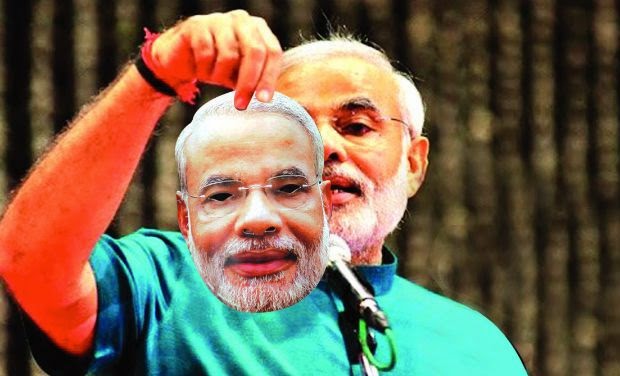 At morning  6 am today ( Wedenesday, 4th June 2014) , nearly one thousand policemen came to  Jantar Mantar and and forcibly removed the Bhagana survivors’ and other tents and warned the protesters to vacate the JM by 12 noon.
At Hisar mini secretariat too, Bhagana’s Dalit families were evicted in the same manner.
At both the places the police took away these refugees’ belongings too. Small children and the victim girls are forced to stay on the open street, where too police is not letting them live.
Jantar Mantar is a place where people have been protesting since years and all survivors of exploitation and repression find a voice here with other survivor and solidarity groups and Delhi public.

We all are gathering at Parliament Street police station at 2pm ( just after a while) to protest this brutal move of Delhi and Hisar police.

We urge all  citizens, progressive groups in Delhi to come at the Parliament Street, at Jantar Mantar and where ever you are, put this information on your face book, twitter and other media platforms. Forward this mail. Write protest letter/ mail to Police Commissioner, Delhi and SSP, Hisar ( please see net for their phone number and mailing addresses), send sms to them condemning and asking them on what  ground they have taken this eviction step.
Friends/Comrades, the atrocities on Dalits are increasing day by day and the democratic space for our struggle is decreasing fast.
Let us get together and act.
Solidarity,
Kiran Shaheen 98180 65092
( On behalf of women’s and other democratic groups in Delhi)
Can some lawyer colleague tell us if Jantar Mantar can be evicted?
NB – The RSS/BJP/ Modi government has shown its teeth soon, and that also to women. Does it wish to announce that it is sympathetic to hooligans and rapists and corrupt policemen? That it will crush all democratic protest, even of rape survivors? Women will be in the forefront of the defence of Indian democracy. All those who care for human freedom and the right to protest should resist this tyranny – DS
Rape survivors battle for justice
The rape and murder of the two teenage girls in Uttar Pradesh’s Badaun district last Wednesday sent shockwaves across the country, and also threw into focus four rape survivors from Bhagana village in Hisar, Haryana, who have been protesting at Jantar Mantar in the national capital since April 16. Bhagana is some 170km from New Delhi.The survivors, aged between 13 and 18 years, belong to the landless Dhanuk sub-caste, and worked for upper caste landowners. Villagers say the khap panchayat had imposed a social boycott against the caste group, forcing about 250 families to leave their homes and flee the village.  The displaced villagers say atrocities against them began over a 280-acre piece of common village land two years ago, which the Jats tried to usurp with the help of local authorities and the khap.According to the rape survivors, on March 23, they went to a field to relieve themselves in the evening, a routine the families follow in the absence of toilets in their homes. Five Jat men drugged them and forced them into a car. The girls were found the next day at Bathinda railway station in Punjab, some 160 km from their village. The youngest survivor, a 13-year-old, says she remembers a strong-smelling handkerchief being thrust on her face. Her next memory of that time is waking at the station with bruises and torn clothes. She says she also recalls the weight of the bodies of the men, on her. The four sit silently with their parents and members of their caste group, hiding their faces with scarves.Father of one of the survivors said he worked with his entire family of four in the farm belonging to the village sarpanch, for a sum of Rs 50,000 a year. On March 23, when the girls did not return till late evening, a frantic search began. Villagers approached the sarpanch, who assured them that the girls would soon be found. The next morning, villagers said, the sarpanch, with two of his relatives, drove them to Batinda in Punjab. “He told us to stay in the car. The three of them went into the station. Half an hour later, they emerged with the girls, who were in shock, hiding their faces. Later, the girls told us that he had threatened them and told them not to reveal anything to anyone. But the girls named all the accused. Next morning we went the police station and filed an FIR. The girls were sent to the hospital for tests, they were made to wait for 8-9 hours,” the father said. In 2012, the khap panchayat had called for a social boycott of 130 Dalit families at Bhagana village, over the land dispute. Following the rape of the girls in March, 90 more families have fled the village. “Rape is a weapon for revenge, suppression and humiliation against the lower caste. The police and administration belong to Jats in Haryana. We are treated like cattle,” said Jagdish Kajla, a member of the Bhagana Kand Sangharsh Samiti, which is spearheading the fight for justice to the four girls.

In last two months, the villagers have made representations to the Haryana CM, Bhupinder Hooda, National Human Rights Commission, the National Commission for Women and the SC/ST Commission, but have got no reprieve. Five people have been arrested so far in this case.  Protestors demand that an FIR be lodged against the sarpanch and his relatives, and compensation be granted to the victims and their families, to enable the rehabilitation of Dalit families. Virender Singh Baghodia of the Bhagana Kand Sangharsh Samiti said, “The Jat sarpanch knew about the gang rape, but the police is scared to touch Jats. For us, the government and the khap are just the same.”

‘Kuch dalal aaye the… later, I found that mantriji bought the land ’
Jharkhand - Botched Sterlization surgeries , two doctors under scanner
PIL challenges ban on women in Haji Ali Dargah's inner sanctum #Womenrights
Being a doctor was once a job with great purpose. Now it's just a business #healthcare