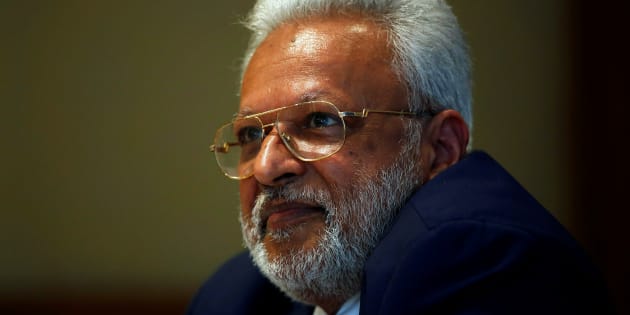 WASHINGTON — The U.S. based Republican Hindu Coalition has announced its support for President Donald Trump‘s executive order on immigration and refugees.

“We applaud the Trump administration for taking this decisive move to protect our citizens from Islamic terror,” said coalition chairman Shalabh Kumar in a statement.

“A firm stance against terror is one of the pillars of our organization and one of the central tenets of the Trump campaign, and we fully support our Commander-in-Chief taking the necessary steps to protect our country.”

The order that was signed by the U.S. President on Friday, indefinitely barred Syrian refugees from entering the country, suspended all refugee admissions for 120 days and blocked citizens of seven Muslim-majority countries, refugees or otherwise, from entering the United States for 90 days: Iran, Iraq, Somalia, Sudan, Syria, and Yemen.

In further clarification of the order, citizens of these seven countries who hold Green cards were excluded from this Order except that there would be additional scrutiny on these people, as per current law.

The Republican Hindu Coalition also voted to approve the inclusion of Afghanistan, Pakistan, and Saudi Arabia in the countries named in the executive order.

It also voiced for indefinite suspension of all refugees from entering the United States.

“While Americans do not discriminate, and this is a country that encourages legal immigration and celebrates the contributions that immigrants have made to our culture, it is about time we get serious about combating the dangers of terrorism on our shores,” said Kumar.

The ugly truths of men are not said out loud: that is the pact of patriarchy #MeToo
Response of Lawyers Collective on the Suspension of Registration under the FCRA
PRESS RELEASE- Repression of people affected by Kharak Dam in Madhya Pradesh
1 in 3 Aadhaar-based Payments for PM Matru Vandana Yojana Credited to Wrong, Untraceable Bank Accoun...