REUTERS
The number of girls under 18 at risk for female genital mutilation in the US has quadrupled since 1997. 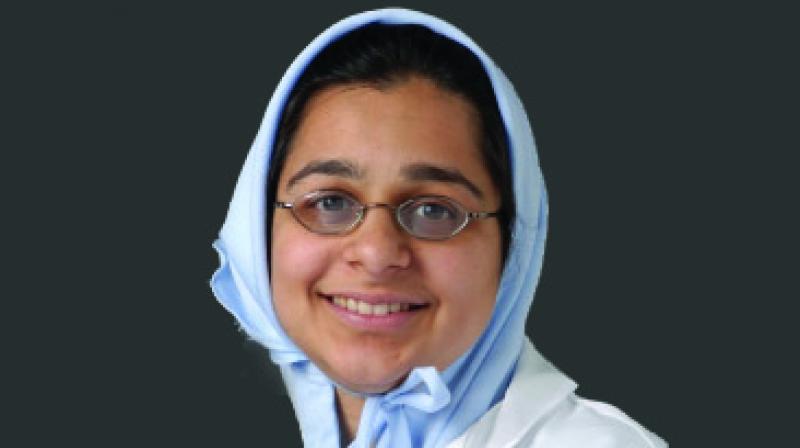 Jumana Nagarwala has been charged with performing FGM on minor girls (Photo: henryford.com)

New York: A 44-year-old Indian-origin woman doctor has been arrested and charged with performing genital mutilation on girls aged 6 to 8, believed to be the first such in the US.

Jumana Nagarwala has been charged with performing FGM on minor girls out of a medical office in Livonia, Michigan.

According to Nagarwala’s profile in the Henry Ford Health System website, she speaks English and Gujarati.

According to the complaint, some of the minor victims allegedly traveled inter-state to have Nagarwala perform the procedure.

The complaint alleges that Nagarwala performed FGM on girls who were approximately 6 to 8 years old. This is believed to be the first case brought under a US law, which criminalises FGM.

Nagarwala, who is an emergency room physician, was arrested and was scheduled to appear in federal court in Detroit.

The number of girls under 18 at risk for FGM in the US has quadrupled since 1997. The Centers for Disease Control and Prevention estimates 513,000 women and girls are at risk of FGM in the US.

Congress passed a law in 1996 making it illegal to perform genital mutilation or cutting in the US on anyone under than 18. FGM is punishable by up to five years in prison, however, it is not a crime in 26 US states, including Michigan.

“Despite her oath to care for her patients, Nagarwala is alleged to have performed horrifying acts of brutality on the most vulnerable victims,” Acting Assistant Attorney General Kenneth Blanco of the Justice Department’s Criminal Division said in a statement yesterday.

Blanco added that the Department of Justice is committed to stopping female genital mutilation in the US and will use the full power of the law to ensure that “no girls suffer such physical and emotional abuse”.

Acting US Attorney Daniel Lemisch of the Eastern District of Michigan said female genital mutilation constitutes a particularly brutal form of violence against women and girls.

“It is also a serious federal felony in the United States. The practice has no place in modern society and those who perform FGM on minors will be held accountable under federal law,” Lemisch said.

The girls were later interviewed by a forensic expert and one of the girls said she was told she was coming to Detroit for a “special” girls trip, but after arriving at the hotel, she learned that she and the other girl had to go to the doctor because “our tummies hurt”.

The girls had been taken to Nagarwala, who performed the procedure on the girls.

The World Health Organisation said female genital mutilation comprises all procedures that involve partial or total removal of the external female genitalia, or other injury to the female genital organs for non-medical reasons.

More than 200 million girls and women alive today have been cut in 30 countries in Africa, the Middle East and Asia where FGM is concentrated.

WHO said FGM, which is mostly carried out on young girls between infancy and age 15, is a violation of the human rights of girls and women.