Uttarakhand, a Govt-funded Centre to Keep Women in Hiding During Their Menstrual Cycle #WTFnews 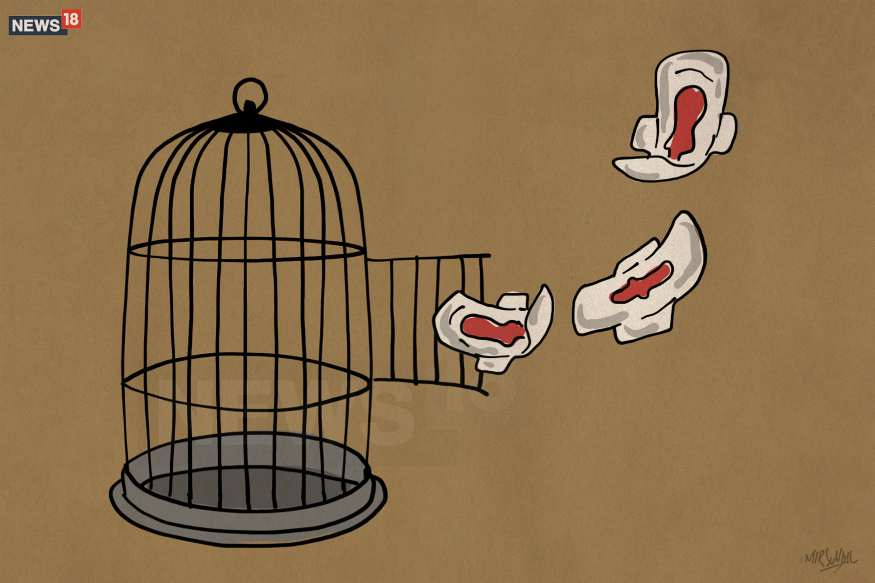 The matter came to light when villagers complained to the district magistrate about irregularities in the construction of the ‘menstruating centre’.

Term Insurance Of 50 Lakh Cover For As Low As Rs 386 Per MonthEnter Phone Number & Age To Check Eligibility For Rs.1 Crore TermDehradun: In a move that puts a big question mark on the treatment of women in Uttarakhand, a government-funded building has been constructed in a village in Champawat district with the sole intention of keeping women away from their homes during their menstrual cycle.

The matter came to light when a couple of villagers complained to the district magistrate about irregularities in the construction of the ‘menstruating centre’.

“I was shocked to know about ‘menstruating centre’ in the remote Ghurchum village. The complainants failed to justify why women were to be kept in the centre and whether they will be given sanitary pads,” district magistrate Ranbir Chauhan told News18 over phone on Tuesday.

An official said the government funds were meant for the development of the village and a probe has been ordered to find out how they got ‘misused’ for the building construction.

“The centre was constructed from the funds meant for development of Panchayat. It is bizarre that the centre is being used to keep menstruating women, it is against the basic concept of fundamental rights,” Chauhan said.

He added that a team of the officials will find out whether more such centres exist in the district. Sources say the officials will also crosscheck if the funds allocated by the 14th finance commission were misused in the construction of the centre in question.

The concept of ‘menstruating centre’ is similar to that of ‘period huts’ in the neighbouring Nepal. Recently, a village in Nepal hit headlines after a menstruating woman and her two children died after getting suffocated in a menstrual hut.

Champawat district is nestled along the Indo-Nepal border.

In December last year, News18 had reported how teenagers in Sail village of Pithoragath district were not allowed to attend school during their period as a temple falls en route. Pithoragarh is another remote district of Uttarakhand along the Indo-Nepal-China border.