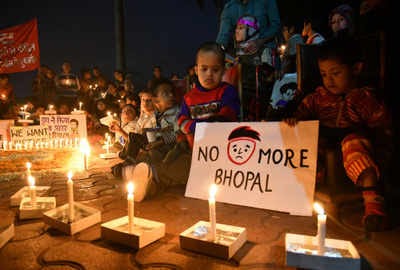 Bhopal gas tragedy victims are being vaccinated as part of the Covaxin trials, without their informed consent, alleged activist Rachna Dhingra, who works closely with survivors of the 1984 disaster.

Further alleging negligence by the concerned hospital, she stated that no proper recording of adverse effects, that may develop post-vaccination, is taking place for those part of the trial.

She claimed that People’s College of Medical Sciences and Research Centre, Bhopal had been sending their team and vehicles to areas around the Union Carbide factory—including Gareeb Nagar, Shankar Nagar and Oriya Basti—where communities affected by the toxic gas and still-contaminated water reside. Announcements were made, asking people to come forward and be injected to prevent coronavirus and be paid Rs. 750 in return, Dhingra alleged.

“Some got it because they thought it was for free and later they might have to pay for it. Paying 750 was a big incentive for people,” she said, explaining that most residing in the area belong to economically weaker sections of society, with many being illiterate as well. Around 600-700 people from these communities were vaccinated, she claimed.

“No one knew this was a trial. No informed consent form was given to them which is a basic document and not giving that is a violation,” Dhingra told The Citizen.

Covaxin, an indigenous vaccine being produced by Bharat Biotech, in collaboration with the Indian Council of Medical Research (ICMR), is currently in Phase-3 trials at People’s University, Bhopal. The hospital has denied the allegations, stating that all participants were volunteers who consented to the trial.

“The law is very strict that informed consent, when it comes to vulnerable people and people with reduced autonomy—which Bhopal gas victims are—you have to be extremely cautious. And informed consent does not mean just a signature on the paper. It means that they should be understanding the risks and benefits, the exclusion and inclusion criteria and what they can do if they suffer problems and what are their rights,” Dhingra said.

She further clarified that the hospital gave participants an “information sheet and four pages”, asking them to report any health problems they may experience. “All of these forms were blank and lot of the participants don’t know how to read or write,” she explained.

Dhingra claimed that these vaccinations began on December 1. “After we raised this issue, January 4 is the first time people started getting it (consent forms). But not everyone at that,” she stated, adding that other institutions in Bhopal that were approved to hold Covaxin trials have been unable to obtain volunteers.

“We have also seen that people who have experienced problems after getting vaccinated, when they went back to the hospital, telling the Principal Investigator that I am feeling this, they were turned away. They were asked to buy medicines from outside,” she told The Citizen.

With most people from the area being daily-wage earners, those experiencing health problems were unable to afford or procure expensive medication, she explained, further reiterating that it is the responsibility of the hospital to follow up with all trial volunteers post-vaccination, as stipulated by law.

Recounting the case of a woman who returned for the second dose of the vaccine, the activist claimed that after authorities told her she could not receive it as she had high blood pressure, her paperwork was taken away. “They took all the paperwork away from her which told her that she was a trial participant. And when she said you can’t do that, they said what are you going to do with those papers. Which is illegal,” Dhingra alleged.

“Regardless of a dropout —whether you think they are not sick or they drop out on their own—you still have to follow them. You still have to monitor them,” she said, claiming that the woman’s blood pressure was extremely high, for which she was given one dose of medication and told to go and “look after herself on her own”.

“So obviously when they are not treating, when they are not monitoring, that means that they are also not recording adverse events,” she said, further claiming that some others who reported adverse effects after taking the vaccination were asked to pay for their treatment at the hospital—“a violation because trial participants are entitled to free treatment”.

“All of these adverse events need to be recorded. If they are not recorded then all of this has a direct impact on the efficacy of the vaccine,” Dhingra stated. She further claimed that the hospital began calling some of the people for treatment after the issue was first raised on Twitter.

A recent NDTV report quoted residents of Bhopal who claimed they were not informed about the trial or risks associated with vaccination and were not given copies of consent forms.

“The doctors said, ‘If there is issue with your blood this will take care of it.’ I asked if everything will be all right afterwards and they said yes. I went for a check-up on December 14 but… am a poor man… can’t pay ₹ 450 for tests. I bought medicines with my own money… feel very bad about getting myself vaccinated as my children have no food,” NDTV quoted Jitendra Narwaria, a 37-year-old daily wager who is the sole earning member of his family of five. Narwaria was reportedly vaccinated on December 10 and fell ill soon after.

Dhingra told The Citizen that Narwaria was finally admitted to the hospital a day ago, once news emerged regarding the controversy. “He’s still sick and he’s still not being treated properly there,” she alleged.

People’s University tweeted a rebuttal to Dhingra’s allegations stating that all participants consented to the trial and the hospital strictly abided by exclusion and inclusion criteria as approved by the Government of India. Only Covid negative people were registered for the trial, and Rs. 750 was disbursed to volunteers via cheque, not cash, it claimed.

Vice-chancellor of People’s University, Rajesh Kapoor was quoted by Times of India: “The allegations are misleading. We have taken consent from every volunteer who came to participate in the trials. The due processes are defined — volunteers are counselled and then informed consent is taken. This consent is a confidential document, as per norms.”

Kapoor further told TOI that free treatment would be provided for any ailment a volunteer suffers and that no severe side effects had been reported so far.

According to Dhingra, Bhopal gas tragedy survivor organisations are planning to write to the Drugs Controller General of India (DCGI) and the Home Minister, asking that the study be shut down and data from this trial site not be used in the final analysis. “We are also seeking punishment for those who are responsible for violations and compensation & medical care for those who have suffered as a result of the vaccine.”