Vedanta Resources loses half of wealth in 6 months

You cannot cheat every body all the time Anil Agrawal 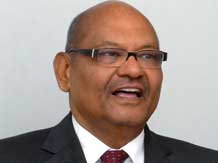 Chairman of Vedanta group, Anil Agarwal has not started the New Year on an auspicious note. The sagging crude oil prices and commodity prices has resulted in the market value of London listed Vedanta Resources falling by more than half and in turn pulling down the wealth of the promoters.

In the last six months, Vedanta Resources has lost market capitalization by Rs 17,328 crore ($3 billion) or 57% with its promoter – who own 70% stake in the company – losing close to Rs 12,000 crore of wealth. Barring Hindustan Zinc, the market capitalization of Sesa Sterlite and Cairn India also fell substantially by Rs 25,882 crore and Rs 20,310 crore respectively (see chart) in the same period.

On Monday, the company’s loans have been placed on credit watch with negative implications by Standard & Poor’s Ratings Services on Monday as the rating firm expects weaker cash flows for the next two years.

“We placed the ratings on credit watch because Vedanta’s cash flows are likely to be weaker in fiscals 2016 and 2017 than we previously expected because of falling oil prices,” said Standard & Poor’s credit analyst, Mehul Sukkawala. A downgrade will impact the company’s fund raising plans at a time when it requires funds to bid for coal auction, say analysts.

Vedanta, which owns 60% in its India holding company Sesa Sterlite, derives its wealth from the performance of its local companies and analysts expect the December quarter to be muted for the group companies.

“We expect results of Cairn India will be muted due to lower volumes and lower crude prices. Update on the production ramp up plan and clarity on production sharing contract extension are the key with the falling crude price is a major overhang,” said a HDFC Securities analyst. Cairn contributes 40% to Vedanta’s EBITDA (earnings before interest, tax, depreciation and amortization).

IL&FS Institutional Eequities estimates Cairn India’s net sales to fall by 13.5% on a quarter on quarter basis due to lower crude prices, partially offset by higher crude production and depreciation of Indian currency.

On a positive note, S&P says the weaker performance of Vedanta’s oil business is likely to offset the benefits from an improvement in the company’s aluminum business, higher zinc volumes and prices, and the company’s better conversion margins in its copper business. Others agree.

“We expect sequential improvement in metal volumes with aluminum names like Sesa Sterlite will benefit from a ramp-up of new capacities and Hindustan Zinc will benefit from recovery in mined metal production from higher waste mining in previous quarters. Despite higher EBITDA from aluminum and zinc, Sesa Sterlite’s EBITDA will decline sequentially due to Cairn India,” say analyst at Kotak Institutional Equities.