Filmmaker and actor Lekh Tandon passed away on Sunday evening at his house in Powai, Mumbai. The funeral will be held on October 16. Veteran filmmaker and actor famous for films like Dulhan Wahi Jo Piya Man Bhaye, Amrapali, Professor, Jhuk Gaya Aasman, Agar Tum Na Hote etc. Lekh Tandon passed away at the age of 88 at his Powai home. The cause of death is still not known.

Born on February 13, 1929, Lekh Tandon’s father, Faqeer Chand Tandon was a friend of Prithviraj Kapoor since childhood. It was because his father’s friendship with the legendary artist that Lekh was lured into films. In fact, Lekh’s brother Yograj was an AD and secretary to Prithviraj Kapoor.

Starting his journey in films as an assistant director, Lekh went on to become one of the most successful filmmakers. His film Amrapali was India’s official entry to Oscars and he has also won Filmfare best screenplay award for his film, Dulhan Wahi Jo Piya Man Bhaye. He later directed TV shows and is instrumental in introducing the world to Shah Rukh Khan. It was Lekh Tandon who gave him his first break in TV serial, Dil Dariya.

He, later, ventured into acting as well and acted in films like Swades, Paheli, Rang De Basanti with Chennai Express being his last film as an actor. Later in an interview to Rediff, he credited Shah Rukh Khan for forcing him to be an actor. In fact in the same interview he went on to reveal that even though they had their differences but “Shah Rukh has helped all those people who have helped him at the beginning of his career.” He recalled that for a small role in Chennai Express, Shah Rukh gave him a hefty amount of Rs 11 lakhs.

Veteran actor and filmmaker Lekh Tandon died at his Powai residence on Sunday.

Veteran filmmaker and actor Lekh Tandon passed away on Sunday evening at his house in Powai, Mumbai. The funeral will be held on October 16. Filmmaker Ashok Pandit also confirmed his death. More details on the cause of Tandon’s death are still awaited. 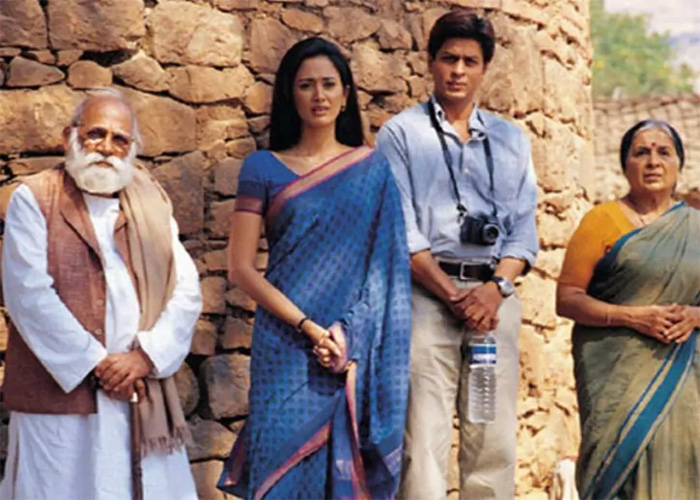 Talking about Tandon, veteran actor Prem Chopra said, “I am shocked to hear about his (Lekh Tandon) death. I worked with him on Jhuk Gaya Aasman. I have learnt a lot from him. He was a great person to work with. He was modest and never spoke much, but the stature of his work is big.