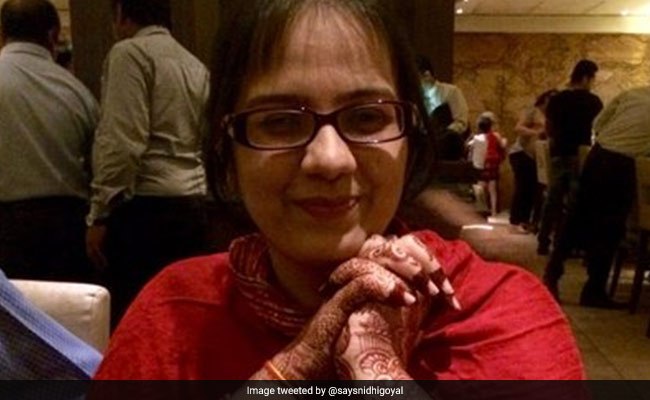 Another airport shocker: Lufthansa locked me up for 4 hours in Munich, says visually-impaired flier

Nidhi Goyal, the activist, is demanding a formal apology, compensation for the trauma faced and also a formal action plan for course correction.

Disability and gender right activist, Nidhi Goyal had a harrowing time in Munich airport last Thursday. Nidhi, who is also a stand-up comedian was not allowed to leave the disability lounge for over four hours, and wasn’t even offered food and drinks despite repeatedly pleading for it.

Nidhi who was travelling from Mexico City to Mumbai had a stopover at Munich airport. She was flying by Lufthansa Airlines. Nidhi who is visually challenged had a six and half hour long stopover in the German city. When she was escorted to the disability lounge, Nidhi was assured of help in procuring food after some time. However, in reality Nidhi claims that she was rudely rebuffed by the lady attendant of the lounge. Not only did she refuse to assist Nidhi to grab food from the cafe nearby, the comedian was even not allowed to get out of the lounge.

After Nidhi raised a hue and cry, a senior member of the Lufthansa staff came and said that she didn’t book any additional services, hence wouldn’t be getting them. However, according to Nidhi, her ticket clearly mentioned that she needed assistance. Nidhi despite having valid visa was allegedly denied the right of leaving the airport to meet a friend who had come to visit. She wasn’t even given her boarding pass. Being hypoglycaemic, she needed food urgently but was refused.

The harrowing experience of being confided in the lounge room without food continued till it was the time for boarding her connecting flight. It was nearly four-and-half hours of struggling without food and drinks for the Mumbai-based comedian.

According to Nidhi, who is a frequent flier and has travelled round the world for her pursuits, she has ‘never been humiliated’ like this. Despite raising the issue on Twitter, so far Lufthansa hasn’t reacted proactively and have just asked to file a detailed form to look into the matter. Nidhi who is a disability rights activist believes the issue is not about her, but it is about people with special needs who are often left to fend for themselves due to lack of empathy from organisations. Nidhi said that she has been much better treated in India and abroad, and this truly came as a rude shock to her. The activist is demanding a formal apology, compensation for the trauma faced and also a formal action plan for course correction.

When DNA reached out to Lufthansa Airlines, the company said, “We are sorry to hear about Ms Goyal’s encounter in Munich. At this point we are investigating into the incident to ensure comprehensive understanding relating to all parties involved. We appreciate your understanding for the time being.”

In India too, we have heard stories about apathy towards people with special needs, the most famous being the case of activist Jeeja Ghosh,who was offloaded from a Spice Jet plane. The airlines was finally asked by SC to pay Rs 10 lakh compensation.