Vulnerable to Covid-19, sharp rise in murder of Indian journalists during pandemic 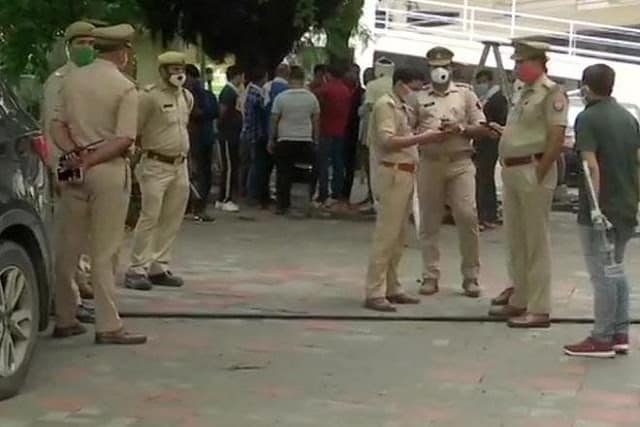 Vulnerability of working journalists in India is no way an alien issue as the populous country loses a number of working journalists to assailants as also medical emergencies. Even though there was only one casualty in the Indian media fraternity during the first half of 2020, who was targeted for journalistic work, India has begun witnessing an alarming number of media casualties during the Covid-19 pandemic.

Two recent incidents of journo-murder in central India reflect the vulnerability for a scribe in the largest democracy of the globe. A young journalist of Madhya Pradesh (Sunil Tiwari) was beaten, stabbed and shot to death at Niwari locality on July 22. Tiwari (35), who worked for a Gwalior-based Hindi newspaper, was attacked by a group of criminals as he was returning home in the evening hours. He succumbed to serious injuries on the way to a nearby hospital.

Sunil’s family claimed that he was targeted for reporting over illogical activities by some locally influential persons. Few weeks back, he even expressed apprehensions in his Facebook account and intimated the police about his fear, but they showed little seriousness over his complaint citing that it was his personal disputes with those individuals.

Earlier, another journalist was attacked by a group of goons in Ghaziabad near Delhi. Vikram Joshi (50) was manhandled and shot at by the goons on July 20, as he was returning home on a two-wheeler with his two daughters (aged 5 and 11). Critically injured, Joshi was taken to a nearby hospital where he succumbed to injuries two days later.

Joshi, who worked for a local newspaper titled “Jan Sagar Today”, was seemingly attacked as he dared to oppose a section of criminals lodging a police complaint against them, some of whom harassed his niece few days back. But the police did not proceed for any action. The goons only took advantage of it. Lately the police arrested nine individuals suspecting their role in the murder. The local post in-charge was also suspended.

Weeks back, a young scribe named Shubham Mani Tripathi (25) was murdered in Unnao, Uttar Pradesh. The active and energetic correspondent of Kanpur-based Hindi daily KampuMail had fallen prey to bullets of two shooters as he was returning home on a two-wheeler. Seriously injured Tripathi was brought to a Kanpur hospital, but he succumbed to serious injuries on his head, chest and back on June 19.

A resident of Brahmnagar in Unnao district, Tripathi was a born patriot and used to report on illegal sand mining practices in his locality. Recently married to Rashi Dixit, Tripathi even received threats from unknown individuals, suspected to be illegal miners, for his news-contents. But the courageous scribe did not bother and continued his journalistic activities. UP police arrested three individuals suspecting their involvement with the murder.
Earlier, a digital channel reporter named Ganta Naveen (27) was murdered on June 29 at Nandigama locality of Andhra Pradesh. The reporter developed enmity with some influential persons in his locality and they organized the crime to eliminate Naveen. The police arrested eight accused in connection with his murder.
Orissa based scribe named Aditya Kumar Ransingh (40) was killed on February 16 along with a Congress leader in Banki locality under Cuttack district. Engaged with a news portal, Ransingh was hacked to death by two criminals, who were later arrested by the police. It was reported that the scribe maintained bitter relationships with both the accused individuals.

India as a whole witnessed nine incidents of journo-killing in 2019, but only one incident factually emerged as a case of targeted murder. The victim (Andhra journalist K Satyanarayana (45), who worked for Telugu daily newspaper “Andhra Jyothy”, faced the fate because of his journalistic exercises. He was hacked to death on October 15. Local scribes informed Satyanarayana was targeted in earlier occasions too.

Guwahati-based scribe Naresh Mitra died after sustaining head injuries in a mysterious accident inside the city.

Bihar’s scribe Pradeep Mandal was targeted by miscreants, but he survived luckily. Mandal contributed a number of news items against the local liquor mafia for “Dainik Jagaran” and invited enmities from the goons.

The novel coronavirus outbreak, too, has taken a big toll as over ten media persons died of Covid-19 complications in the last four months. The country witnesses hundreds of journalists infected with the virus in different States as they continue playing the role of Covid-warriors along with the doctors, nurses, sanitation workers and police personnel.

Lately a senior television reporter from Tirupati in Andhra Pradesh succumbed to Covid-19 complications on July 17. Madhusudan Reddy, who was based in Kadapa, was hospitalized as he suffered from fever and breathlessness.

Earlier, video journalist M Parthasarathy from the same State died of the virus infection on 12 July while undergoing medical interventions.

Presently, over a hundred Guwahati-based media employees, working for newspapers, news channels and news portals as corona warriors have turned positive for the virus infection. But shockingly the worrisome development has not been properly reported by most of the local media outlets even though their employees got infected.

The pandemic has also crashed of hundreds of mainstream media outlets across the country as many surviving newspapers have closed down their editions, reduced pages, cut salaries and laid off employees including journalists citing the reason of shrinking advertisement revenues. And as usual only a few dared to raise voices against the managements for their arbitrary decisions which ultimately turned a humiliating experience for the media fraternity.
—

*The author is a northeast India based journalist