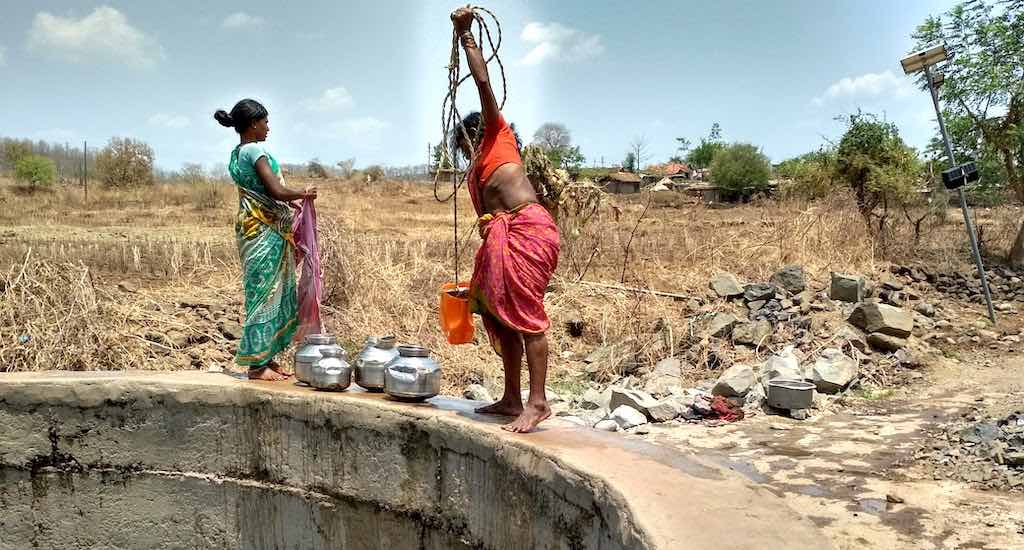 Every year, March 22 is celebrated as World Water Day and the theme for 2020 is ‘Water and Climate Change.’

Water conservation and efficient usage is the need of the hour—as more than 2 billion people live in countries with high water stress. In addition to numerous natural and human pressures, this precious resource is facing another catastrophic impact: climate change.

“From the climate perspective, we look at water in a very different way. It’s not only in terms of drinking or irrigation, water is also related to flooding, change in rainfall pattern, and it involves not just the surface water like ocean, river or lakes, but also the groundwater. The most important thing is to have an integrated perspective of the different kinds of problems with respect to water,” says Dr. D Parthasarathy, Head, IDP in Climate Studies, Indian Institute of Technology, Bombay.

As the continued excessive emission of greenhouse gases exacerbate climate change, extreme weather patterns—great floods, intense droughts, strong storms and powerful cyclones—are becoming much more frequent. With these impacts already visible, no one can deny the fact that climate change and water are inextricably linked.

But, how deep is this link between water and climate?

The backbone of the Earth’s water cycle is temperature! As the global average temperature increases relentlessly, it has a substantial impact on atmospheric water vapour, clouds, precipitation patterns, runoff and streamflow patterns. The Earth’s rising fever can put unbearable stress on the water sector and can increase the likelihood of both heavy rains and droughts, especially in tropical countries like India.

According to a World Bank report, around 60 crore people in India are facing a great risk from extreme climate events. Some in India, including large states like Maharashtra, Tamil Nadu and Karnataka, are under the grip of acute drought conditions, while in the same states, few places are susceptible to excessive flood.

“If you look at Chennai, one year there is excessive rainfall (recall 2015 floods) and another there is drought. Then you have severe heatwaves and water shortage, in the same place where flooding took place, therefore these are all interrelated phenomena of climate change,” Dr. Parthasarathy says.

While multiple factors like topography and governance play a role, accelerating climate change has been among the greatest threats to water security in India. The data from the State of India’s Environment by the Centre of Environment and Science show that the continuity and intensity of extreme weather events in India between 2018-19 have been unprecedented.

According to the India Meteorological Department (IMD), the monsoon season in 2019 started at a slow pace due to the weak El Nino, which again has a strong link to climate change. During the monsoon season—from June to September—the southwestern winds pick up moisture from the Indian Ocean and drop it in the form of rains across Indian mainland.

But, last year, the unusually hot summer extended deep into June as the monsoon set in very late across most parts of India. However, by late July, the incessant heavy rains started causing intense flooding in several states simultaneously. As per IMD, last year, India recorded the heaviest rainfall since 1994.

The major flooding episodes of 2019 were recorded in Bihar, Odisha, Kerala, Maharashtra and Karnataka. According to reports, about 2,100 people died, and 25 lakh were affected in the monsoon flooding across India in 2019.

The delay was also attributed to the prior extreme heat events, which reduced the moisture-holding capacity of the clouds. Experts say that warming temperature is changing the course of the monsoon season in India, with an increase in short, intense downpour episodes, followed by unusually long dry spells.

Though the summer monsoon always varies in India and often causes floods, mainly in the region of Himalayan rivers, the frequency is observed to have been on the rise in recent years. However, climate experts suggest that the combination of global warming, urbanisation, and environmental degradation can increase the flood risk further in India in the upcoming years.

“The current research on climate change is showing that the quantity of rainfall during the monsoon is declining across India. But on the other hand, the events of high-intensity rainfall are increasing. This means we need to be better prepared in terms of hydrological management; we need a better prediction of these high-intensity rainfall events, and this information has to be converted to strategies of flood management in cities and rural areas,” said Dr. D Parthasarathy.

Other side of the coin: droughts

The intensity of climate change is manifested not just through increased heat and rainfall, but also through severe drought across many parts of India. The debilitating heat wave accompanied by late monsoon led to the drought-like situation in India during last summer. The south-west monsoon brings about 80% rains in the country, and plays an important role in reviving the groundwater in rivers, lakes, to water the crops and provides respite from the soaring summer temperatures.

With the delay in the onset of monsoon, many parts remained parched in 2019.

“If you have higher temperatures, you will have more evapo-transpiration. It basically refers to evaporation and transpiration—higher the temperature, more energy is coming onto the Earth’s surface. This means we lose more freshwater resources, leading to droughts,” said Dr. Arpita Mondal, Assistant Professor at IIT Bombay.

In 2019, India witnessed the second driest pre-monsoon season in the last 65 years. According to the Drought Early Warning System (DEWS) 44 percent of India’s areas were under drought-like conditions. Within this, ‘severe to exceptionally dry conditions’ prevailed in 17.33 percent area, said the report.

Last year, Chennai ran out of the water in the monsoon months of 2019, where temperature soared to 40 degrees celsius. It is the sixth-largest city of India and home to about five million people. The city mostly depends on monsoon rainfall to recharge the water levels, but when finally the rains eventually arrived, it’s intensity was not up to the mark. Last year, the season ended with a 17% rainfall deficit over the long term average. Previously, the city faced acute droughts in 2016, 2017 and 2018 due to failed monsoon.

According to Niti Ayog, a government organisation, 21 Indian cities—including Delhi, Bengaluru, Chennai, and Hyderabad—are expected to run out of groundwater by 2020, and 40% of India’s population will have no access to drinking water by 2030. Groundwater is the source of 40% of India’s water needs and is depleting at an unsustainable rate.

Just like its diverse culture, India has started to witness diverse climates—hot and dried and wet and flooded, all at once. Scientists around the world have predicted that, being a tropical country, India will be hit with more extreme events due to rising temperature, urbanisation and population growth.

With the growing intensity of climate change, more and more Indian states are growing vulnerable water-related risks—both the excess and deficit of water. The challenges of climate change and its impacts on water resources must be addressed simultaneously and immediately at both the local and national level. We must act now to mitigate the risk of global warming and water-based disasters.