We participated in Kathua rally on BJP’s instructions: Ex-J&K minister says he is being made a scapegoat 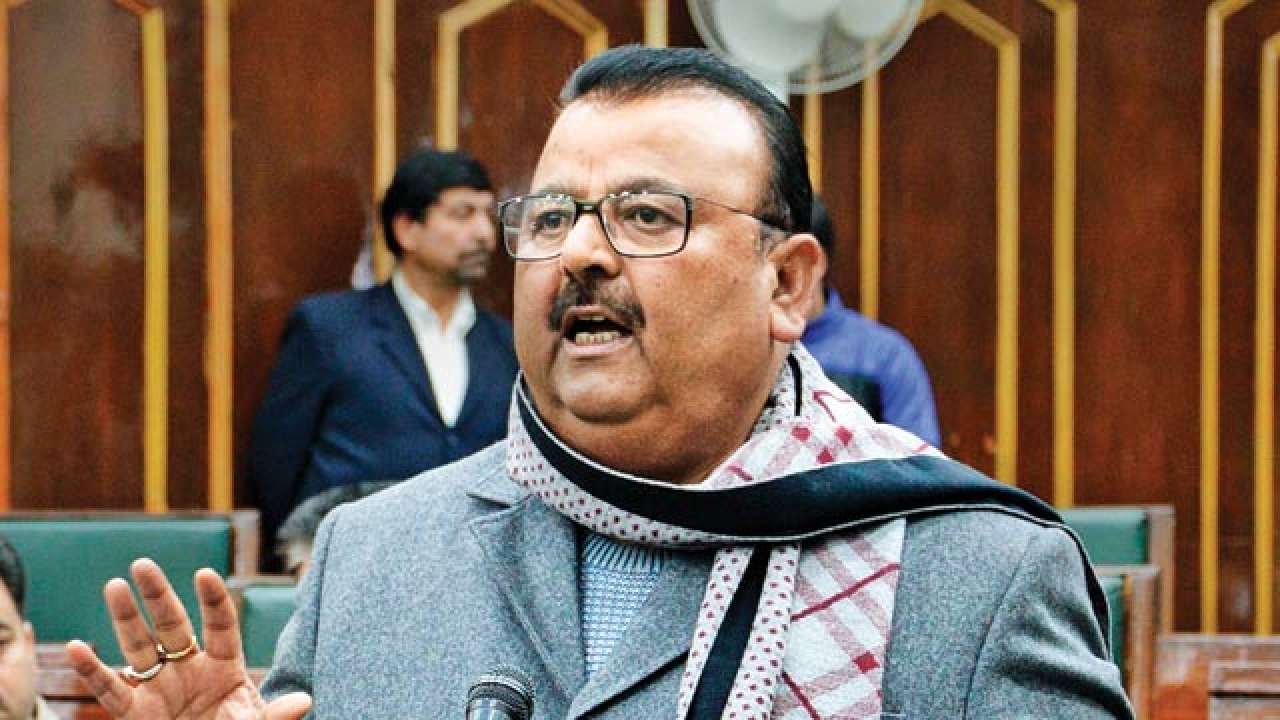 On Saturday, Chander Parkash Ganga, one of the J&K ex-ministers accused of attending a rally of the Hindu Ekta Manch, claimed that he had attended the event on BJP’s instructions.

He claimed he was being made a scapegoat by the party and told Times Now he went there on J&K BJP president Sat Sharma’s orders.

He was quoted saying by Times Now: “We were sent (to Kathua) by the party. Our party president Sat Sharma sent us. We went there on the party’s instruction.” He added: “When we heard the people, they told us since investigation changed hands thrice, they didn’t trust and they demanded CBI probe. I felt that if my sacrifice is required to protect party’s image I would be glad to do it.”

On Friday, a much-relieved Chief Minister Mehbooba Mufti thanked Prime Minister Narendra Modi for defusing the situation and said the unfortunate incident had brought the people of the state and the rest of the country “together”.

She said a sense of justice had been reinforced in the state and urged “New Delhi to wake up to the Kashmir cauldron”.

Both the alliance partners — the BJP and the PDP — had separate legislature party meetings in Srinagar and Jammu to discuss the situation arising out of the polarisation in the state over the rape-cum-murder of the girl after some leaders of the lesser-known Hindu Ekta Manch were arrested in connection with the case.

BJP national general secretary Ram Madhav, who flew in to Jammu this morning, had a meeting with party leaders as well as legislators after which a decision to hand over the resignations of ministers Lal Singh and Chander Prakash Ganga to the chief minister was taken.

Both Ganga and Singh had participated in the rally on March 1 after the Crime Branch of Jammu and Kashmir Police had arrested the nephew of a caretaker of a ‘devisathan’ (temple) in connection with the kidnapping and rape of the little girl.

Later, during investigation, the police arrested the caretaker and alleged that he was the mastermind of kidnapping, rape and killing of the girl from a nomadic tribe with an ulterior motive of terrifying the community and drive them out of the village.

The BJP sent the resignations to the chief minister who in turn will pass it on to Governor N N Vohra for acceptance, PDP leaders said.

Madhav, who has been the BJP’s pointsman on scripting the agenda with the PDP, told reporters in Jammu that the resignations of the two ministers would be handed over to Mehbooba Mufti for further action and also admitted that the two ministers had displayed a lack of discretion by taking part in the rally.

However, he made it clear that there was no attempt to sabotage the investigations as charged by the Congress party.

“The charge that the two ministers were pro-rapist is absolutely wrong. It was sheer indiscretion on their part,” he said.

He rejected reports that there was any pressure from his alliance partner PDP for withdrawal of the two ministers. “No pressure, no ultimatum. This is all your figment of imagination,” Madhav said in his reply to a query from a reporter that the PDP had threatened to walk out of the alliance if the two ministers did not resign.

Asked whether a dent has been created in the alliance after the Kathua case, Madhav said, “As far as this case is concerned, we have done our bit by allaying the fears and misconception created in the minds of not only the people of Jammu and Kashmir but also in the entire country by asking our two ministers to resign. Beyond that, I don’t think there will be any impact of this incident or these developments on the coalition.” Mehbooba Mufti, who chaired the party’s meeting in Srinagar, thanked the prime minister and the national media and said the unity in ranks was an emotional reach out to protest against the heinous crimes.

She said the unfortunate incident changed the discourse and brought the people of the state and the rest of the country together.

The chief minister said that she was in constant touch with BJP president Amit Shah and Madhav as well as Home Minister Rajnath Singh. “I want to thank people of Jammu for standing united against the gory crime,” she said.

Madhav maintained that the two BJP leaders had gone to Kathua in March to pacify the public and also to look into the matter of the gruesome crime.

The girl was kidnapped on January 10 and her body was found on January 17. During investigation, the crime branch alleged that the girl was drugged and repeatedly raped before being killed by hitting her head with stones.

To a question that the two ministers had participated in the rally in support of the accused in the rape case where the national tricolour was being waved, Madhav said, “That is why they had to resign. During my visit last month here, I made it clear to everyone that in this matter no one speaks and let us allow the investigations to complete.” “Certain amount of discretion should have been maintained. Certainly, there was a lack of discretion. Sometimes a lack of discretion does not tantamount of any guilt…that has led to certain misconceptions about them (two ministers) also, so they decided they will quit as ministers,” he responded, when asked about the two ministers having termed the action of the Crime Branch as “jungle raj” and warned police from arresting anyone.

He cautioned that there should be no communal politics played over the ghastly crime and everyone should ensure speedy justice and exemplary punishment to the culprits.

Madhav accused the Congress party of playing double standards. “In Jammu, the Congress leaders are casting aspersion over the probe and their senior leaders were creating law and order situation through Bar Council,” he alleged.

He said the Mehbooba Mufti-led coalition government in the state had been told to withdraw the directive concerning Tribal with regard to encroachments in Jammu.