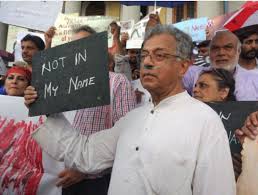 The Special Investigation team probing Gauri lankesh’s murder has stumbled on a larger plot that was being hatched against rationalists in Karnataka.

The SIT believes that the diary found in the possession of suspected mastermind of the murder – Amol Kale from Pune, also had a list of names of other rationalists from Karnataka, who were allegedly the gang’s next targets.

According to highly placed sources in the SIT, Amol Kale’s diary had the names of writers and rationalist thinkers Girish Karnad, Chandrashekhar Patil, KS Bhagvan, Bargur Ramachandrappa and BT Lalita Nayak in it.

“We have good reason to believe that these persons were also being targeted. When KT Naveen Kumar was arrested, it was in connection with the information we received regarding a plot to kill KS Bhagwan. Naveen Kumar’s confession statement says that there was a plan to ‘eliminate anti-Hindu people’,” the source said.

Although Naveen Kumar had allegedly told the SIT that his handler’s name was Praveen, it took the investigators months to uncover Praveen’s true identity.

“We had to intercept calls of over 200 suspected fringe elements to figure out that Praveen’s name is Sujeet Kumar. He has many aliases. Praveen is one of them,” the source said. To the SIT’s dismay, Praveen had gone underground by then. Investigators then reached out to those who knew Praveen and a few informants kept them in the loop regarding his whereabouts.

“He never used first names. He would say Dada, Bhaisab instead of the real names of the gang members. He had code names for the logistical supplies the gang was using for the murder as well. Like aurat for the targeted woman and in this case Gauri Lankesh. Bulb is the CCTV cameras, channa was for bullets and ghoda was the weapon. Even the way he constructed sentences was bizarre and sounded like code language,” the source said.

Finally, in April this year, Praveen resurfaced and the SIT believes it was to execute a plan to kill popular writer KS Bhawan.

“The Upparpet police arrested him with live bullets and upon interrogation, it was revealed that he was involved in the plot to kill KS Bhagwan. Since KT Naveen Kumar had already informed us about Praveen, we had proof to arrest him. It was his arrest which led us to Amol Kale, Amit Degvekar and Manohar Edave, who were also part of the gang,” SIT sources said.

Who is Sujeet Kumar alias Praveen?

A native of Shivamogga’s Shikaripura, Sujeet Kumar alias Praveen had pursued a diploma in polytechnic but dropped out of college. SIT sources say that it was after he attended a few workshops of Hindu Janajgruthi Samiti in Goa’s Ponda area that he began showing interest in their activities.

“He began building up a network of people who were linked to radical groups. But it was only in June 2017 that Praveen first met KT Naveen Kumar at a convention organised by one of these radical pro-Hindutva outfits,” the source said.

According to the source, KT Naveen Kumar was roped in to the plot to kill Gauri Lankesh only in the final stages of planning

“Based on the information we have received, Praveen was impressed with the way Naveen Kumar had organised the kill and had tasked him with formulating a plan to kill KS Bhagwan. We do not know if any of these men was the actual shooter. We are trying to match the physical attributes of the shooter with those of the accused. Also, we have not made public the name of the organisation they belonged to. This is because Praveen, Amol, Amit and Manohar say that they were not affiliated to any outfit but had committed the crime only with the purpose of eliminating who they believed were anti-Hindu people,” the source added.