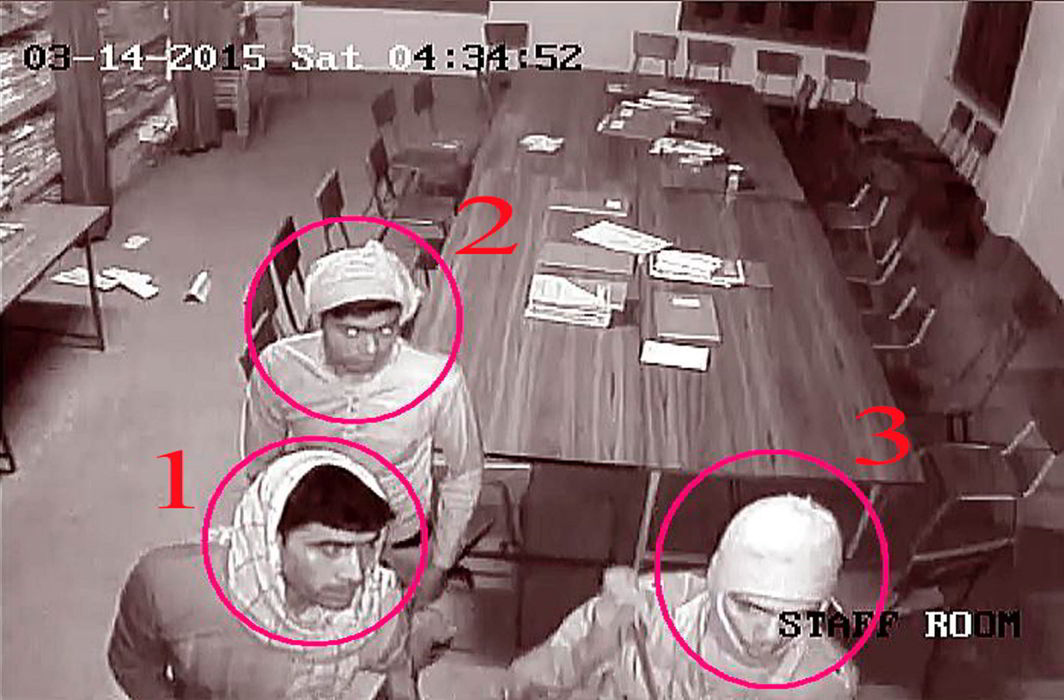 Above: A still image taken from CCTV footage provided by the West Bengal Police. Photo: UNI

The barbaric act of rape on a 72-year-old nun in the Nadia district of West Bengal by suspected Bangladeshi infiltrators met its end on Tuesday (November 7) at a Kolkata sessions court. Sessions Judge Kumkum Sinha found one of the accused guilty of rape, with five others were charged with robbery.

While the trial process had concluded on October 30, the verdict of the quantum of punishment was not announced on the horrific incident at the Convent of Jesus and Mary that happened on March 14, 2015.

Seven people (one is absconding) broke into the convent with the intention of robbery and they not only robbed the convent of cash, but also engaged in this inhuman act of rape on the aged nun. The state CID probed the incident and arrested the five, while the sixth has eluded arrest to date.

The trial was supposed to be carried out at a court in Ranaghat, in the same district, but it was shifted to the Kolkata sessions court in May 2016 by the Calcutta High Court when the nun petitioned the higher court. The nun had said that she feared for life, because she believed that the accused had a base in Ranaghat and could not only influence the investigation, but also made her feel unsafe. The nun had also moved to Delhi after the incident.

The state government had taken a serious stance on this incident and had transferred the case to the CID.

The charges leveled have been gang-rape, dacoity, attempt to cause death or grievous hurt, voluntarily causing hurt by dangerous weapons or means and criminal conspiracy.