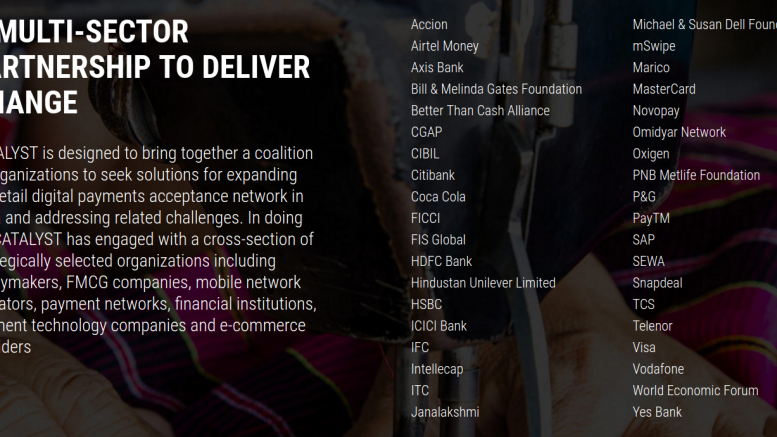 POSTED BY: VIDYUT Finance Minister, Arun Jaitley, said something interesting when he addressed the Digi-Dhan mela today. He said that Bill Gates told him that more than 100 Cr have mobile phones, 109 Cr have Aadhar cards, digital economy will boom in India.

I can assure with such initiatives we will have a better nation,a better and cleaner economy in future: FM Arun Jaitley at Digi-Dhan Mela 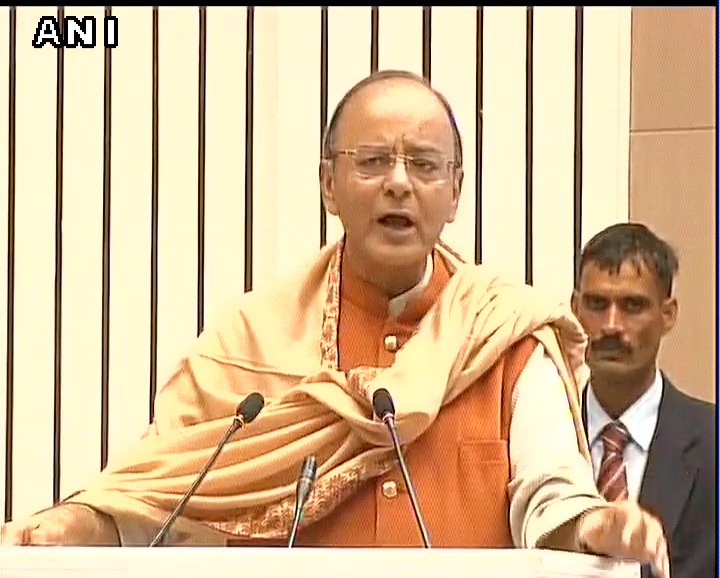 This had many people puzzled. What does Bill Gates have to do with anything that he’s been quoted out of the blue? Why would Bill Gates be the source of information on how many mobile phones or Aadhaar cards are in India for the Finance Minister with access to National statistics? For example the Assocham Deloitte study that says that internet connectivity is still out of reach for 950 million Indians? A few others, who had been paying attention to the news remembered Bill Gatesendorsing the demonetisation last month and then denying much knowledge of it and limiting his endorsement to the digitisation of the Indian economy.

But what does Bill Gates have to do with India’s demonetisation that he was even asked to comment or endorse it at all or that made headlines on the subject twice and a month later the Finance Minister used data allegedly provided by him to support the viability of this insane venture? 100 crores is 1 billion – in a country of 1.2 billion, with 22% of the population (264 million!) below an absurd poverty line. You’d need to hand phones to babies on birth to get that kind of penetration! That alone should tell you that the number is useless for anything more than propaganda. It is the total number of SIMs sold. Of them “active” – used once a month at a minimum – are 900 million. This number would also include dual SIM phones, SIMs used for non-phone devices (air pollution measuring devices, for example), multiple SIMs used for businesses and so on. This really tells you nothing about the kind of penetration that would allow cashless transactions. Far more accurate statistics with relevance to demonetisation are available for India that make it clear that India has 220 million (100 crore is 1 billion) smart phone users (not all of them have internet enabled).

For that, we must rewind a bit, to something I’ve mentioned briefly in previous articles and explore it in more details.

Worldwide, as banks fail to manage their money responsibly, we are seeing them flounder. Powerful companies and people writing and influencing monetary policies are encouraging cashless transactions – supposedly to improve the government’s coverage for taxation, but in reality, in a country with 70% of its population only owning 10% of its wealth while the top 1% own almost 60%, the cost of digitizing the vast majority of citizens is not even going to be covered by anything that can possibly be recovered from their meagre income that is way below taxable limits. It doesn’t take a hotshot economist to know that in a country where 1% of the population pays taxes, the “tax net” is unlikely to get any substantial benefits from being thrown over 100% to see who gets caught. The costs of such an exercise would outstrip any benefits.

What going cashless actually achieves is providing a lifeline to banks by:

This happening in India is of a great deal of profit to the global banking elite as well, as credit card services, banks invested in India and other financial service providers generate an income for banks based outside India with their shares of the seemingly small transaction charges on day to day use of money in a country of 1.2 billion people.

There is a great deal of effort put into “encouraging” countries worldwide into adopting cashless transactions by the global financial elite and governments stumped by failing banks and the lure of improved tax collection are capitulating, though none fell as hard and recklessly as the Indian government.

The Quint had correctly reported that the USAID had launched the “Catalyst: Inclusive Cashless Payment Partnership”, designed to scale digital payments systems in India in partnership with India’s Ministry of Finance on the 14th of October. This is the press release on the official USAID website. So it is unclear why The Quint updated its article to remove this information and instead add an update that it was initiated jointly by USAID and GOI, but commissioned on the 15th of November as though it didn’t happen till it was commissioned. Regardless, this explains what Bill Gates was doing there at all to be commenting on the demonetisation – that should have been a domestic issue. Among the organizations partnering in the Catalyst is the Bill & Melinda Gates Foundation. 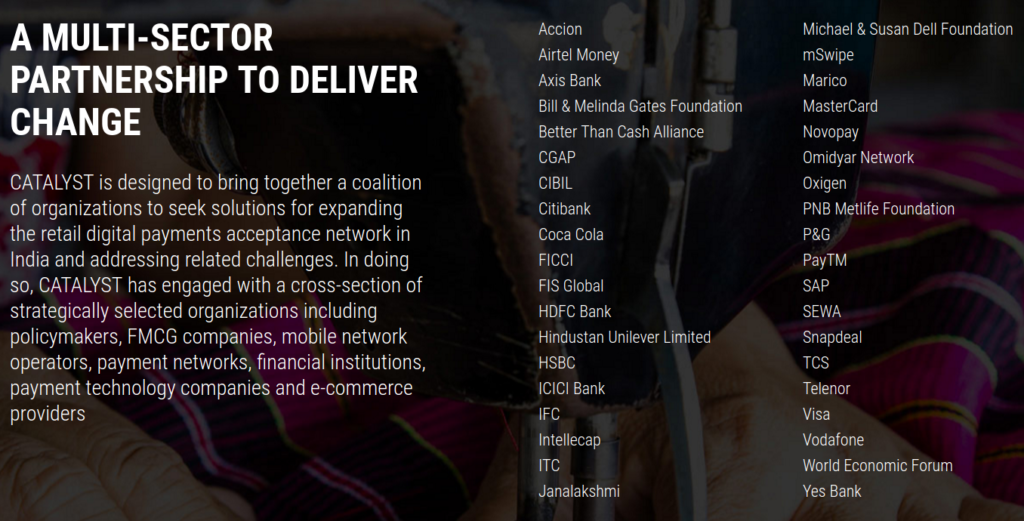 Also included in the list is the UN fronted Better Than Cash Alliance that India joined on the 1st of September 2015. To quote their website, “The Alliance is funded by the Bill & Melinda Gates Foundation, Citi Foundation, Ford Foundation, MasterCard, Omidyar Network, United States Agency for International Development, and Visa Inc. The United Nations Capital Development Fund serves as the secretariat.”

So, Bill & Melinda Gates, Omidyar Network, Mastercard and Visa participate as themselves as well as as part of the Better than Cash Alliance. USAID participates through the BCA. World Economic Forum participates directly. Many Indian banks, and surprisingly PayTM as well as phone networks are included.

Way before anyone in India articulated a need for cashless payments beyond the normal use for convenience – and there was an existing natural rate of adoption, USAID and its allies seem to have got the bright idea that India needed to go cashless and moved to get India to participate. Not one, but two organizations created in their need to “save” India from itself. One wonders why. The economy was doing well, the government was already undertaking means to improve access and inclusion of more citizens in the banking system – for example, the Jan Dhan Yojana, the expansion of the DBTL scheme (both of which put citizen’s money into banks, the second mandatorily) had both been launched before the government joining these groups for promoting a digital economy in India.

Given the catastrophic results of the demonetisation, and the complete absence of consulting with anyone in the country – the government’s own economists, RBI directors or security agencies included, it becomes important to ask just who was consulted and the quality of information that was provided and whether it influenced decisions adversely for the country.

There are reasons to believe that there may have been influence against National interest:

The article  orginally appeared in https://aamjanata.com/