What Brings Together BJP & Congress: The Shady FCRA Amendment 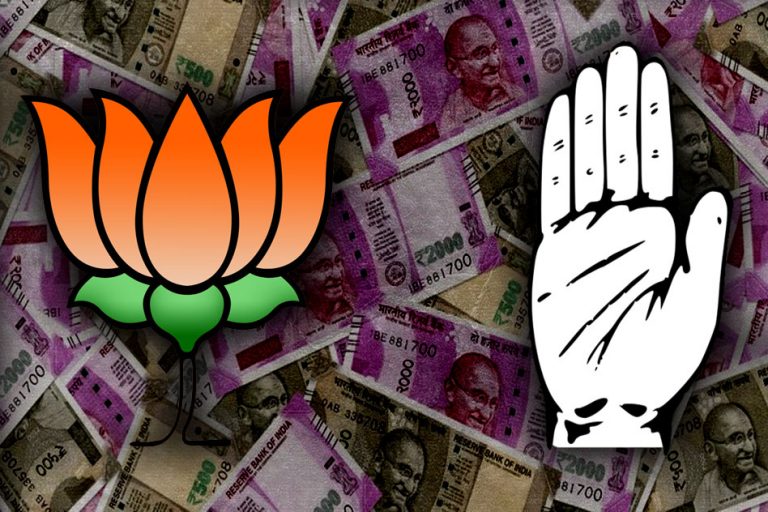 Buried in The Finance Bill, 2018 (soon to become law) are the following words:

Written in legalese, the words either sound boring or harmless to a layman. Let us break it down and unwrap the shroud of secrecy placed by the government to save its own skin and that of the Congress.

The Act prohibited political parties, candidates for elections, government servant or employees from accepting funds from “foreign source”, defined as a company with “more than one-half of the nominal value of its share capital held” by “corporations incorporated in a foreign country or territory”. In simpler words, any company with a foreign investment of above 50%.

However, both the BJP and the Congress received funds from London-based mining company Vedanta.

On March 28, 2014, a Delhi HC judgement found both parties guilty of violating provisions of the FCRA and ordered the government and the Election Commission to act against them. That same day, both the parties unitedly moved the Supreme Court against the HC’s decision.

If you can’t change the law, then ‘change’ the law

In the backdrop of clamping down on legally valid NGOs for violating FCRA and then cancelling their licenses, the BJP government slipped in an unnoticed clause in The Finance Bill, 2016, with obviously no opposition from the Congress.

Under the new provision, so long as the foreign company’s ownership of an Indian entity is within the foreign investment limits prescribed by the government for that sector, the company will be treated as “Indian” for the purposes of the FCRA.

The amendment was made retrospective from 2010. Meaning, donations received from foreign companies before 2010 were not covered under the new clause.

Ironically, the Vedanta donation was received prior to 2010 so the amendment did little good for taking the BJP and the Congress completely off the hook.

Enmity (or friendship?) of convenience

In favour of both itself and the Congress, the ruling party slipped in another hitherto unnoticed clause, this time in The Finance Bill, 2018.

To legalise “illegal” donations received before 2010, the BJP decided to go back further…by 40 years.

The government plans to amend the clause inserted in 2016 so that it covers the period beginning August 5, 1976.

Whether the government can make amendments in a law that no longer exists is a matter of contention to be debated upon by legal experts.

However, The Wirereports, there are at least 25 instances of the BJP and the Congress receiving funding from “Indian subsidiaries” of several foreign companies before 2010, in the range of Rs 5 lakh to Rs 5 crore. Donors include Vedanta, Dow Chemicals and Switzerland-based Mundipharma.

The amendment, apart from saving the skin of both the BJP and the Congress, opens up a floodgate of donations from foreign companies to Indian political parties. The nature of political funding in India from the corporate sector already raises eyebrows. The government had earlier removed cap on political donations and introduced the shady scheme of electoral bonds.

The current state of Indian democracy is a puppet in the hands of the BJP which hardly has any Opposition to keep it in check. Parliamentary sessions in India are more like screaming matches than our elected representatives actually debating on legislation crucial to the growth of the nation. It is evident that the BJP and the Congress are more alike than what is commonly perceived.