What do Avengers, Black Panther and Wonder Woman have in common?  The Abuse of Women 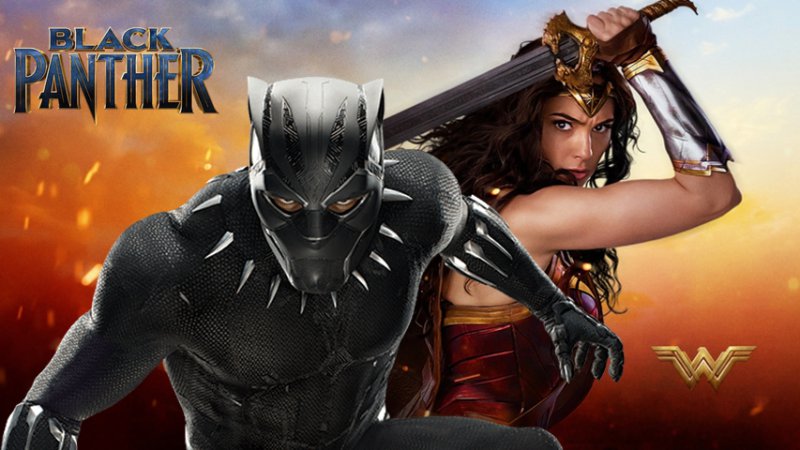 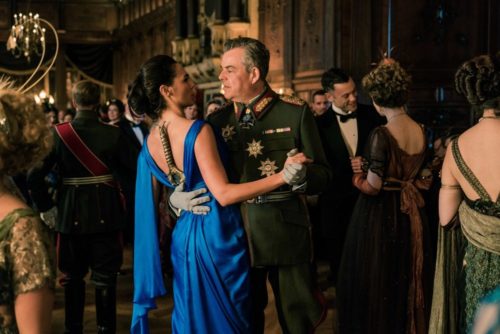 Just like Wonder Woman and Black Panther before it, Avengers: Infinity War is showing substantial muscle at the box office crossing the $1 billion mark in record time. But there is another, more problematic, use of force present in each of these comic adaptations – the consistent abuse of women.

In the fantasy realm of comics and film, superheroes capture our imagination and embody our notions of what it means to be good.  Yet time after time, whether they be lead or bit players, female characters have been the subject of intimate partner and family violence within the DC Comics and Marvel worlds.

Wonder Woman was a blockbuster extraordinaire that girls and women – including me – had been waiting for their entire lives.  But underneath the bad-ass costume and amazing stunts, Diana Prince is just like too many women.  Globally, one in three women have experienced physical, sexual or psychological violence in the course of their everyday lives – most often at the hands of a male partner or family member.

In the film’s epic battle, Wonder Woman faces off against her nemesis – her own brother – mimicking the violence experienced by women at the hands of family members.  According to UNFPA, at least 5,000 women die per year as a result of honor killings and nearly two million are forced to undergo female genital mutilation, often at the behest of family.

Like the millions of women who came forward during the #MeToo movement, Wonder Woman is also subject to sexual harassment. Verbal abuse is cloaked as humor; nearly every male character in the film has some commentary on Diana’s physical appearance or her mere presence.

She is objectified, and mansplaining is used to maintain power and control over her.  Nearly half of women experience this form of abuse, which may be more harmful than overt psychological aggression. “Emotional abuse is worse. You can become insane when you are constantly humiliated and told that you are worthless, that you are nothing” stated a participant in the WHO multi-country study on violence. Despite being hailed for its feminism, gender-based violence pervades Wonder Woman sending a strikingly sexist message:  This is the treatment that even the most wonderful of women deserve.

Black Panther was similarly widely anticipated and unique in its intersectionality; positive images of black women are admittedly far too rare.  Wakandan women are portrayed as warriors: fierce, intelligent and beautiful.

Yet there is only one African-American female character in the film and as scholar Jonathan Gayles pointed out, few people can name her.  She is Linda, the girlfriend of Killmonger, who is murdered by him in an act of unfettered violence.  Even in the Afro-centric vision of Black Panther, where Wakandan women are treated with respect, this African-American woman is discarded.

The pattern continues in “Avengers: Infinity War.”   Spoiler alert: The film’s villain, Thanos, kills his daughter Gamora.  Sadly, parents are most often responsible for child murder; 56.5% of child homicides can be attributed to parents.  For those who survive abuse, the outcomes are nearly as troublesome.  Women who experience childhood trauma and family violence are more likely to experience abuse at the hands of a partner over the course of their lives.

Some might say that these films are fantasy, or simply a reflection of reality – and that’s true.  But particularly in the superhero genre they also represent the world as we hope it will be:  one where good triumphs over evil.

The little girls and boys looking for role models in these stories have them – and they include troublesome narratives of family and partner abuse.  They set the stage for what girls and women can expect from parents, siblings and partners; they also demonstrate to boys what being a heroic man looks like, and how to treat women – including the perpetration of violence against them.

Nearly 40% percent of rapes occur among college-aged women, who along with adolescents make up a large target audience for superhero flicks.  What is the message then when after sharing a battle victory and romantic dance, Steve Trevor walks Diana Prince to her room for the night?  As he starts to close the door, Diana makes eye contact.  Assuming her consent Steve enters the room, closing the door behind him. Viewers assume that a sexual encounter comes next; but there is no explicit consent.  The idea that consent is at best ignored, and at worst misses a key opportunity to model how boys and men can engage in stopping forced sex.

If Diana had invited Steve to her room, the message would have been about female sexual pleasure and power.  Instead her power is taken from her.  Rather than smashing the patriarchy, these films embed patriarchal power even more deeply in the minds of young viewers.

As a little girl I emulated Lynda Carter and cried when my Wonder Woman Underoos were stained with peanut butter.  Those formative impressions have impact today – my office is scattered with Wonder Woman notepads and coffee mugs, and I still strike a power pose before big meetings.

I am a lifelong and unabashed Wonder Woman fan; I am not a film maker, media critic or Marvel SuperFan.  But I have seen enough superhero movies to be a realist. I know these are action films and there will be violence.  I just never expected that so many films, including those heralded for girl power, would include so many kinds of abuse against women, especially at the hands of loved ones. Some viewers, like those involved in Gamergate’s threats against women who enter a perceived male realm, might like to keep it that way.

One thing is certain about the future of superhero films.  There will be more.  A Black Panther sequel has been confirmed, as has the next installment of the Avengers series.  Wonder Woman 2 is set for release in June 2019.  Gal Gadot, the actress playing the superheroine, has already leveraged her star power to ensure that Brett Ratner — a director facing allegations of sexual assault –won’t be a part of the film.  Now, others involved with the development and production of these films need to do their part to change the violence against women narrative.

The rest of us will be waiting, and watching, for the sequel.

Dabney P. Evans, PhD, MPH is an Associate Professor of Public Health at Emory University and a Ford Public Voices Fellow of The OpEd Project.

What do Avengers, Black Panther and Wonder Woman have in common?  The Abuse of Women