What Does The Latest National Family Health Survey Reveal About The Nutritional Status Of India? 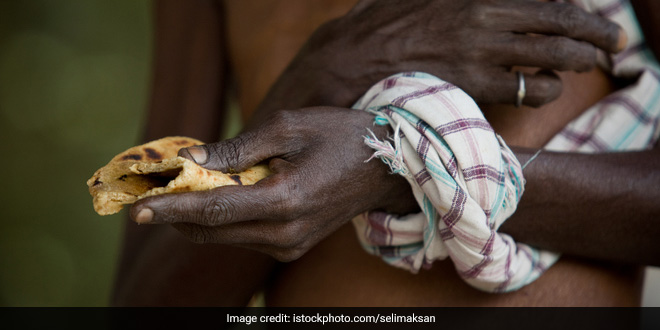 The government on Wednesday, November 24, released the factsheets of key indicators, including nutrition, for India clubbed under phase two, of the 2019-21

The children need a safe and dignified place to survive and thrive: Expert

New Delhi: The fifth and the latest round of the National Family Health Survey (NFHS) has shown that the percentage of anaemic individuals, as well as obese children and adults, rose in India in the last five years. Moreover, as per the survey, several of India’s nutritional indicators have showed very minor improvement, since the fourth round of the NFHS, which was conducted in 2015-16.

The government on Wednesday, November 24, released the factsheets of key indicators, including nutrition, for India and 14 states and UTs, clubbed under phase two of the NFHS-5 conducted between 2019-2021. Here are the main highlights from NFHS 5 compared to the findings of the previous edition of the survey done between 2015-16:

It is indeed heartening to see improvements in some child health and nutrition indicators in India, as revealed by the fifth round of the National Family Health Survey (NFHS-5). But a closer look at the trends suggests it’s a long way to go in meeting Poshan Abhiyan targets and the United Nations-mandated Sustainable Development Goals (SDG) within the 2022 and 2030 deadlines respectively.

The second phase of the latest NFHS data included information on key indicators and trends of child health and nutriution for 14 states and Union Territories (UT):

Data related to the other 22 states and UTs were published in 2020.

As the first phase of data were collected before the COVID pandemic struck, it is difficult to assess the scale and quantum of the impact caused by the pandemic on the status of child immunisation and many other child health and nutrition parameters as well.

According to the recent NFHS numbers, India has made good progress in child immunisation indicators: 76.4 per cent of those in the 12-23 months age-group were reportedly vaccinated with BCG / measles and three doses each of polio and DPT in 2020, up from 62 per cent in 2015 — a growth of 23.23 per cent in the last lustrum.

The point to be noted, however, is that child immunisation programmes clearly fall short of reaching the last-mile child.

One can also see some positive trends when it comes to child nutrition, feeding practices and mortality rates. At the same time, the progress falls much short of achieving SDG targets — thus providing an early warning sign of delay in fulfilling commitments in securing long term gains in child nutrition.

There is some improvement in the status of birth weight, wasting and stunting. But there is only a marginal increase in the percentage of children below three who have been breastfed within one hour of birth: 41.8 per cent in NFHS-5, up only 0.48 percentage points from 41.6 per cent in NFHS-4.

Though the percentage of wasted children below five decreased in five years — to 19.3 per cent (NFHS-5) from 21 per cent NFHS-4), the percentage of those under five and severely wasted actually increased (NFHS-5: 7.7per cent; NFHS-4: 7.5per cent).

The biggest worry is the rising trends of anaemia. A close look at the numbers reveal that anaemia among children has increased considerably from the previous round. In NFHS-4, 58.6 per cent children within the age-group of 6-59 months had been reported to be anaemic, while in NFHS-5 it is 67.1 per cent, showing an alarming growth of 14.51 per cent.

The target set in the National Nutrition Strategy (NITI Aayog) was a reduction in prevalence of anemia in children (6-59 months) from 58.4 to 19.7 by the year 2022.

Reducing the prevelance of anaemia in women and children, therefore, is important. It is also often associated with chronic malnutrition, spontaneous abortions, low birth weight, neonatal and infant mortality.

There is one interesting point to be noted though: While maternal aneamia is on the rise, intake of Iron Folic Acid (IFA) supplements by expecting mothers during their first and second trimester has shown some improvement too.

NFHS-5 showed that 44.1per cent of mothers consumed IFA supplements for 100 days or more during pregnancy, while the figure was 30.3per cent in NFHS-4.

Overall, one cannot disagree with the fact that improvement in maternal health outcomes has the potential to not only improve the health of women but also impact the health and nutrition outcomes of their children, especially in the initial years of growth.

Therefore, increasing focus on improving gender equity in health and nutrition has the potential to break the intergenerational cycle of malnutrition.

While findings of the latest round of NFHS conveys some good news when it comes to securing gains in child health and nutrition, it needs more efforts across many indicators to achieve Poshan Abhiyaan and globally agreed upon SDG targets which India is a signatory of.

Let us not forget that a majority of our child population still suffer from multiple forms of malnutrition and hunger. And given the fact that much of the progress made in the recent years might have been undone by the deadly COVID pandemic, it is critical that we do not allow it to derail the gains we have made thus far and use this opportunity to build back better and equal.

This calls for considerable increase in public provisioning on child health and nutrition. Only a transformative increase in budget allocation to address child malnutrition and hunger, coupled with a strengthened health delivery system and a robust monitoring mechanism in reaching out to the last mile children, can make us ensure healthier childhoods.

Experts Take On The Current Nutritional Status In India

The results provide an early warning sign – the way it is progressing, it would be difficult to achieve the Poshan Abhiyan and UN Sustainable Development Goal targets. My analysis says that India needs doubling, tripling or quadrupling efforts in many indicators to achieve Poshan Abhiyaan and UN Sustainable Development Goals. Today, India’s population suffer from all forms of malnutrition and hunger- calorie, protein and hidden Hunger ( micronutrient deficiencies are popularly known as hidden hunger). We need to strategise our thinking and actions to address all forms of hunger and malnutrition.

Mr Kar says that now, the time has come to realise this impending famine and addressing the malnutrition holistically; addressing the root and structural causes- gender inequality, deprivations and high level of exclusions, poor governance and entitlements, economic constraints, myths and misconceptions.

The children need a safe and dignified place to survive and thrive. The first 1000 days of life starting from conception to two years of age as first window of opportunity and adolescent girls as second window of opportunity need to be prioritised. The convergence has always been a challenge. The quality home contacts and inter- personal counselling and Village Health Nutrition Sanitation and Health Day ( VHNSD) as a grassroot forum for convergence will be key to prevent nutrition disruption and spread nutrition message.

Mr Kar asserts that nutrition must be part of a household name and our ideology and that India needs a Nutrition Revolution with women leading at the front.

The Jan Andolan already mandated under Poshan Abhiyan needs a big push. The local government bodies, women self help groups and Anganwadis need to work together. India’s more than 3.5 million women nutrition warriors need to work in a mission mode for a Mission Malnutrition Free India. It is all about fighting malnutrition together.

Dipa Sinha, Assistant professor, Ambedkar University, Delhi from Right to Food Campaign also tells NDTV that the rise of anaemia and obesity in India is a serious cause of concern.

Clearly the NFHS 5 doesn’t show improvements as per the Poshan Abhiyan goals. We have very slow improvements at the moment. We need to target the exact districts, castes, tribes, who are the most vulnerable and where the nutrition outcomes are lacking.

When it comes to the status of institutional deliveries, Ms Sinha says that this figure has been gradually increasing for quite some time and it is a positive outcome. She also flags the minor improvement in breastfeeding and says that we should have seen better outcomes on that front as well.

This edition of NFHS shows that our commitment towards improving nutrition has to go up much more. There was a lot of noise in the past 5 years due to Poshan Abhiyan, but it didn’t turn out to be enough as it is an awareness campaign. We need to invest more in nutrition, we need more resources to ensure significant improvement in India’s nutritional status, Ms Sinha signed out.

Modi "advised" ex-DGP to go soft on Sangh Parivar, said 2002 Gujarat violence was "natural, uncontro...
Nutrition: In Budget 2020, we are eating Smartphones
1,892 US Veterans Are Thought to Have Committed Suicide in last 3 months
India - How have the Courts treated Women this past year?