‘What he stole is rice. The reason, hunger’: Shock over Kerala Adivasi man’s death 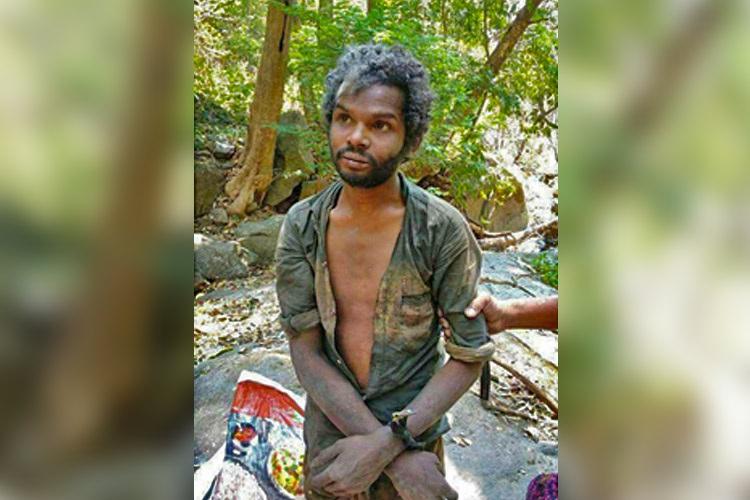 The death of Madhu, a 30-year-old Adivasi man who was assaulted by a self righteous mob in Attappadi in Kerala, has left a wound in the conscience of the state. Accused of stealing rice and groceries worth Rs 200, Madhu was confronted and assaulted with sticks by a group of men, who then handed him over to the police. And when the police were taking him to the station, Madhu vomited blood and died before he could get medical help.

As Kerala comes to terms with the ugly incident, one person who has been left completely devastated by this is Madhu’s mother, Malli.

“My son would have managed to survive somehow in the forest, by eating whatever he got. And I would have had the solace of knowing that he was alive. Now, he has been lynched,” Malli told Manorama News.

“He didn’t live in our house for nine months… I haven’t seen him for the last nine months. I would come to know that the police had nabbed him and put him jail. But even if he was caught, he would manage to get out soon,” she said.

The incident has been condemned by people across the state, including the DGP, Lokanath Behera, who has insisted that people should not take the law into their own hands.

“Even if there is theft, what the people should have done is to hand over the accused to the police. Mob killing does not happen in Kerala – though it does happen in some other states. Kerala society is not like this. This is an unfortunate incident, and it should have been avoided. People should restrain themselves,” the DGP said.

Promising action soon, the DGP said, “There is a video of the incident, therefore it won’t be difficult to identify the culprits.”

While the police have arrested two men involved in the incident, the pace of action has been criticised by many.

Condemning the incident, former Kerala CM and senior Congress leader Oommen Chandy said. “Even after such a shocking incident, why is it that the police is delaying action? Are they afraid of someone? Strict action must be taken at the earliest.”

CPI (M) state secretary Kodiyeri Balakrishnan in a statement condemned the assault, and said, “It reminds one of the honour killings that happen in north Indian states where RSS and Sangh Parivar have dominance. Swift action must be taken to nab the culprit.”

Opposition leader Ramesh Chennithala meanwhile said that the law and order situation in the state had completely broken down. “This is a humiliation to Kerala society as a whole,” he said.

The fact that one of the alleged assailants even took a selfie with Madhu in the background, with his hands tied and being reprimanded by another man, has caused even more outrage.

Palakkad MP, MB Rajesh, in a Facebook post wrote, “The mob killing in Attappadi is shocking and deeply painful. The fact that the deceased was an Adivasi youth who had mental health issues, add seriousness to the incident. Such tendencies should be nipped in the bud. The cruelty of the assailants who took a selfie after tying his hands and legs, before killing him is chilling.”

“Kerala should not be made into north India. It’s an attack on the democratic sense, consciousness and sense of justice of the land. The ‘selfie’ culture of making violence similar to life evokes panic,” he further wrote.

Noted writer and activist Sara Joseph took to Facebook to write, “This is a dangerous face of the Malayali people. I am scared realising that this is the attitude of the rich towards starvation and poverty… I feel ashamed of those parents who teach their children to eat in excess and drink at five star hotels. What he stole is rice. The reason for that was hunger. Where are the gods?”

Many are sharing an image with a picture of Madhu, in which he is imagined as saying, “Brothers, I stole because I was hungry. Should I be killed for that?”

Another post with a drawing of Madhu reads, “Why he was killed? Because he stole? Should he be killed for that? Because he was black and not well-dressed, and was hungry too?”

Actor Joy Mathew took to Facebook to condemn Madhu’s killing, saying that the state of Kerala must hang its head in shame. “They beat him to death, accusing him of robbing a shop for items worth Rs 200. Since Madhu is not part of any political party, there will be no one to fight for him. But, we should all feel ashamed thinking about that Malayali who took a selfie and celebrated, just moments before Madhu was beaten to death,” Joy Mathew wrote.

Writer CS Chandrika in her Facebook post said, “The Adivasi population in Kerala is merely 4.45 lakh. The answer to the question of where adivasis stand in the planning, programmes and the rigorous official meetings being held for the state’s development, lies in the death of hundreds of Adivasi children in Attappadi. Killing an Adivasi, who was starving, by tying him up, is a continuation of those deaths. The life and death of Adivasis reflect the heinous,