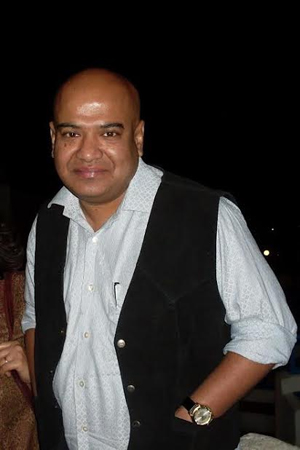 A magnificent piece of investigative film-making by Shubhradeep Chakravarty who tragically passed away just a few years after making this film and other hard hitting exposes of the regime that now rules India.

Encountered on Saffron Agenda is a documentary by Shubhradeep Chakravorty on encounter killings in Gujarat. Since the film is a close and ruthless look at the ‘science’ of encounter killings in the saffron laboratory of Gujarat, it is not surprising that has been attacked by the Sangh mobs when screened in Bhopal and Jaipur.

Each time an encounter killing took place, the Gujarat police would file an FIR saying that the accused was a dreaded anti-national, on every terrorist list. In each case, it also stated invariably, that their intention was to assassinate Narendra Modi. In this manner, Modi became a hero to be worshipped, the leader of a state under attack. The case of Sohrabbuddin Shaikh brought the issue into the public domain. But Gujarat is a land of many more Sohrabuddins. The film sheds light on some of these stories, interviewing friends, family and co-accused to uncover the gory trail that led to these deaths. Through documents, newspaper articles and interviews, Chakravorty reconstructs a chilling paper trail that leads to the final killing.

The petty criminal becomes a lurking assassin, a dreaded terrorist, out to kill Modi. In each case, those who fell to the police bullets were Muslim men and women, from lower class families and with little education. There is the case of Sadih Jamal Mahtar, booked in two cases of altercation and gambling, who was shot down because it is said he was plotting to wage war against the state. Each case is ridden with loopholes. The claims defy all credulity. For example, it is inconceivable that Samir Khan Pathan, guarded by 22 policemen, would try to escape by snatching a policeman’s gun and firing, as the FIR claims.

Especially tragic is the case of Ishrat Jahan, Javed Shaikh and two nameless others identified as Pakistani nationals. The camera shows their dead bodies, lying bullet-ridden on the road, splashed in the photographs of leading dailies. The police claimed that they were militants, engaged in the manufacture of bombs and targeting Narendra Modi; and that these highly-trained militants were carrying bombs in their car shaped like coconuts. The film interviews Javed’s father, Gopinath Pillai who narrates how just days before his son’s death, he presented his family with coconuts for drinking and cooking! There is little else to be said.

But the truth is that the facts no longer matter. In India, an encounter killing is a commonplace thing. But here, these are public killings staged away from the public eye. Despite engaging in gun-battles, the police never suffer any injuries. As the father of one of the victims states, “not even a dog got killed, not even a tree got a bullet.” No one in the neighborhood hears the sound of firing. There are allegations of rape and torture in police custody, before death in an unknown location.

None of the details offered by the police or the state stand up to any scrutiny. In each case, the accused are exonerated in legal proceedings, but this has little value in the face of the finality of death. Witnesses to police brutality are eliminated with an ease that is astounding. In this realm of half-truths and outright lies, the film also catalogues the complicity of the media, and its willingness to unquestioningly accept the claims of the police.

Chakravorty has done a courageous job of uncovering the truth and fixing responsibility. The courage of all those whom he interviews, who come together to accuse the state of its crimes is also exceptional. That the film has served to unmask the truth and unsettle those whom it indicts is very clear: witness the attempts of the Bajrang Dal to prevent screening of the film in Bhopal and Jaipur (the capitals of BJP-ruled MP and Rajasthan).

To unmask the truth is one thing. Far more difficult to get the machineries of the state to act upon its own servants. Behind each encounter killing is not simply the hand of a police officer like Vanzara, but a complicity stretching up to Narendra Modi. Until such time as the guilty are punished, the deaths of those murdered by the state in cold-blood continue to stare us in the face.

Synopsis: Any fake encounter is a gross violation of the fundamental right to life and liberty of the victim, which is protected under Articles 14 and 21 of the Constitution of India. In a democracy, the state cannot perpetuate any form of terrorism on its people. So, each and every fake encounter needs to be condemned in strongest possible words. But when we talk about fake encounters in the context of Gujarat it takes a very different dimension. The documentary “Encountered on Saffron Agenda?” shows that these Gujarat encounters are not only gross violations of the fundamental rights to life and liberty of the victims, but they were exclusively used to demonise minorities and to strengthen the politics of hate in the state. Exploring this phenomenon in the context of Godhra train burning incident, in which 59 passengers (including several karsevaks) were killed. Without any investigation, the blame was put on Muslims by the Modi government of Gujarat as well as then BJP-led central government, and with that it was claimed that “Islamic terrorism” has arrived in India and found Gujarat as its breeding ground. Attacks on Akshardham temple and Indian Parliament building were cited as further examples of that brand of terrorism.

What is Land Inequality and how does it threaten women
India - Dalits Still Sent To Die In Gas Chambers
Internationally Trained Medical Doctors are Part of the Solution in Post-Covid-19 Canadian Healthcar...
The NPT and the nuclear ban treaty